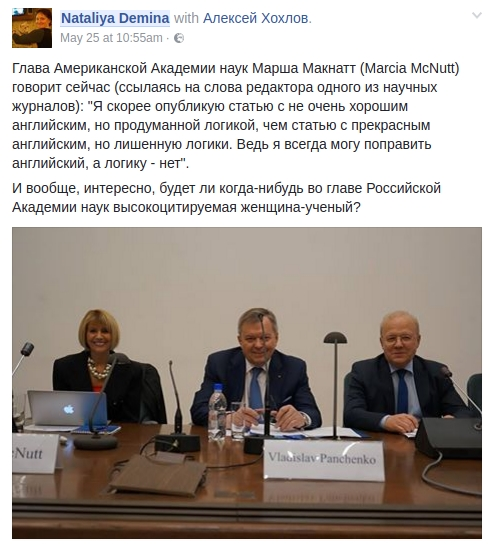 It annoyed me, like so many posts dragged into the feed through my Facebook connections’ reactions to them tend to do, and I confess that for several minutes I contemplated some caustic remark, but then I took a deep breath, and thought better of it. But today I came across an article about writing in English, which expressed an opposite view (also in a trite and mildly infuriating manner):

Here’s a letter to alumni from the head of the New England boarding school I attended when I was a boy. “As I walk around the Academy,” she writes, “and see so many gifted students interacting with accomplished, dedicated adults” [that means boys and girls talking to teachers] and consider the opportunities for learning that such interpersonal exchanges will yield…” Interpersonal exchanges! Pure garbage. Her letter is meant to assure us alumni that the school is in good hands. I’m not assured. One thing I know is that she shouldn’t be allowed near the English department, and I’m not sure she should even be running the school.

So, by some freak of associations, it reminded me of that Facebook post and of my feelings towards it.

0) We don’t have Marcia’s exact words here — we have a translation of her words. Which may obscure certain nuances.
0.0) We don’t quite know the context in which those words were spoken. It could have simply been a gesture of politeness towards her non-native-English-speaking hosts.

But, those preliminary considerations aside...

1) She seems to be of an opinion that "language" and "logic" (or whatever word she used) are two distinct, separate (perhaps even unrelated?) things. (Cheers to Stephen Gould and his "non-overlapping magisteria" :-) ). That you may have "good logic" in a piece written in a "bad language".
2) But isn’t the "language" the means of expressing the "logic"?
3) And what on earth does she mean by "good" (or "not-so-good") English? Is it the errors in grammar or punctuation, that indeed are easily fixable? Or is it a poor lexicon and improper word usage? Or is it clumsy syntax heavily influenced by the writer’s native language? Or an unorganized and unstructured mess of a text? Because all of those (and probably many more) may qualify the text as being written in a "bad English". And some of those are enough to pretty much obliterate "good logic" from the paper.

P.S.: Re. the afore-mentioned article. I suddenly realized that is was written by William Zinsser. Of course! That explains why it sounds like something written by Chukovsky, or, I don't know, Ilyakhov.
Subscribe