I haven't been following this, and it's surprisingly hard to fact-check, because neither the WHO page nor Wikipedia list the nu variant either; but since those Greek letters are assigned by WHO, I'm inclined to believe the tweet. Hilarious. 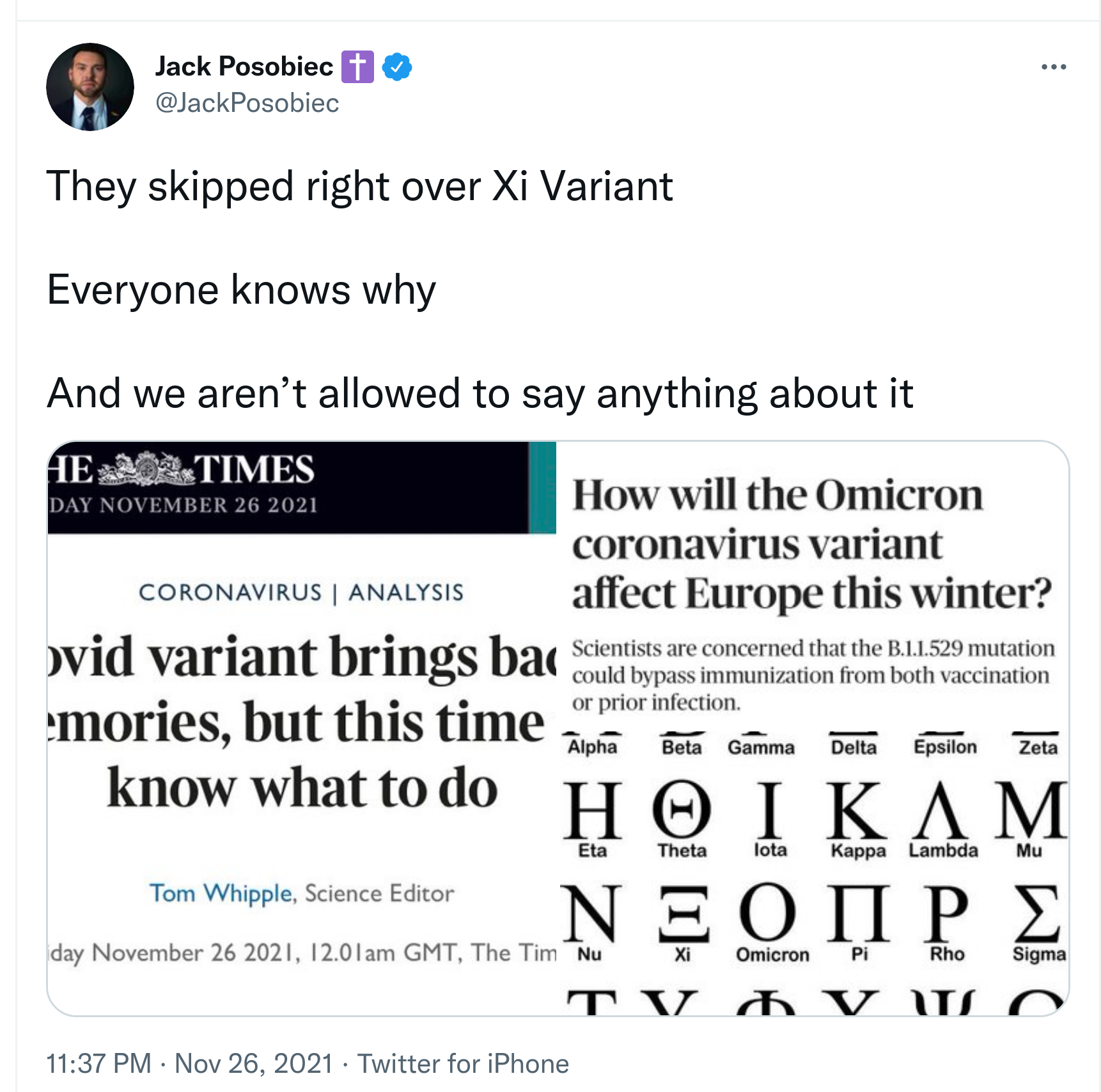 Several days ago, I saw a cartoon in the Times that I couldn't make sense of. On the right side is what looks like the queen (?), possibly because of how she seems to have been removed from the public as of late. 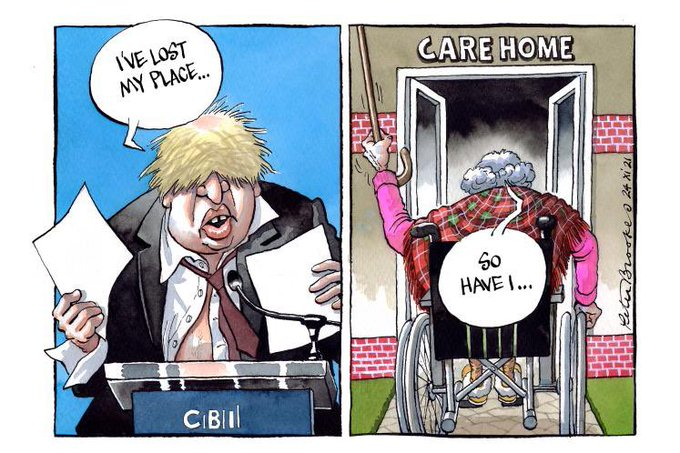 But I couldn't decipher what the left plate was alluding to until yesterday I learnt of this incredible performance:

Fortified by a strong dose of skepticism, I opened Robert F. Kennedy's new book The Real Anthony Fauci. Oh, it certainly has flaws, the most obvious of which so far being how comically and single-mindedly the book projects all ills originating from the pandemic onto the figure of Anthony Fauci; but it also makes some interesting observations. Here, for example, are several pages on Fauci's pronouncements about masks. The currently accepted narrative (already not very complimentary to the man) is that Fauci knew, from the very start of the pandemic, that masks were an effective prophylactic measure, but wanted to avoid panic buying, and to that effect told the public not to wear masks; later, however, after ensuring a sufficient supply of masks for health workers, he changed his recommendations, and also confessed to his noble lie. Kennedy thinks — if I am reading him correctly — that Fauci's initial recommendation was given in earnest, because is was consistent with the conventional medical wisdom common in the Western medicine at that time. Kennedy mentions that Fauci gave the same recommendations in his private emails; but, sadly, does not provide any quotes. If Kennedy's version is correct, then Fauci's later story about him intentionally misleading the public for the greater good was itself a face-saving lie. 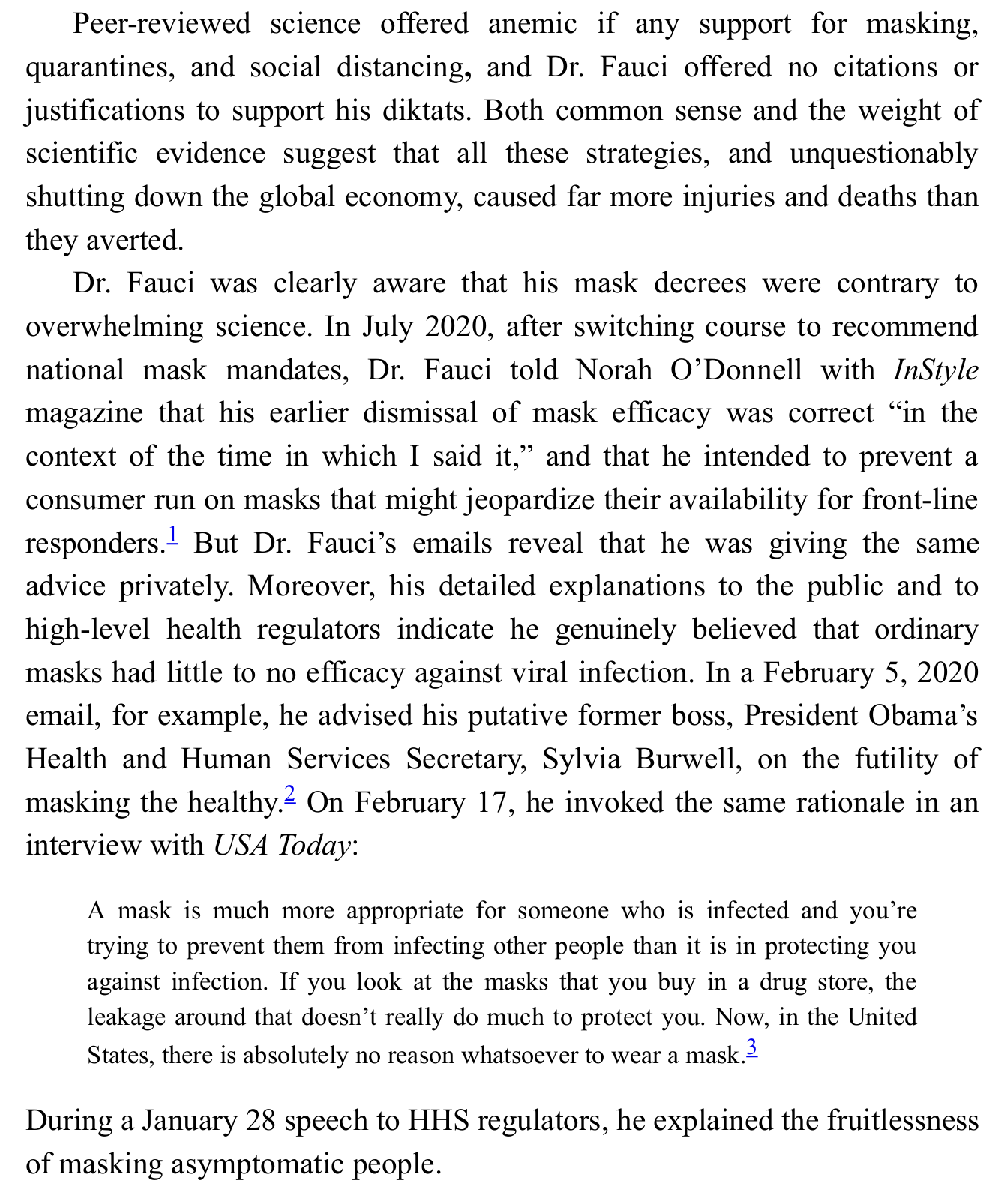 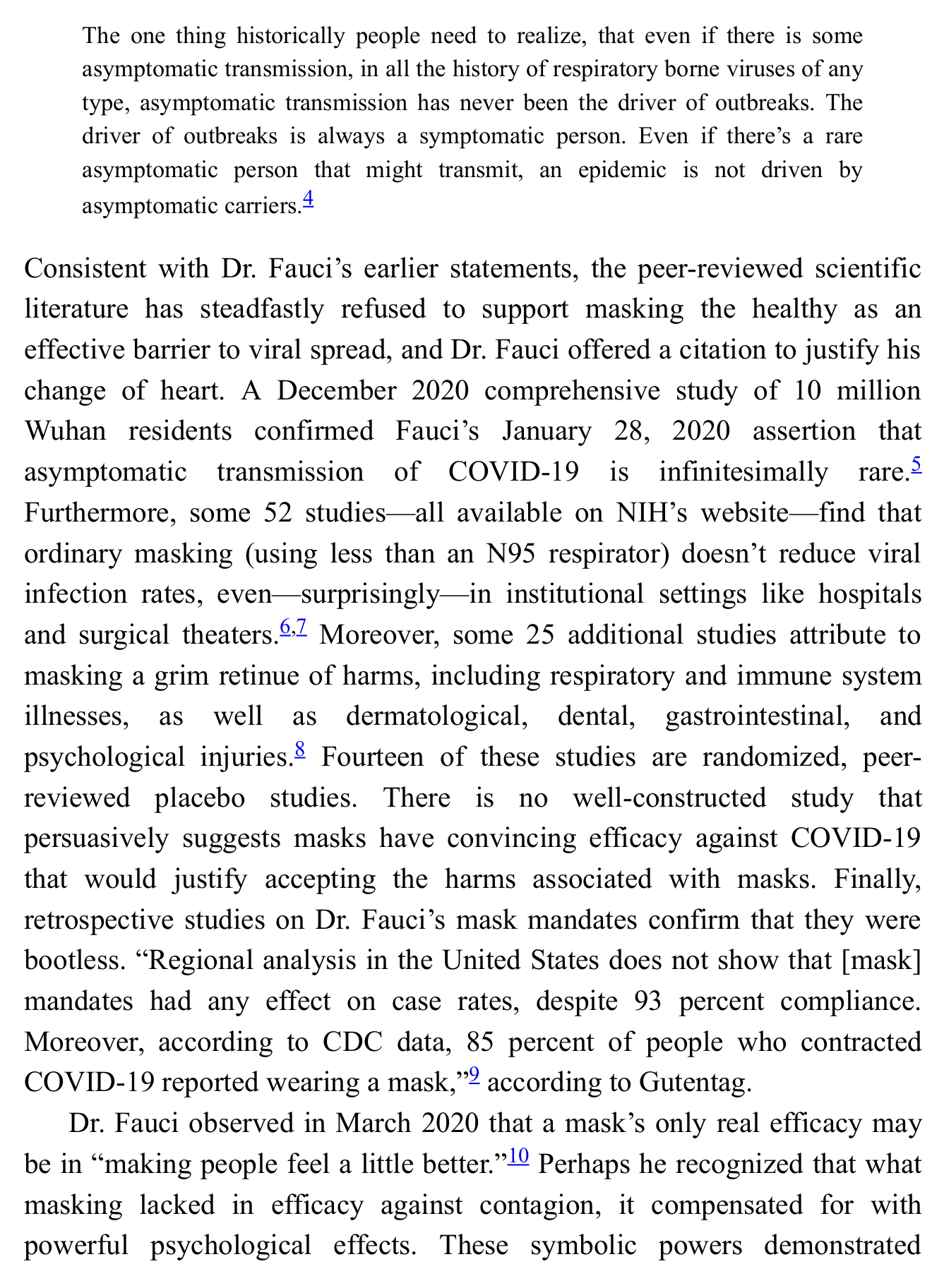 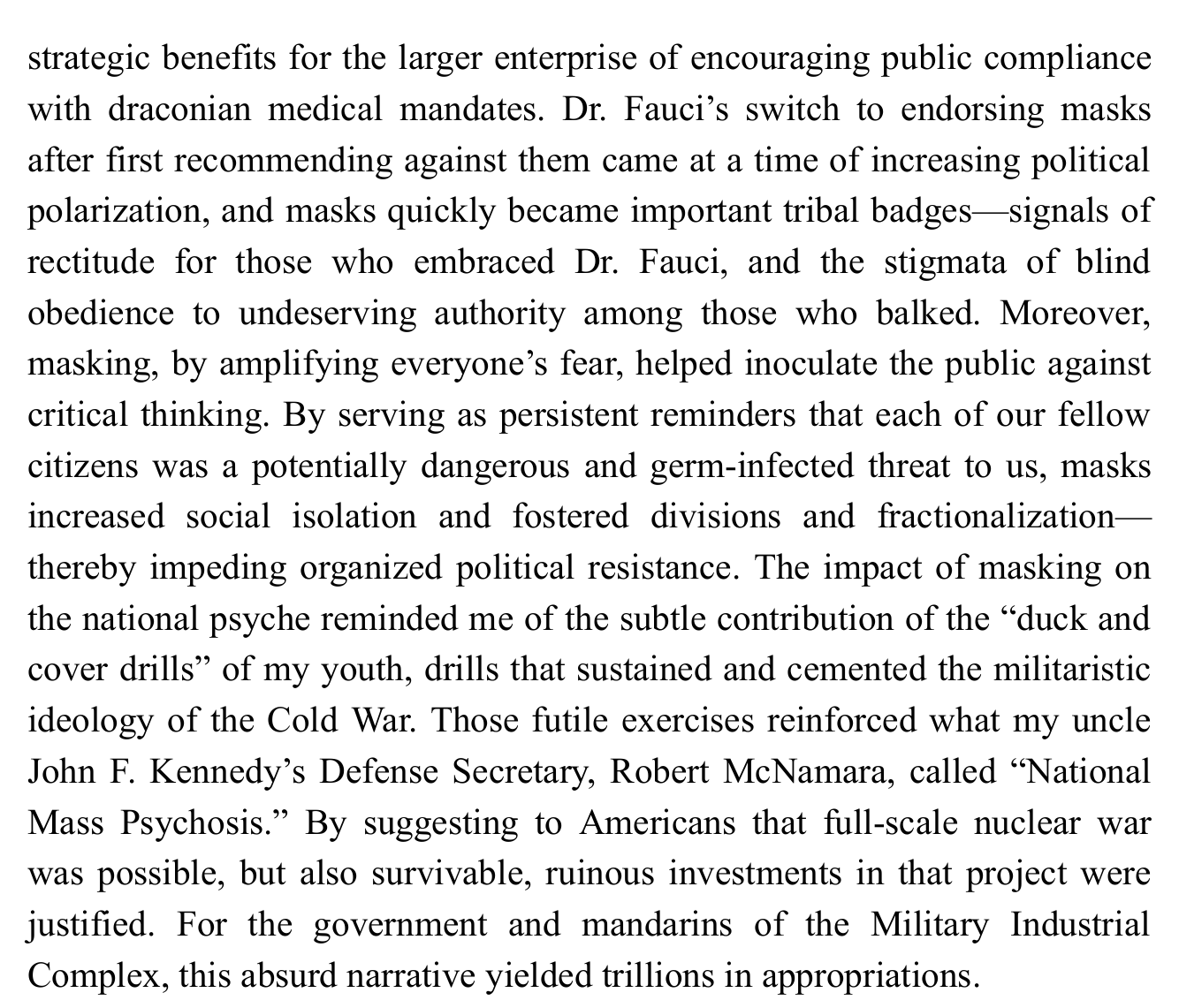