I am caught in this cycle of samsara. Designs eschew technical simplicity. We throw react at them, with little concern for accessibility, and with a gloomy apprehension of looming complexity. The thing grows clumsy and brittle. I get grumpy. And on and on it goes.

They won't have time to release React 18 by that time, I don't think. Still, maybe they'll at least release a beta? Lots of speakers from Facebook (every speaker with pronouns in their bio). 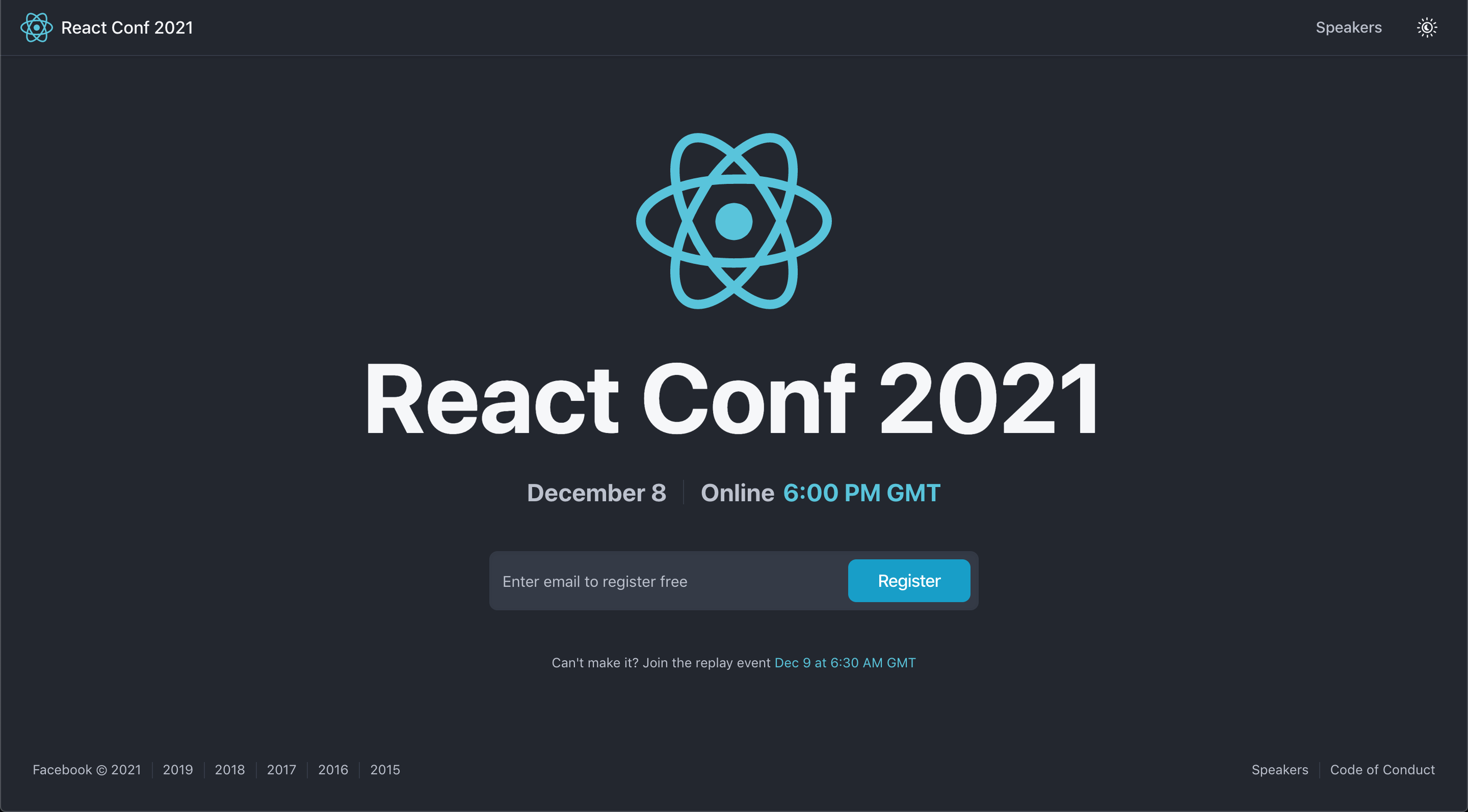 Apropos the new docs site, their new docs are geared towards a much more entry-level developer, who doesn't even have a firm grasp on javascript yet. I don't like it, for various reasons. One is that this makes it harder for more experienced devs to use the docs as a quick reference; but more so because it is an effort to streamline new developers into react. The motivation, inasmuch as I saw on social media, is couched in phrases that include words such as diversity and gatekeeping; but as a result, another group of more traditional web developers complains of js-heavy sites using the same magic words, diversity (of users, inadequate) and gatekeeping (from html/css developers).
Collapse