Via a tweet, but I thought I'd get my own copy. A beautiful illustration of how a caption totally misrepresents what's been captured in the photo. It was made by the Associated Press and appeared in various other media. The man shown on the photo is not screaming profanities — he is shouting "I just love Dave Chapelle" (although, on second thought, some might consider these words a profanity). One of the peaceful protesters had, seconds ago, snatched away his sign and trampled it. Another peaceful protester, whose hands are visible in the frame holding the tambourine, is screaming "repent, motherfucker" (her insane banshee wail was probably what made this video so hilarious and viral). But — there's the caption. 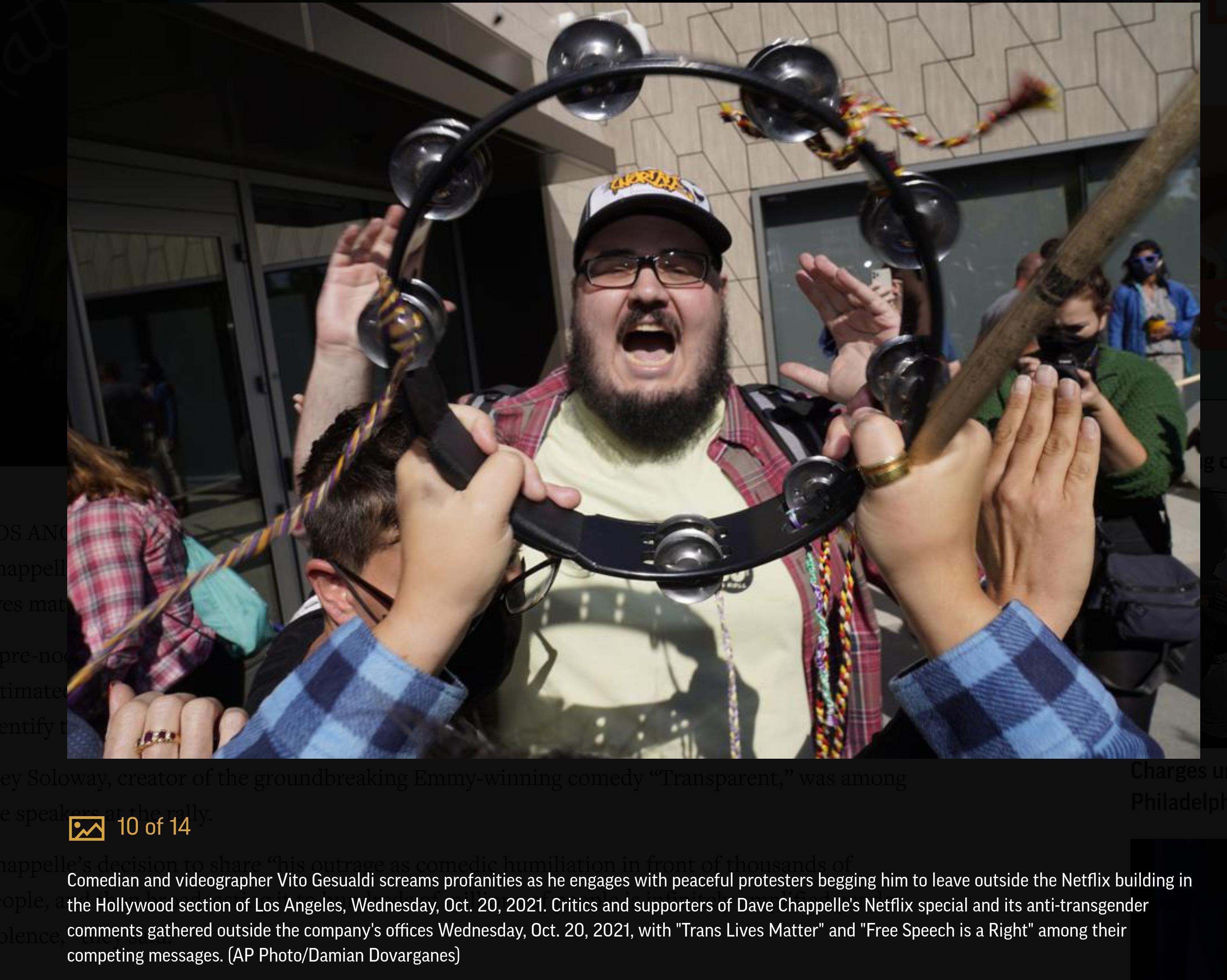 (the video footage of this episode)


P.S.: oh, the Associated Press has since been shamed into updating the caption:

On the pitiful state of the style of modern Russian communication.

"There is no alternative", writes an author, and then immediately outlines an alternative.