Yeah, this argument is being held in the name of inclusion: 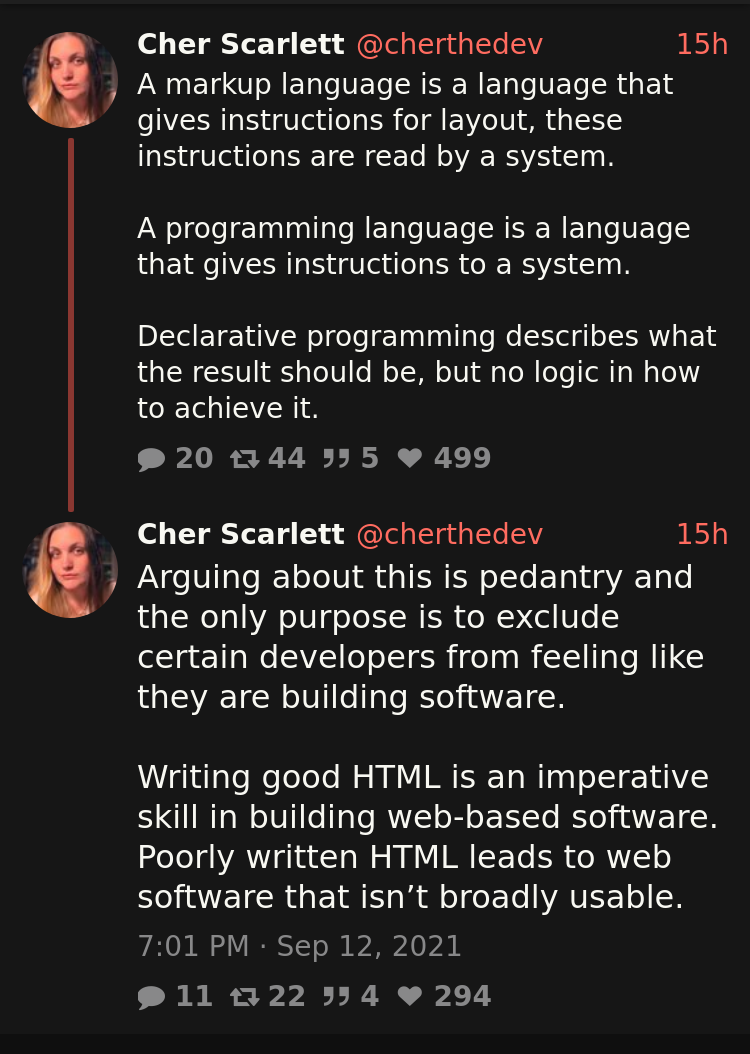 I can't even imagine the state of mind of people who need to be told, on a regular basis, that they are doing programming and that they are writing software. Why should it even matter? This need for constant external validation is ... weird.

I've only seen this verb in such contexts (as opposed to "how to center a div") in wokespeak, spreading like wildfire over the last year or two; and here it is, in an adjacent technological context. Very noticeable, and jarring. 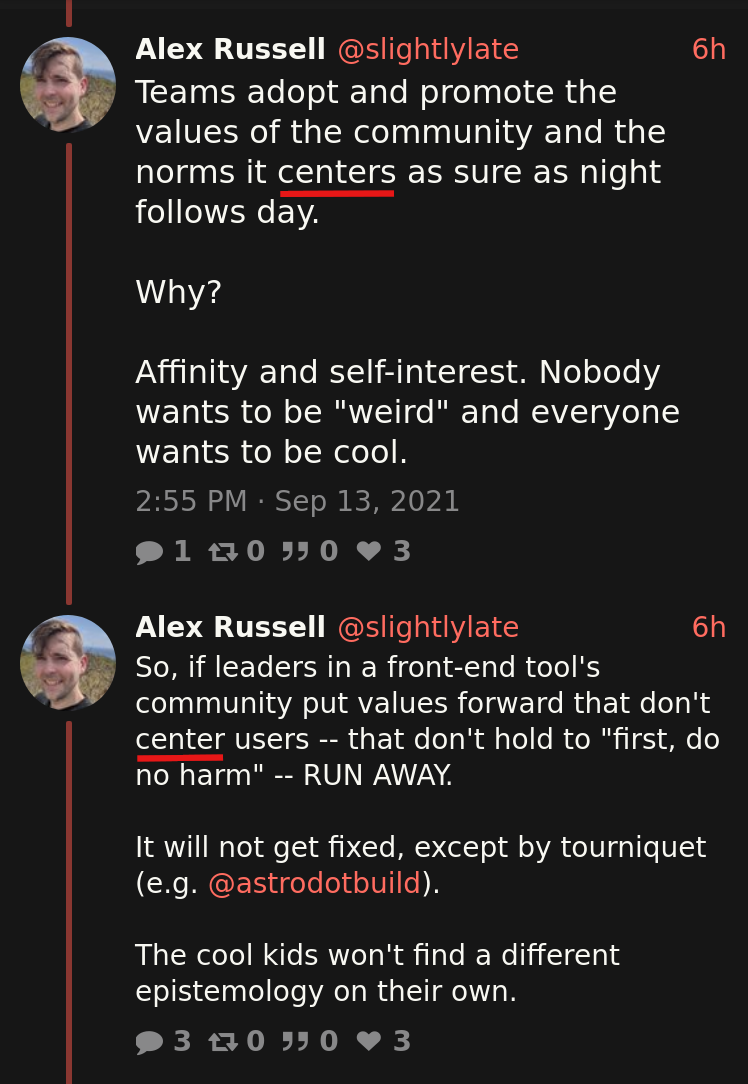 Lex Fridman got hold of Vincent Racaniello, a professional virologist and a good communicator (author of a textbook in virology; co-host of several podcasts on microbiology and virology). So, a knowledgeable guy. They talk about viruses in general, and, obviously, a certain virus in particular. But their conversation illustrates, again, that there is no good interviewer out there who can have in-depth conversations on medical or biological topics.

Lex is utterly inadequate; his knowledge of related biology is minimal, and he is easily amazed. Bret has gradually acquired some knowledge of relevant biology over the last year and a half (although he made some wild biological claims on Rogan's show last Friday), but is also inadequate, because he doesn't talk to mainstream scientists. Joe Rogan, paradoxically, does better than Lex (the latter's fancy PhD notwithstanding), and will talk to anyone with a name, but still is not sufficiently equipped to probe deep. There's this DrBeen character, who goes into more detail than any other I've seen; but, god, his accent!