I was wondering at how long Peter Boghossian managed to stay at his university. In Portland, no less, the woke capital, as far as I've heard. Well, he isn't staying there any longer; he finally snapped: 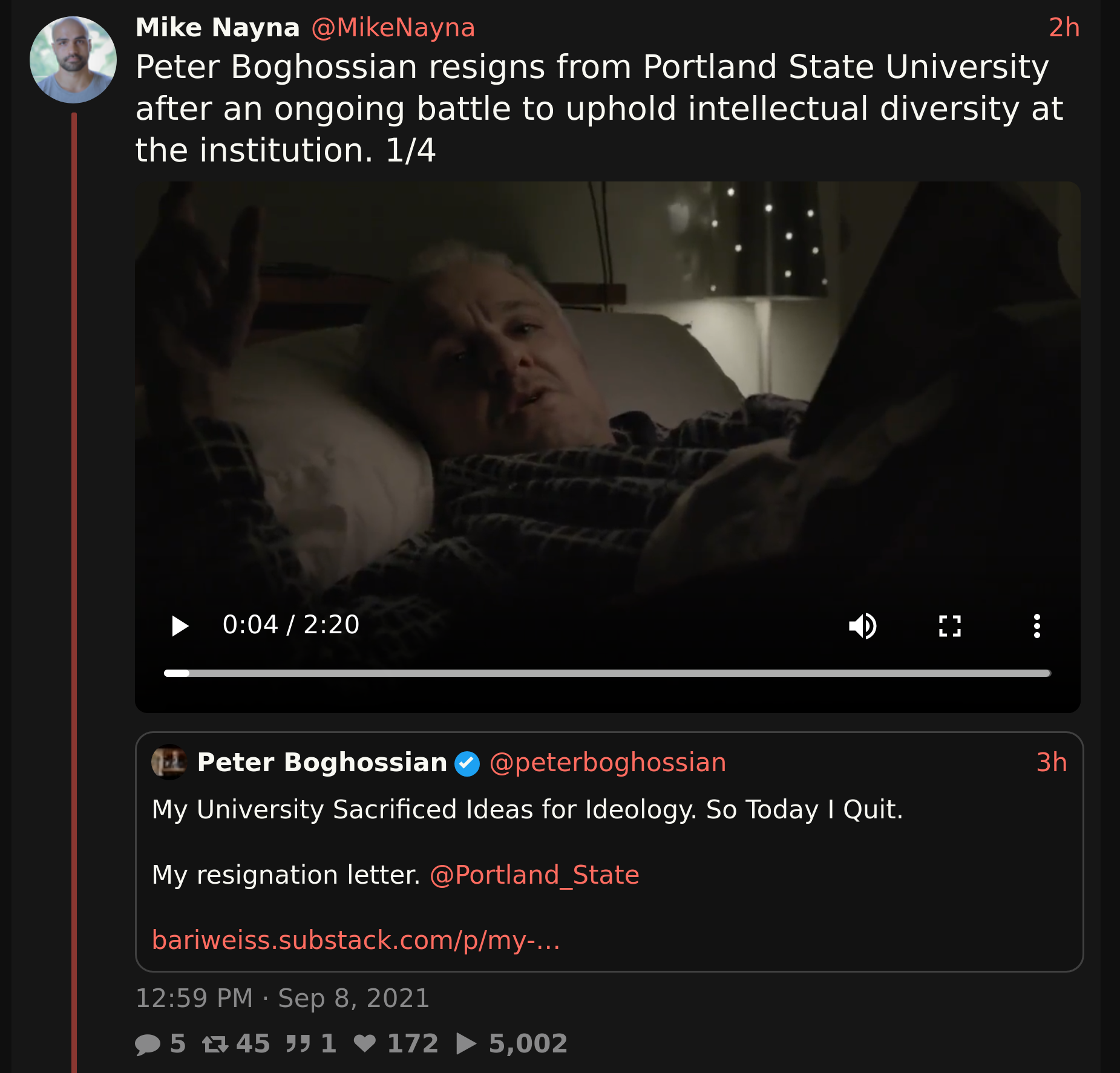 The way the British, even the professionally antiwoke comedians like these two, try to distance themselves from the late Bernard Manning is both perplexing and frustrating to me. Manning's was a lowbrow, unsophisticated rowdy humor, and what little I've seen of his recorded performances, I've never seen anything that I would be repelled or offended by. He swore a lot, that's for sure; but all those fucks, cunts and bollocks count for nothing these days. What made the modern Brits so universally reject him, so that he, almost as Hitler, would come up in almost any conversation about comedy, where everyone would reaffirm that they aren't talking of the likes of him, is a mystery to me. Such that I want to shake up anyone who speaks of him disgustedly, and ask them what it is, exactly, that they can't stomach about him.

(As a nice bonus of this recording, a nice broad Scottish accent of the interviewer)
Collapse