David is a bit comical in how he insists on calling the episodes of his youtube podcasting channel films, and in the overall air of concern and alarm that he exudes, in a way similar to Bret; but yeah, such arbitrary censorship makes youtube into a deeply fucked-up platform: 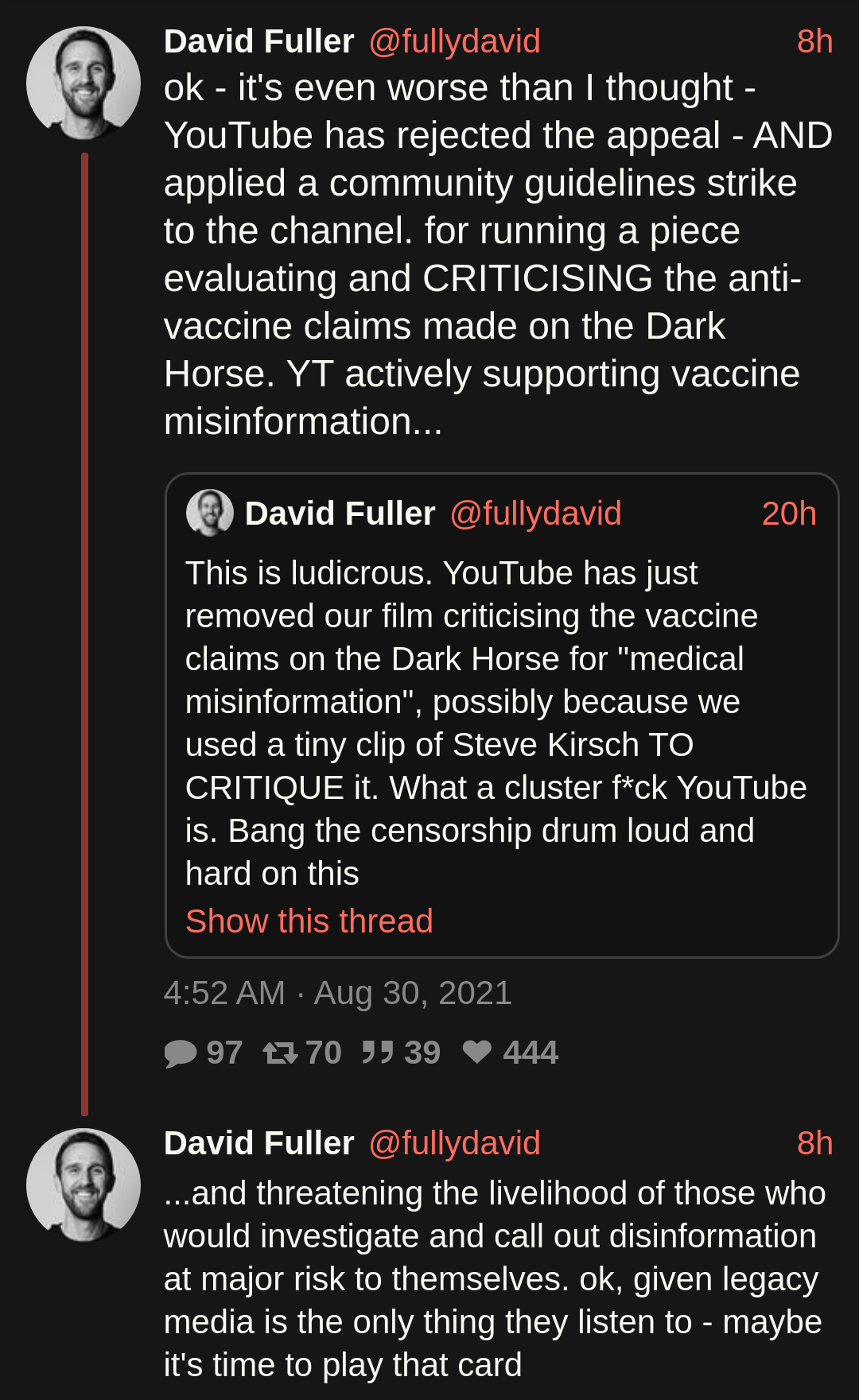 Which is a shame, because from the standpoint of technology, UX and design, youtube is fantastic, as is all too obvious when compared with the alternatives, such as Vimeo, Odysee, Rumble, or Bitchute. I may be missing something about Odysee — I remember when Bret was temporarily blocked on Youtube and opened a channel on Odysee, he was claiming that Odysee was far superior technologically; perhaps what he meant was the options available to content creators, or maybe he meant the cryptocurrency associated with lbry and odysee; or perhaps he meant the peer-to-peer nature of Odysee; there is no way of telling — but Bret's opinions on technology are even less informed and valuable than his opinions on viruses. Good engineering and design talent costs lots of money, and their work takes time.

Meanwhile, the video by FLCCC with lots of enthusiasm about the i-word, which I referenced three weeks ago, is still doing well on youtube, and has reached close to 90,000 views.


(BTW, since I mention Odysee, I have recently seen that Bryan Lunduke, its early and vocal advocate, has left it over the promotion by Odysee of some garbage video with a pornographic title.)
Collapse