A little Twitter drama: one great developer encounters another great developer, whose worldview is somewhat different from his. Brandan, you see, has some old-fashioned ideas; he was famously ousted out of Mozilla because he donated a 1000 dollars to a campaign against legalizing gay marriages in his state or something like that. He also, apparently, has not fully embraced the covid messaging. The consternation proves too much and can only be resolved through blocking: 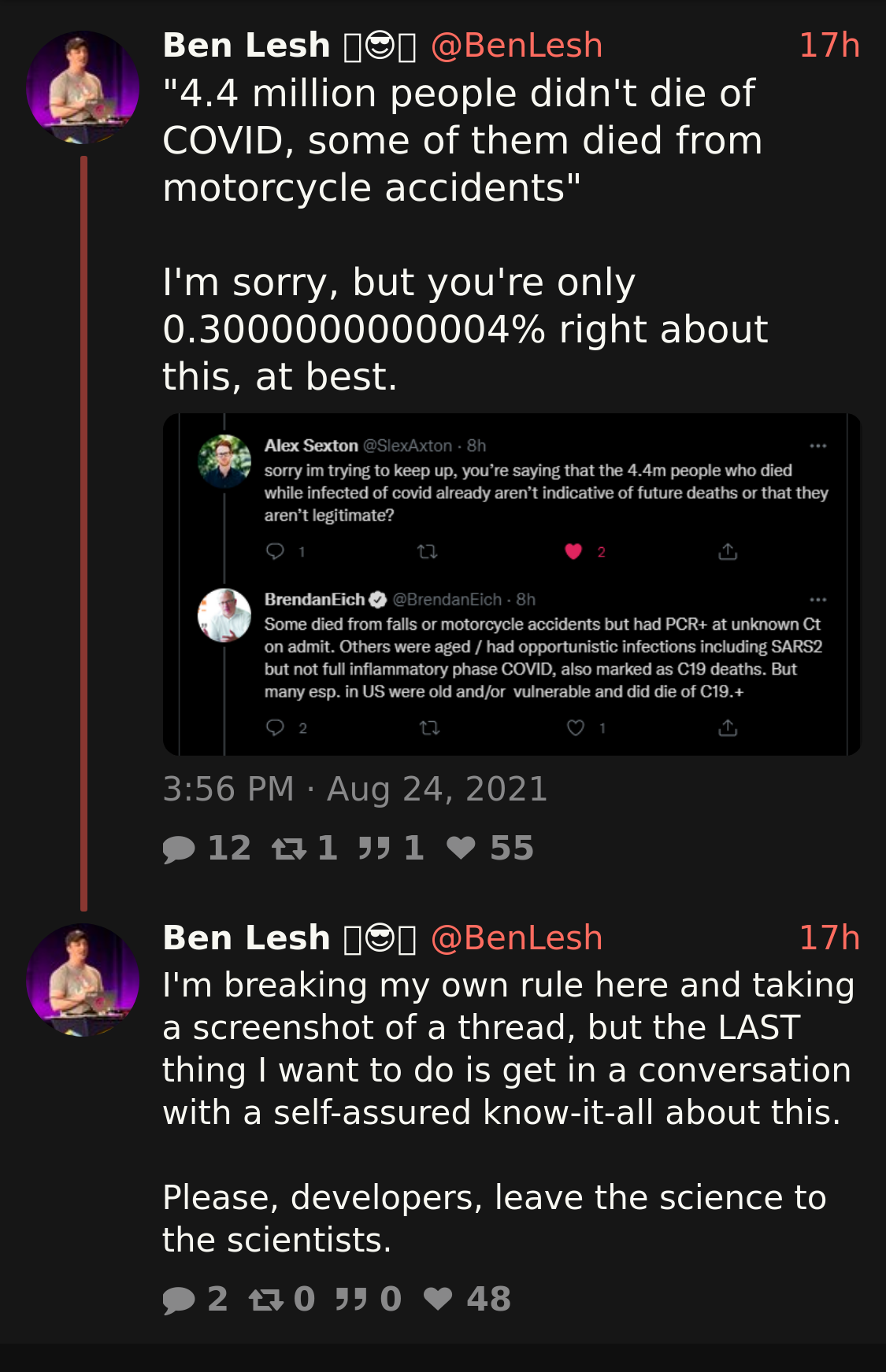 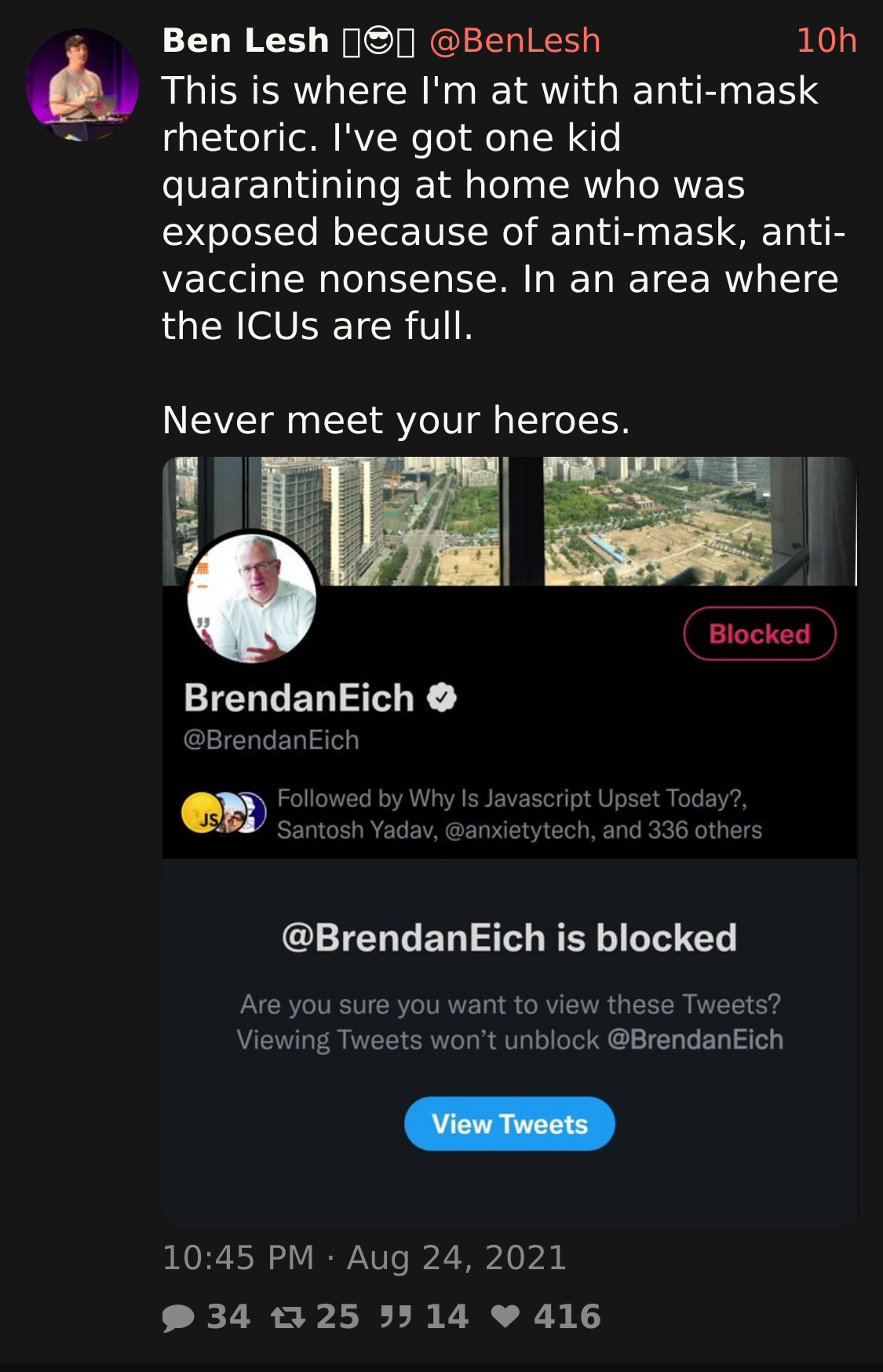 What is amusing to me is how Ben, while preaching about leaving science to scientists (a pretty sad message in itself), makes a scientific statement when he posits, with full conviction, that his kid is at home because of the rules about mask mandates or vaccines at schools. The only real because that I can see in his statement is that his kid is at home because he/she had been to school; had they been home schooling or remote learning this would probably haven't happened. Unless this because has a different meaning, of course, and is intended to mean that in masked-up and vaccinated schools exposure to people with covid will not result in kids quarantining at home.

As for science, I wonder whether there exists any data that compares outcomes for kids at schools that have or have not instituted mask mandates for all or vaccine mandates for teachers. I would be surprised if such data exists — it's far too early into the latest wave — but it would be interesting to see if it does.

I've been listening to Stephen King's latest novel Billy Summers, and loving it so far. It's fascinating to see how King's familiar motifs resurface through his writing. This one feels like a cross between 11/22/63 (someone settles in a new place for a long project involving assassination), Blaze (experimentation with a voice of a dimwit; flashbacks to the character's troubled childhood), perhaps a bit of Hearts in Atlantis (a mysterious neighbor from nowhere who makes friends with the kids). And, of course, writer as a character and writing as a trade. Plus that incredible talent of King's to suck you in from the first words, which results in an audiobook equivalent of a page turner. The books I'd listened immediately prior to that one, Huckleberry Finn and Atlas Shrugged, required an effort to stay focused on the story; with King, it's an effort to let go of it.
Collapse