Someone's pirated Bret's appearance on Tucker (don't know how long it'll remain online until Fox or youtube hunts it down). The only interesting thing about this conversation is how the very mild and this time fairly cautious Bret managed to appall someone to the point of denouncing him as a villain:

To think that these are the voices that the public must be shielded from is contemptible.

I don't follow football. Nor do I care about football. But of course I couldn't help being informed that England played Italy in the final, and lost on penalties. What I also couldn't help learning though is that, apparently, there's been a bit of a scandal in London Manchester, where someone had painted murals of the players on the English team, and the one of the footballer who happened to shoot the deciding penalty and miss (I guess? I really don't know how this works) soon after the game got obscenities painted on it.

The British media reported this as a disgusting incident of racism. Londoners Mancunians notified the police, flocked around the mural, and decorated the wall with pictures and flags. It became a veritable place of pilgrimage: 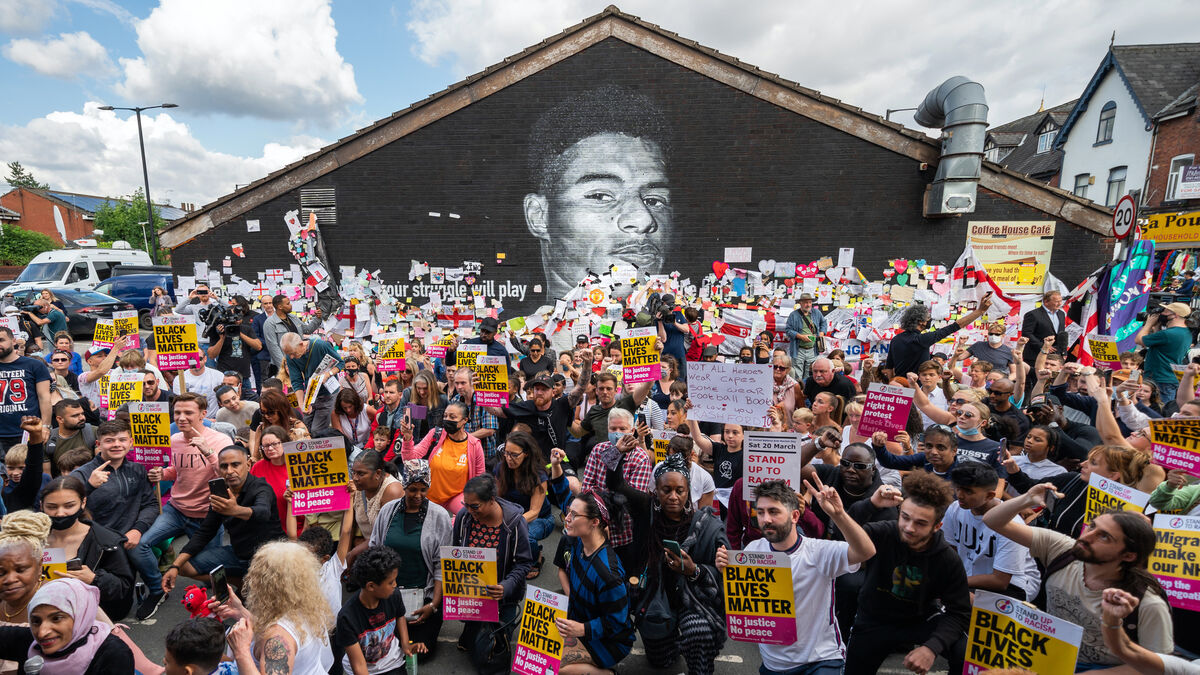 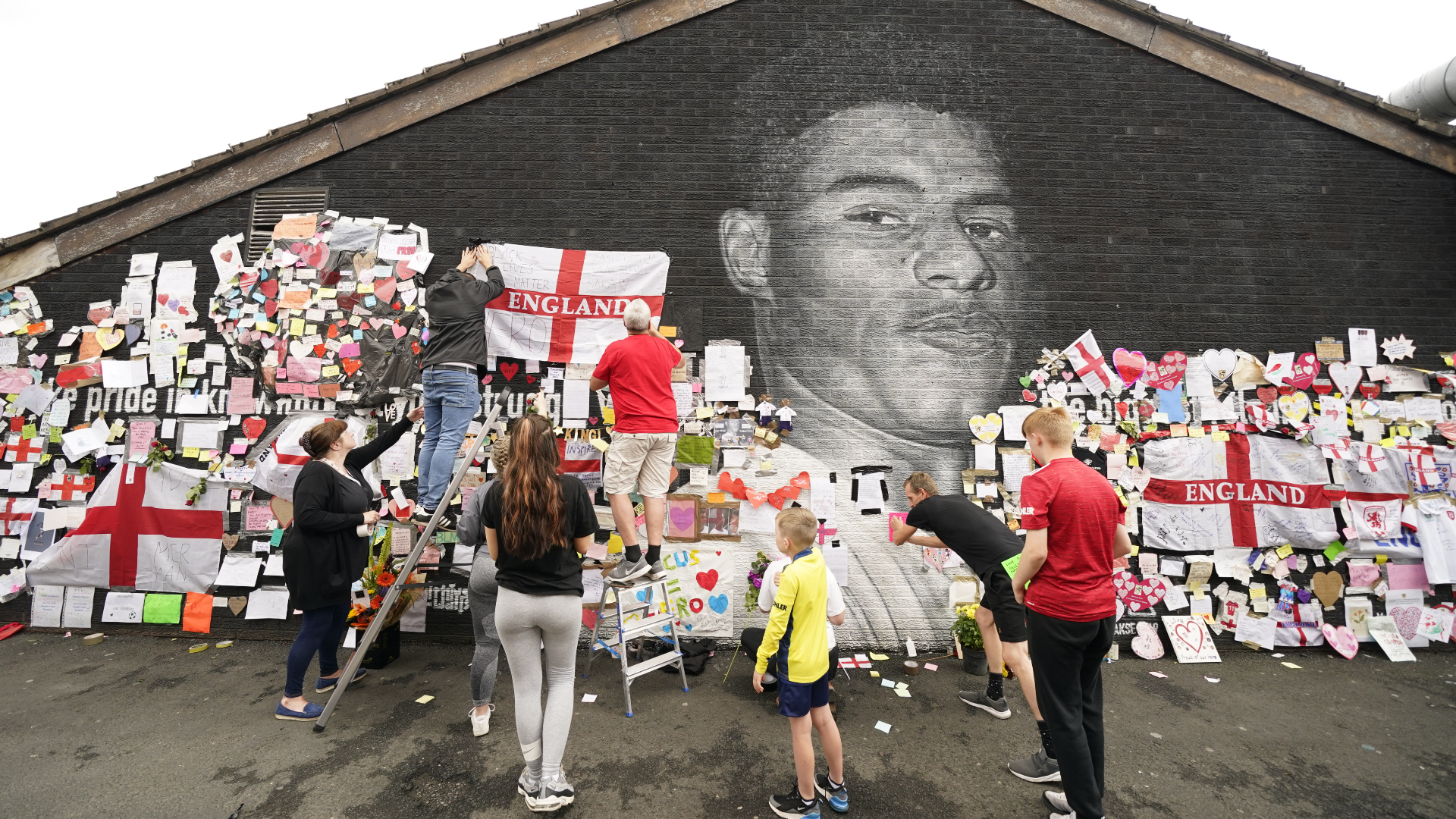 So what did the defacement of the mural look like? What has shocked the public so much? It isn't easy to find this out. The media won't show it, of course, because one would expect it to be unprintable. What they will show is this: 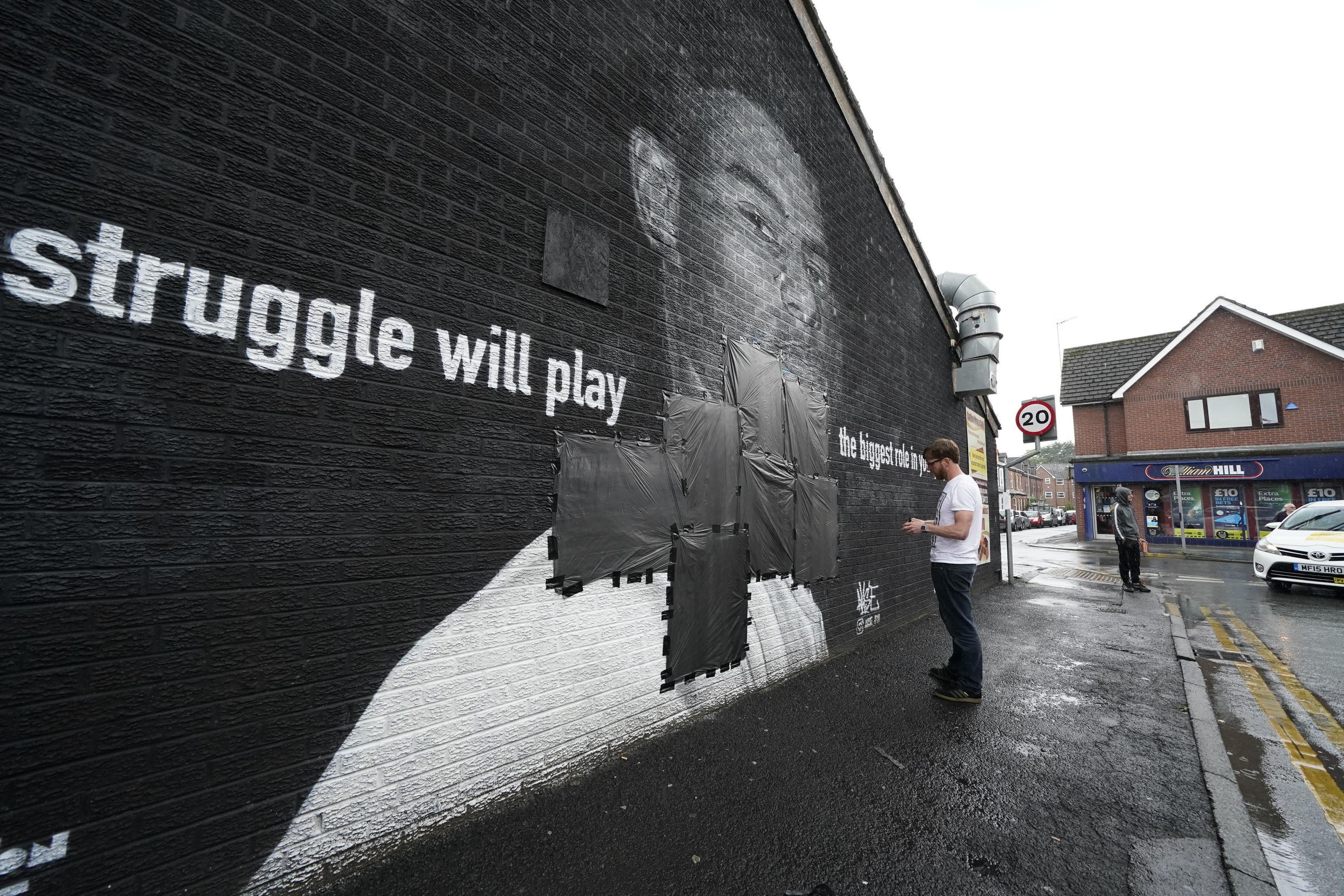 which only leaves one itching to learn what despicable horror is covered with those patches.

I only managed to find out the answer by focusing google's lens on twitter. This is what has caused such a scandal:

The barely legible word there is "bucket". I dunno. The photos of the vandalism are so anticlimactic that they left me confused. If I had seen this on a wall, unprimed by the media, it wouldn't have ever occurred to me to interpret this in terms of race.

And yeah, Twitter, when uncensored, is better than traditional media. Much more authentic, immediate and raw.
Collapse