This sucks so bad, and on so many levels. Not only because Bret and his guests, with all their possible shortcomings, at least aren't raving lunatics, and present a steelman version of the argument; not just because this, not for the first time, demonstrates how some topics are tabooed and censored out; but also because social media companies, which have made it so easy for us to share information that they are used by default, can't be trusted with preserving the public record: 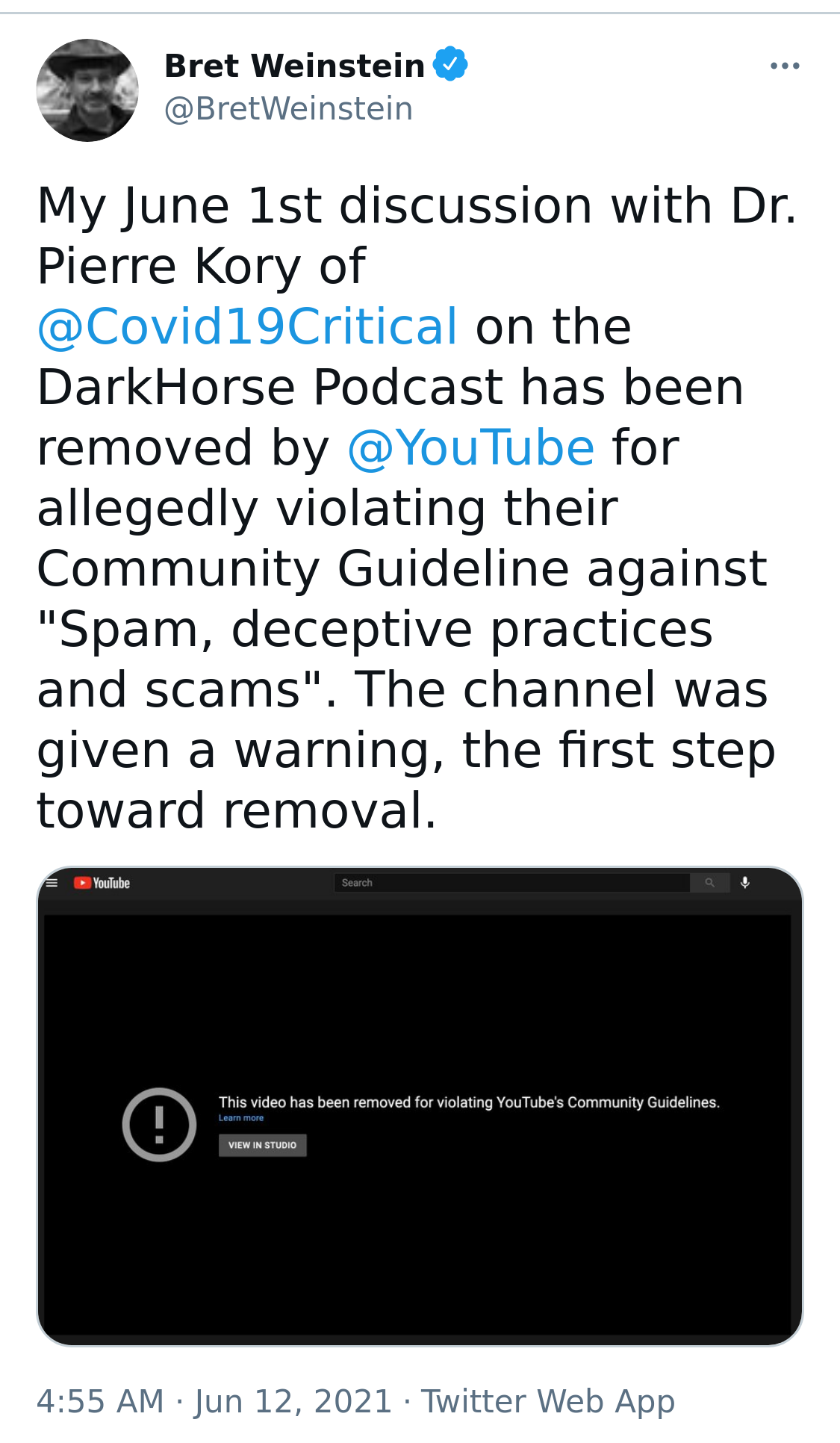 One possible solution would be to migrate to Odysee, like Bryan Lunduke did. Beyond that, I don't know what the next place to tell the world to go fuck itself would be. Where do the much-hated Infowars host their videos, I wonder.
Collapse