Ok, here's finally what I wanted from Bret :-) He got two reasonably knowledgeable people on his podcast, one of whom has a background in genetics / gene therapy / vaccine development; and allows them to speak without incessant interjections with rephrasings for the benefit of the unlearned (to be fair though, one of his guests is very difficult to interrupt). His guests may be wrong but at least they don't look like total kooks and make sense when presenting their case.

There's an irony in this fragment. One of his guests says that there have not been double-blind randomized controlled trials of the benefits of mask wearing (because it's hard to be blind to the fact of wearing a mask); and yet they have been mandated because of the "precautionary principle" (not sure what that is). Then he says that there has been a trial in Denmark that has shown no statistically significant difference of wearing masks over not wearing them. While I have no idea whether there really was such a trial and whether it actually concluded what the guest claims it did, I remembered how vehemently Bret and Heather defended the common-sense self-evident truth that masks must be effective. This time, however, Bret didn't even object; just nodded sagely. His pet project is now ivermectin rather than bandannas or masks.

If one ignores the appallingly clickbaity title of the video, or how much of a fuss Bret makes in the beginning about how he takes ivermectin, it is actually not a bad conversation. 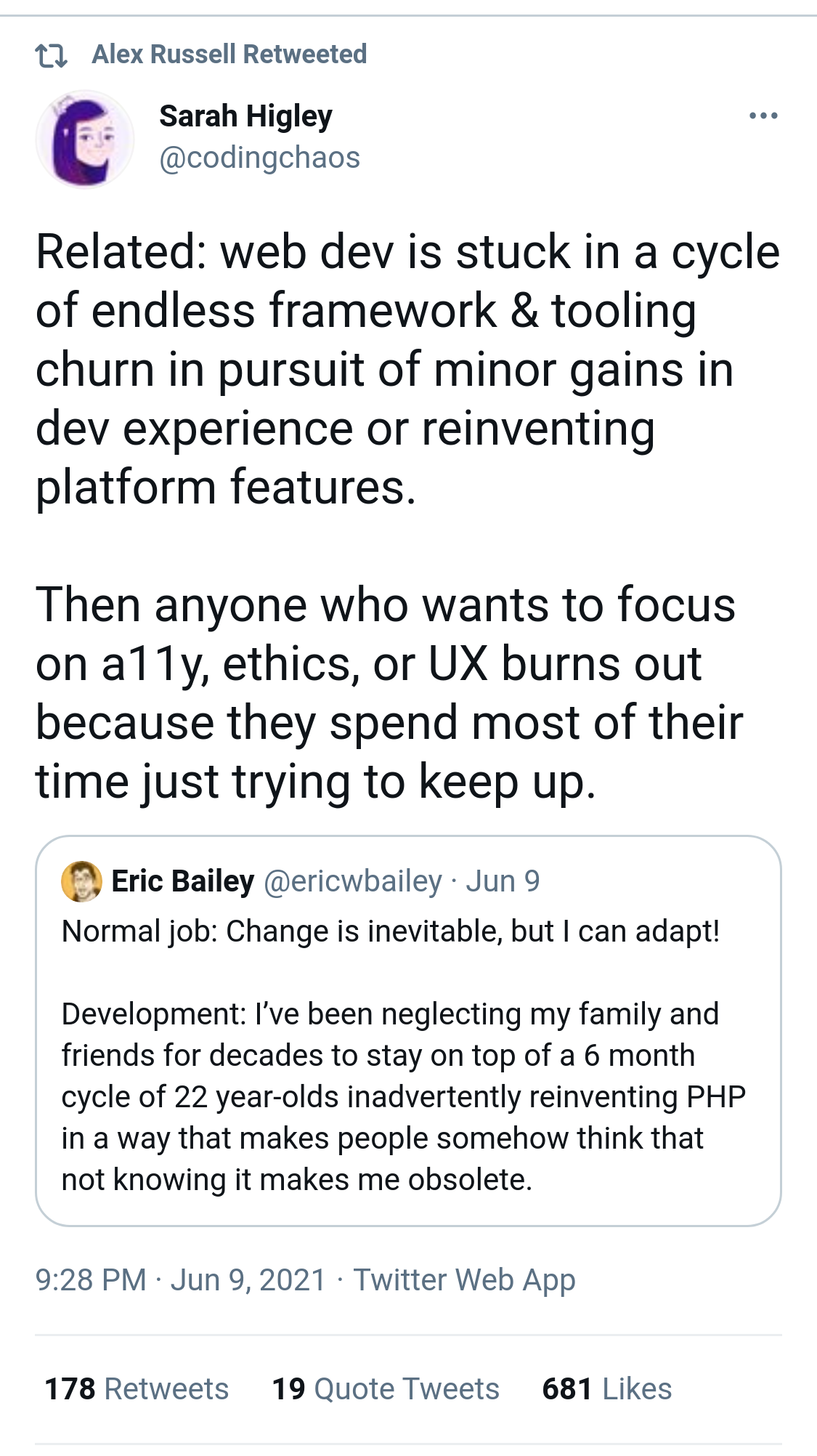 What's stopping anyone who wants to focus on a11y, ethics (huh?) or UX from focusing on those instead of spending their time trying to keep up?
Collapse