Had to google to find what he was talking about. Apparently Basecamp. Apparently, there was something involving that list that resulted in Basecamp's office policy changes. There's an article about that.

The more I encounter these conversations the more frustrated I get. What do these people think the work is for? It's as if the conversation about work has transformed over the last decade. It's a rarity to see a statement like the motto of Revolut: "To put it blunty — it’s about getting shit done and owning what you do." But then, Revolut is founded by a Russian and a Ukranian. And is considered a toxic workplace by the Westerners. And very likely is. 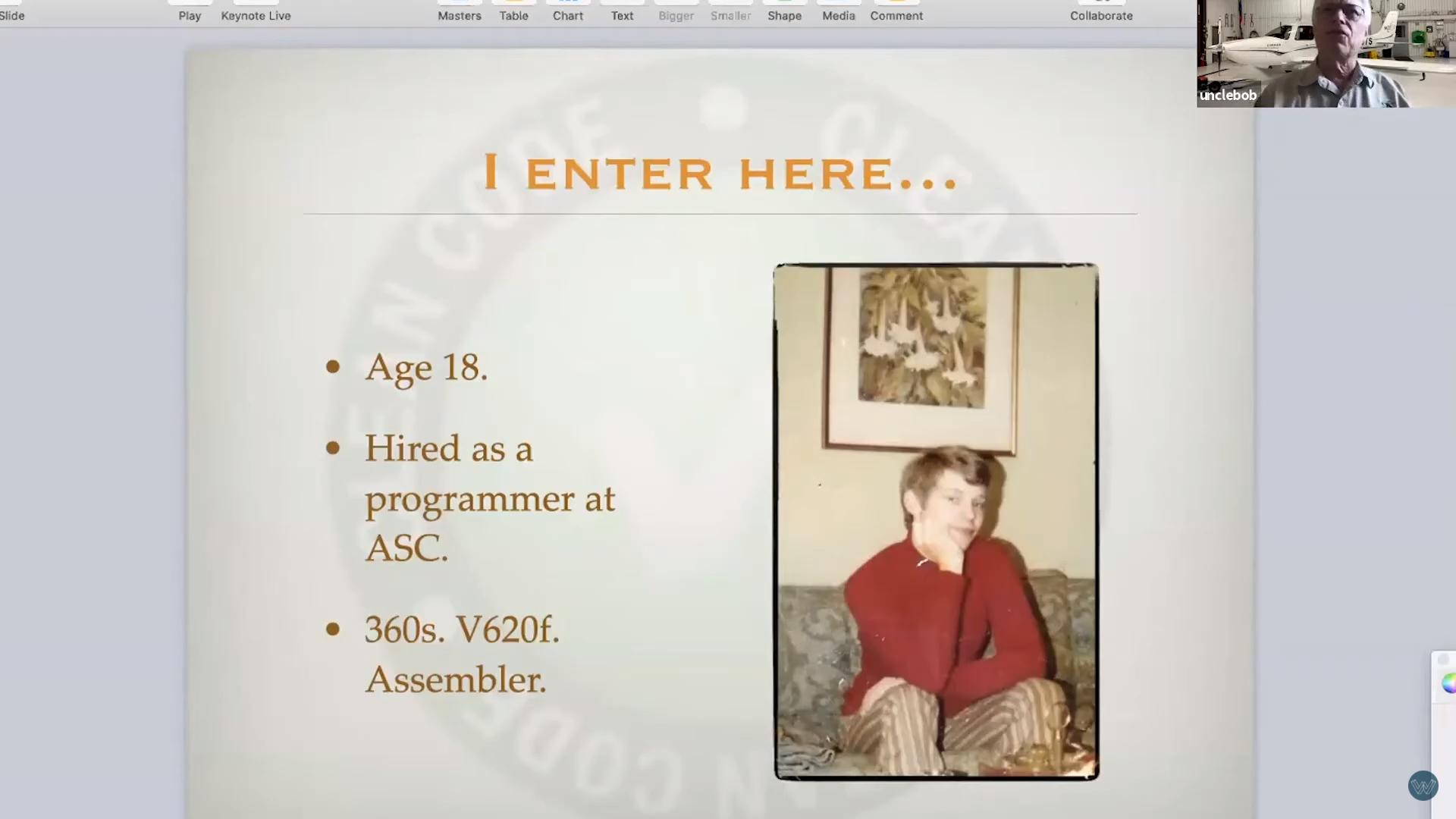 Uncle Bob: This is me in the seventies. I was eighteen. Didn't go to college, of course, because the colleges were a mess that Vietnam war had made it, you know, worthless to go to college. So I decided to just become a programmer. I taught myself Cobol, and Fortran, and PL1, and assembly language before that, so I walked up to a few places and asked for a job, and lo and behold, one of them gave me a job, and I was a young programmer from that point on.

Very interesting about the mess that the Vietnam war turned colleges into. Would love to pick his brain about that.
Collapse