Google has finally become ready to promote its Lit ecosystem properly. I thought they were going to make their announcements at the coming Google IO; but, to my surprise, they preempted that by holding a virtual event today where they announced the release of the new major version of the library, with the updates that address most of the concerns that I had when I tried to use LitElement in anger for the first time.

- There is a way to separate component's state from component's properties. Apparently it existed even before this update; but the docs weren't very clear on that. The docs were rather niggardly in the information they supplied, I must say.
- There is a proposal for a browser api to encapsulate the declarations of custom elements within their hosts. Which is clumsier than what we get with frameworks, but at least makes web components more suitable for large codebases.
- There is a convenient way to share common functionality between components.
- There is support of server-side rendering.

All in all, pretty uplifting stuff. But of course I am now entrenched in React at work.

(retweeted by a developer) 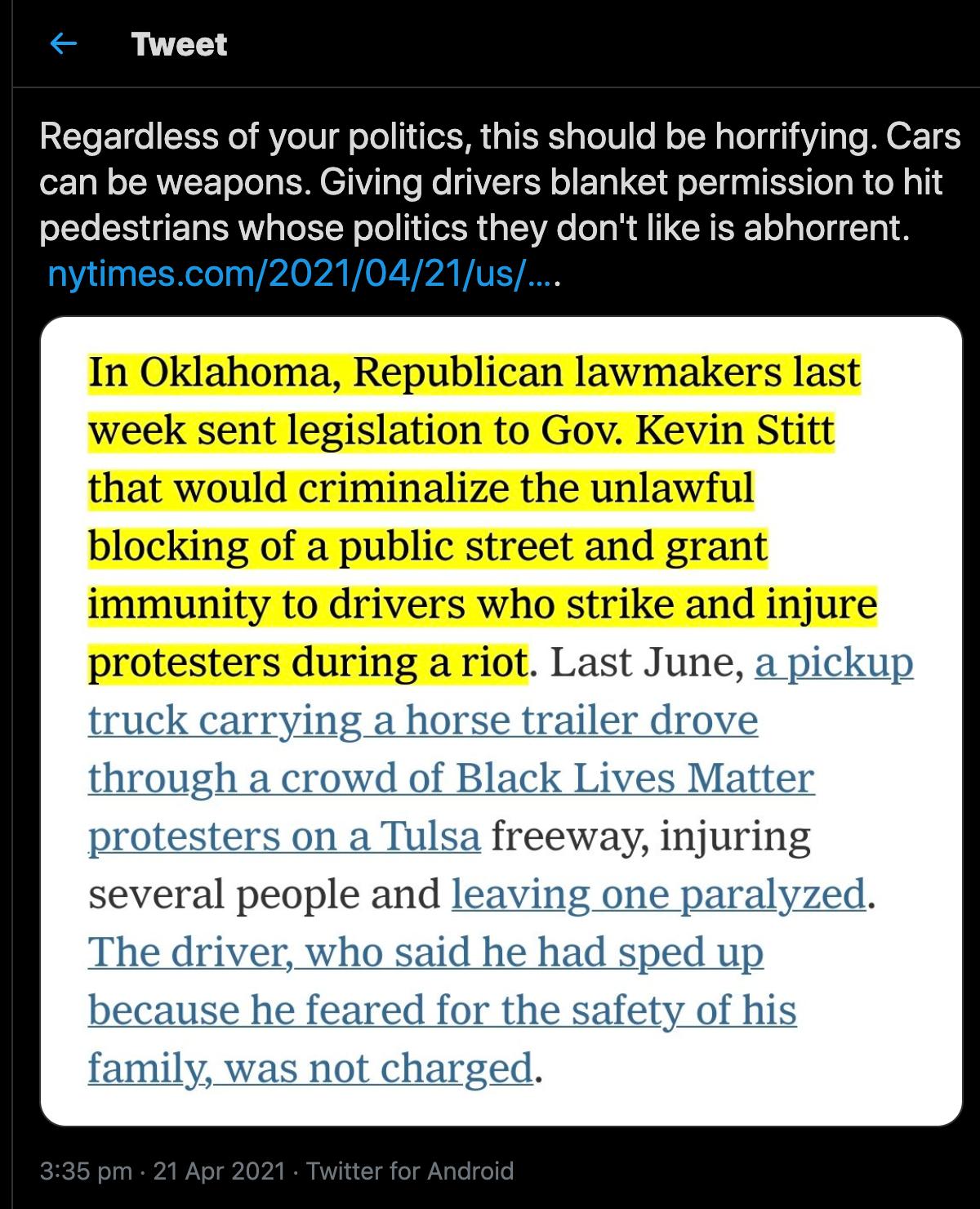 How does she interpret what she has highlighted — "unlawful blocking of a public street" — as "pedestrians whose politics [drivers] don't like"? How is commuting, or safety while commuting, a matter of politics?

Also, how is it that blocking traffic when upset or angry is tolerated in Western cultures? Especially in a country where mere jaywalking can get you into trouble with the law?
Collapse