They are both developer advocates. And they both talk about the Chrome 90 release. But they have different linguistic proficiency. Compare and contrast, as they say. Which makes me wonder — if being a developer advocate, or a devrel, involves spending much of the time being a talking head, why isn't linguistic fluency and the quality of enunciation, a job requirement?

Anyway, according to the first video, declarative shadow DOM is coming to Chrome. Which is huge. It finally means server-side-rendered web components!

Glimpsed an interesting text on Facebook. Is opens a window into a consciousness that is reflecting both on the history of the Internet and on its own evolution — a consciousness that I am sure would have been alien to me even as it was ten or fifteen years ago, but that has evolved in a direction that has made it even less compatible. From an antiauthoritarian rebel (I assume; this is probably the second or the third text by this person that I've ever seen, so I may be completely off here) he seems to have evolved into a respectable leftist orthodox with a modern list of real or imaginary opponents. Antiauthoritarian rebels are no longer welcome. "If you can't change with the times, I'll bloody well make you". 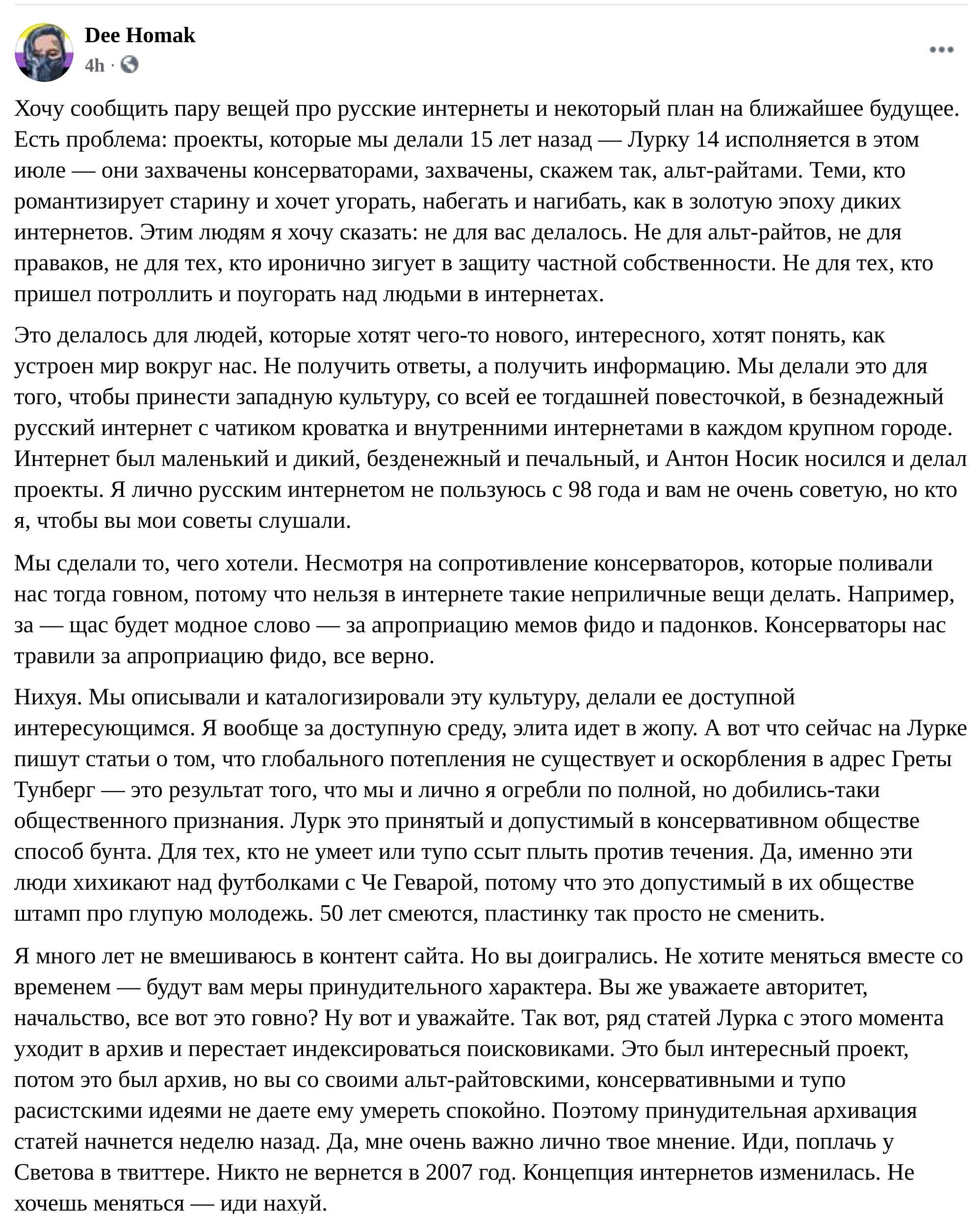 What happens when you press on the button with an ellipsis? Nothing. Why, then, does it look like a button? No idea.
Collapse