He's got a point: 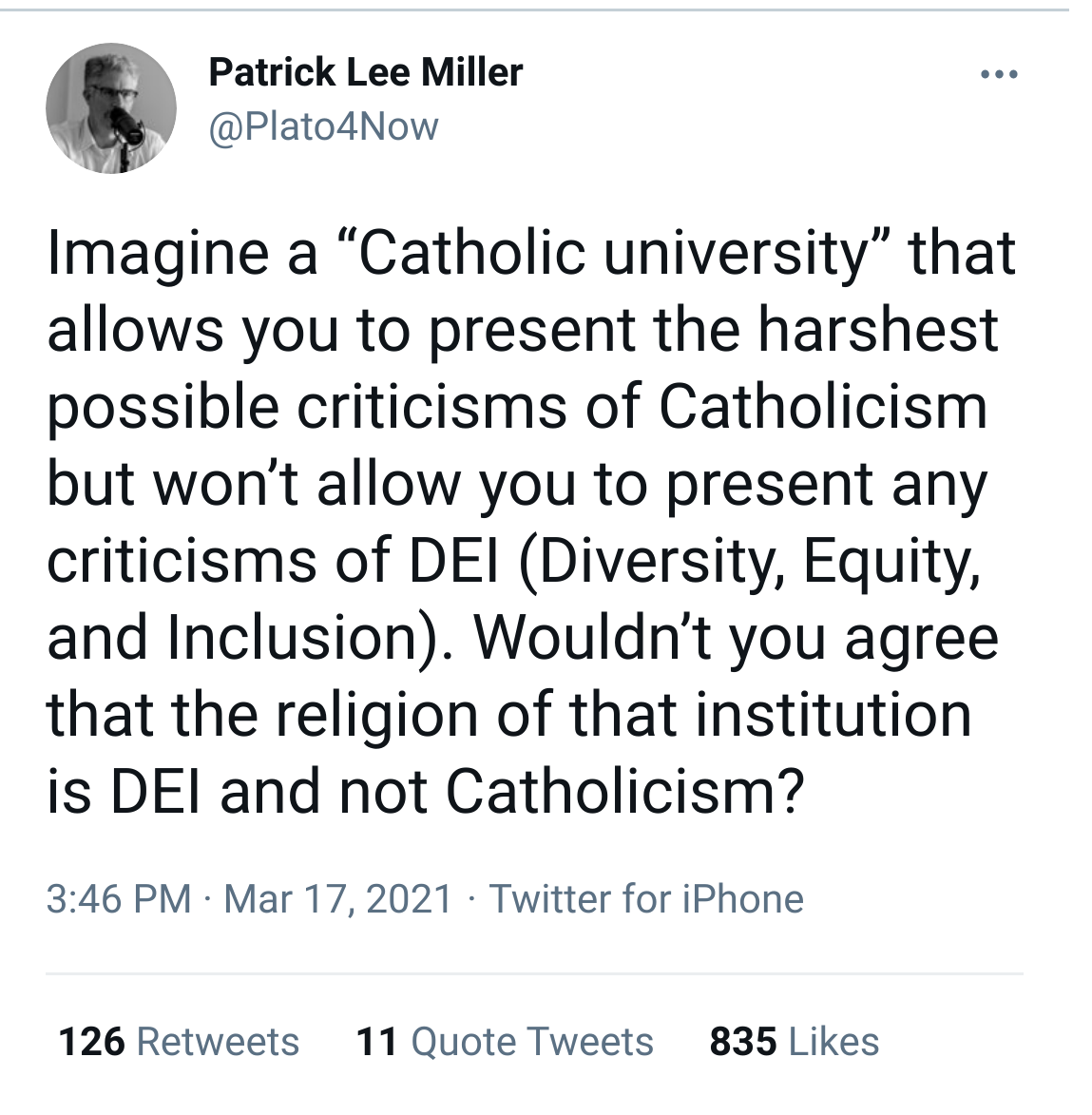 Obviously extends far beyond twitter; obviously people on the other side don't always "just want to help"; and not sure whether this is really the ego (could be, never occurred to me that it is; could be a consequence of violating a Gricean maxim), but my brain also immediately goes into "why are you writing all this, I already know this!" and then wants to punish the person for telling me what I already know.

Need to be more zen about this. 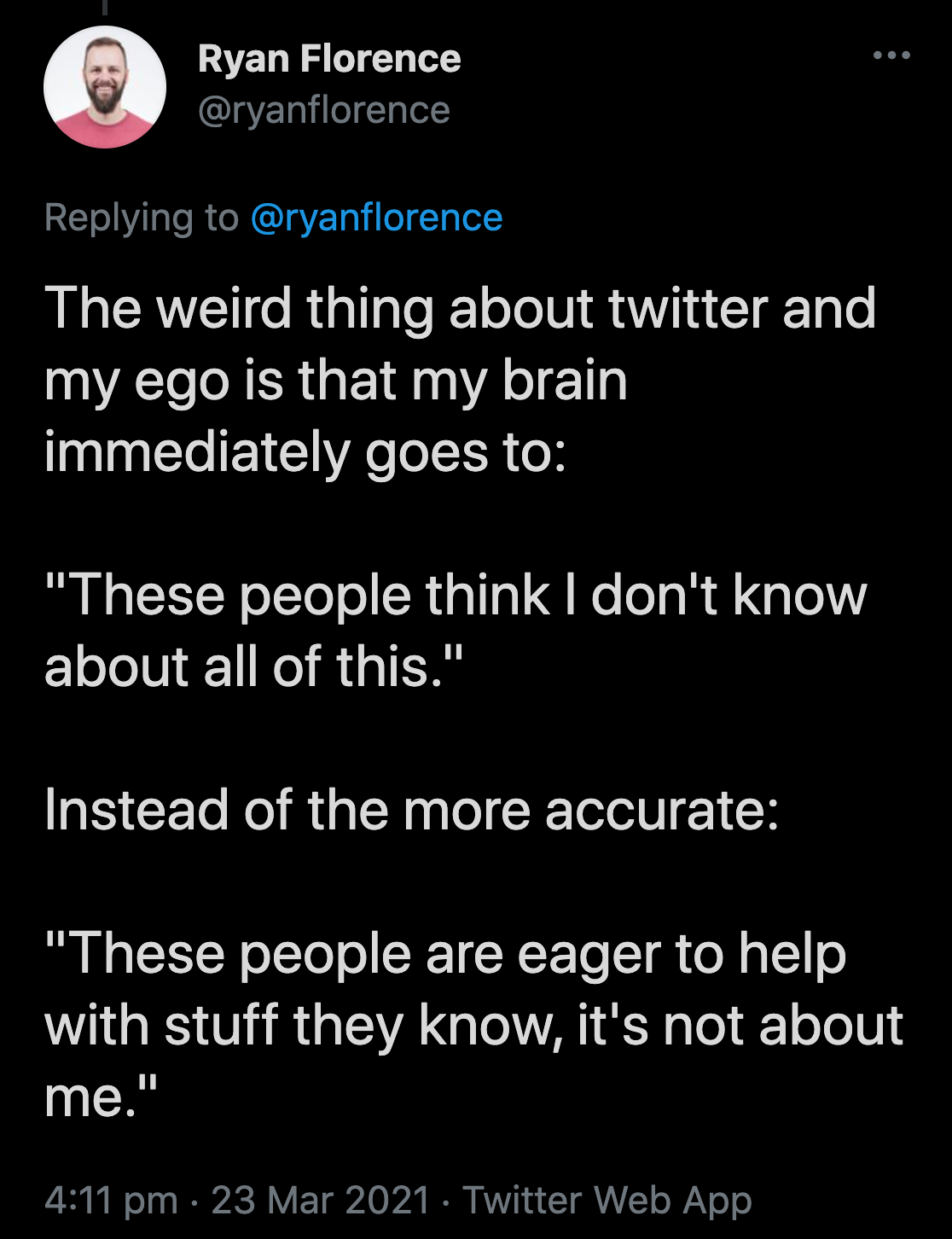 A Wellcome trust page has a list of low- and-middle-income countries. The list includes such countries as Belarus, Ukraine, Georgia, China, Turkey...

Does Russia have a higher income than those?

Back from around the time when this messaging was probably at its peak. Curiously, full two days before the Event. 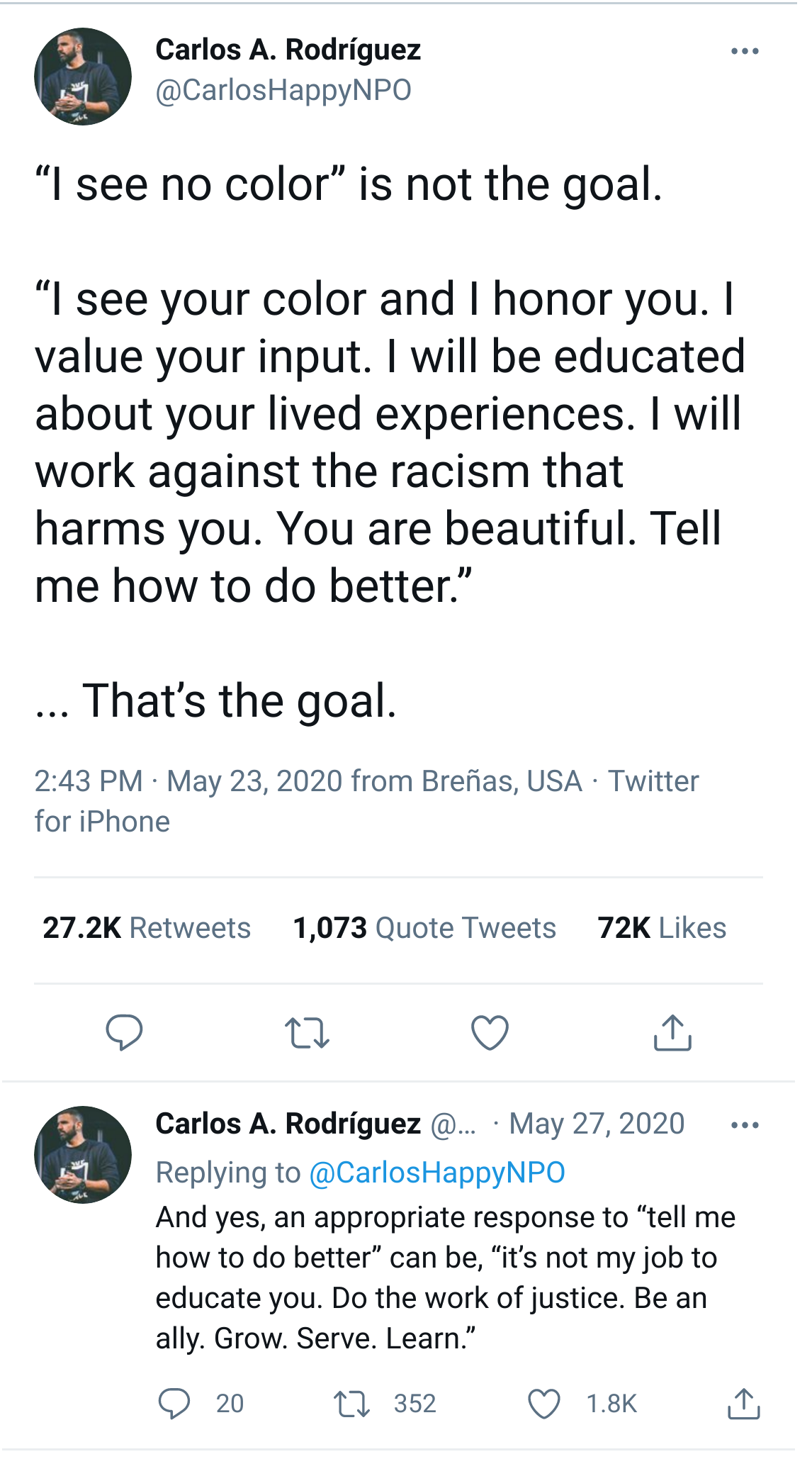 There is, in this vision, apart from the discernible religious tropes, something of a cultural and artistic project. The "i will be educated about your lived experiences" bit is reminiscent of Dickens, Gogol, Hugo, or Gorky. I wonder how universal they considered their message to be; whether they ever had a goal in mind that all the reading upper classes would have to read their books in order to do better.

Also wonder how prevalent this moral imperative is expected to be. In a religious world, doing better was probably expected of every believer, I suppose; although it was too obvious that the number of those who were striving to do better was but a tiny fraction of the nominally religious. But in a secular world, with the traditional religions on the wane? How universal and urgent is this moral drive expected to be?
Collapse