I have no idea who that Naomi Wolf lady is, but that tweet, the one mentioned as unavailable: 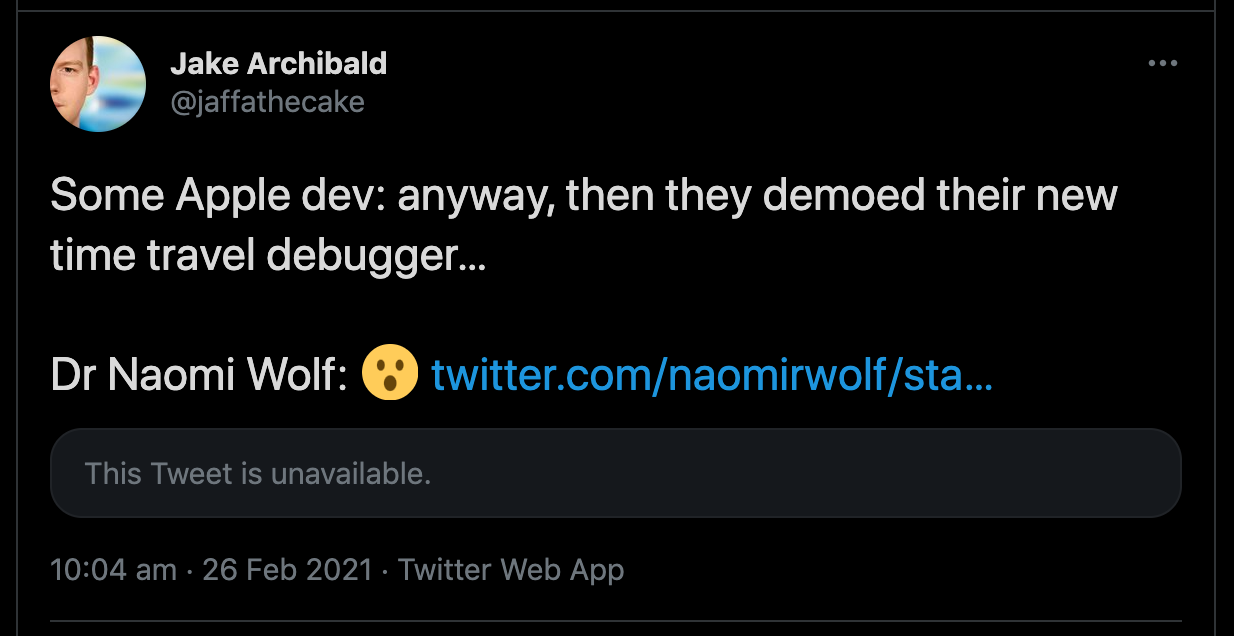 Out of curiosity, I hunted it down and stared at it stupidly for some time: 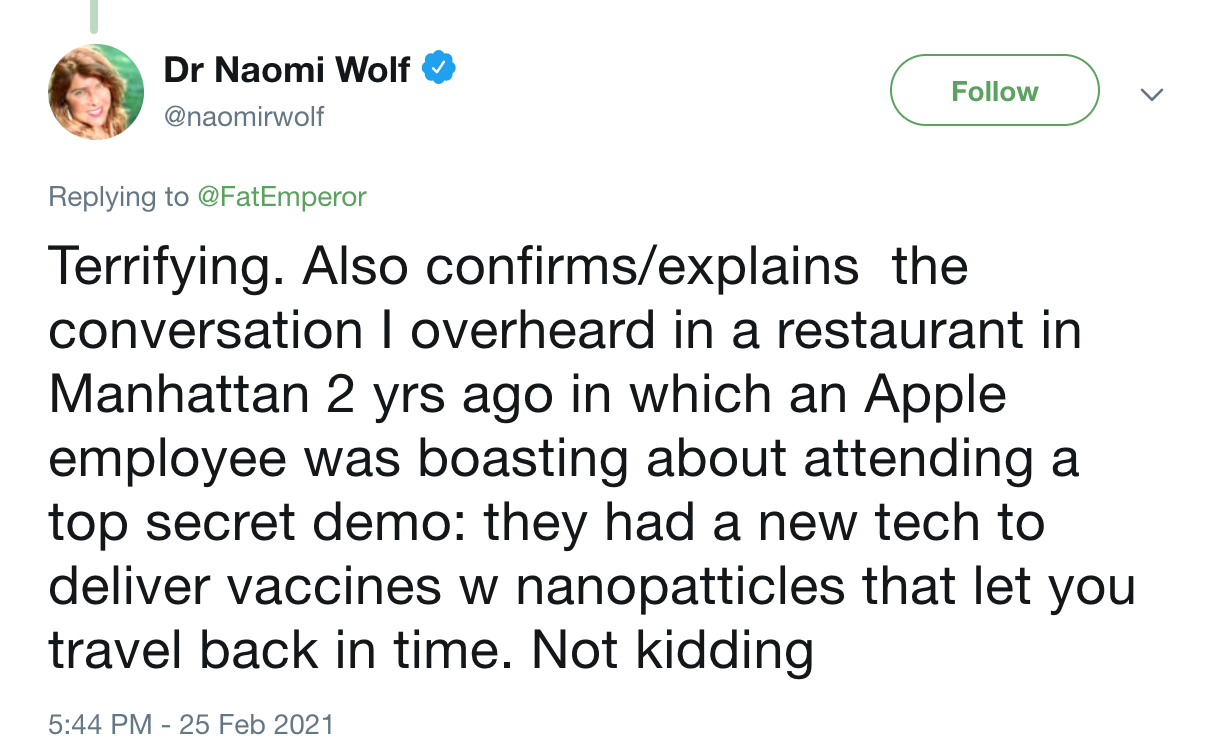 Jake's explanation about a reference to time travel debugging overheard by someone who doesn't have the first idea about what she's just heard makes a ton of sense, but imagine what conspiracy theories you are likely to believe if your tweets like this get removed. 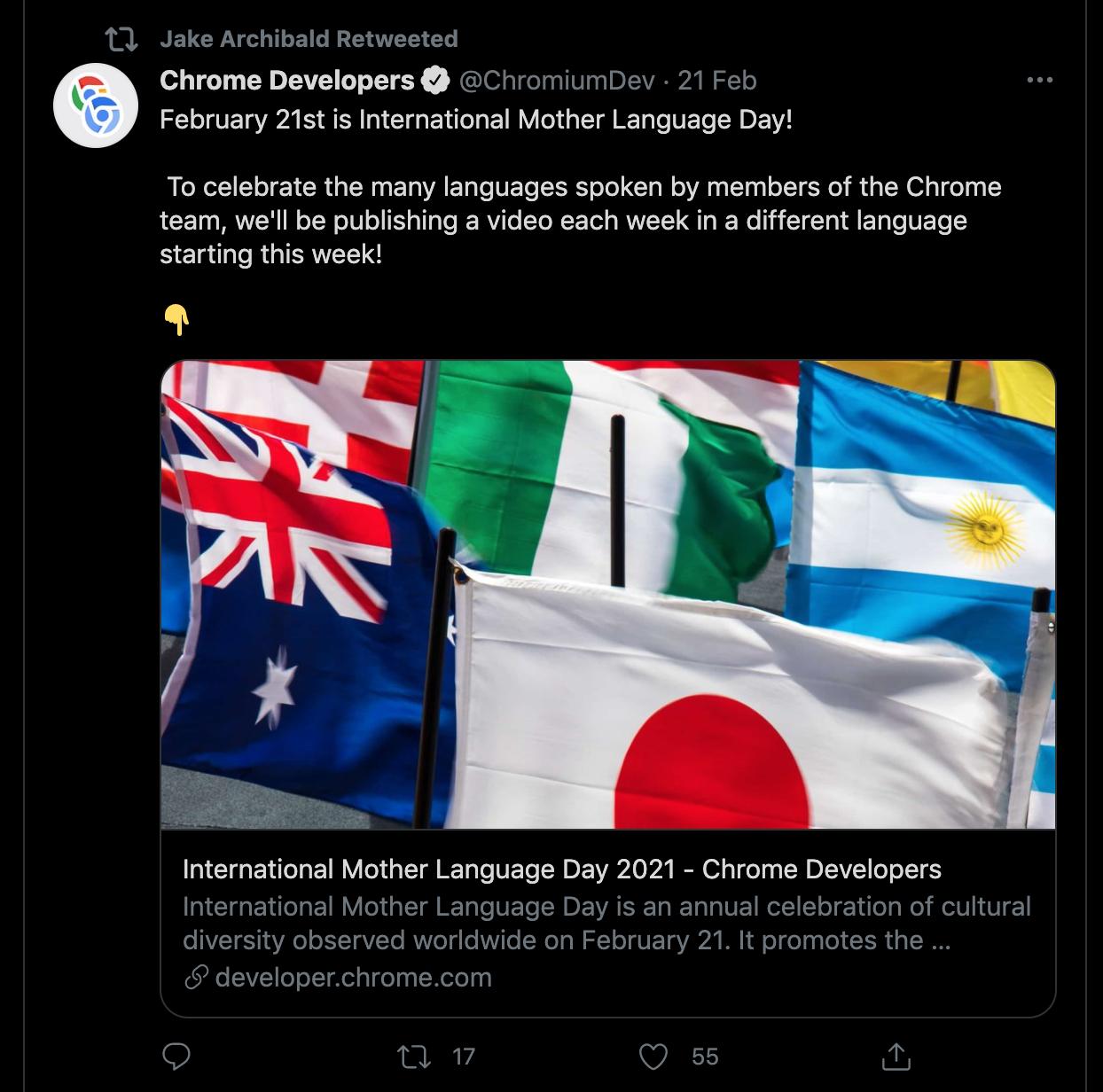 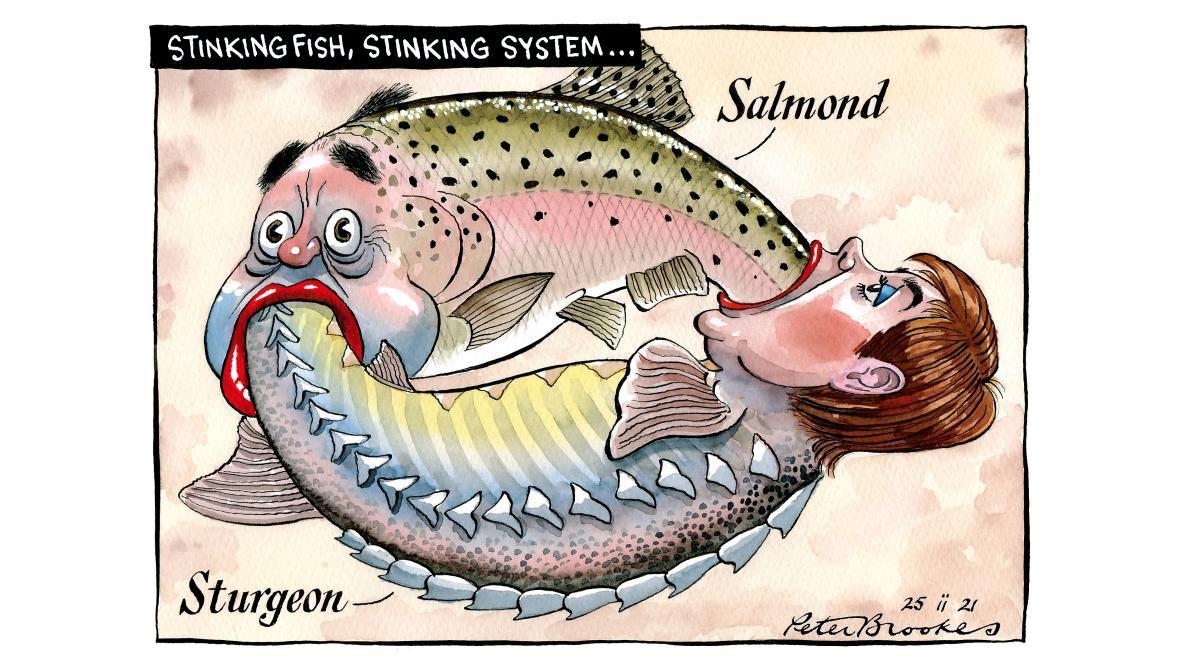