In 2019, Charles Max Wood got his registration to Kubecon revoked due to complaints on Twitter.

Charles isn't particularly interesting as a developer; but he owns a podcasting network Devchat.tv, and it was probably in that capacity that he was planning to attend the conference.

His crime was twofold. On the one hand, he was friends with John Sonmez, who got involved in a Twitter spat that somehow involved the words "black" and "woman". On the other hand, he happened to take a selfie in the offensive hat standing next to Trump Tower when he was visiting New York: 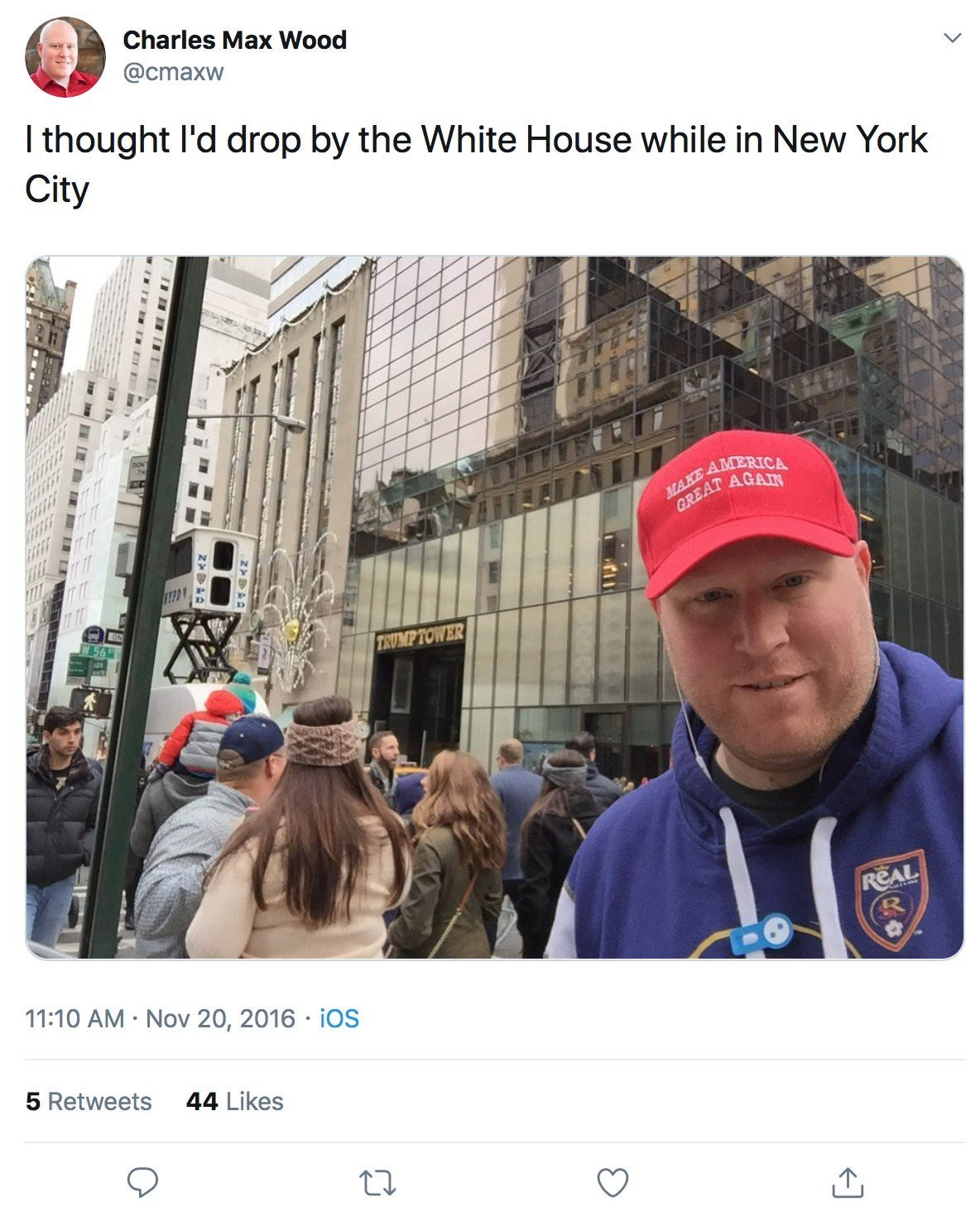 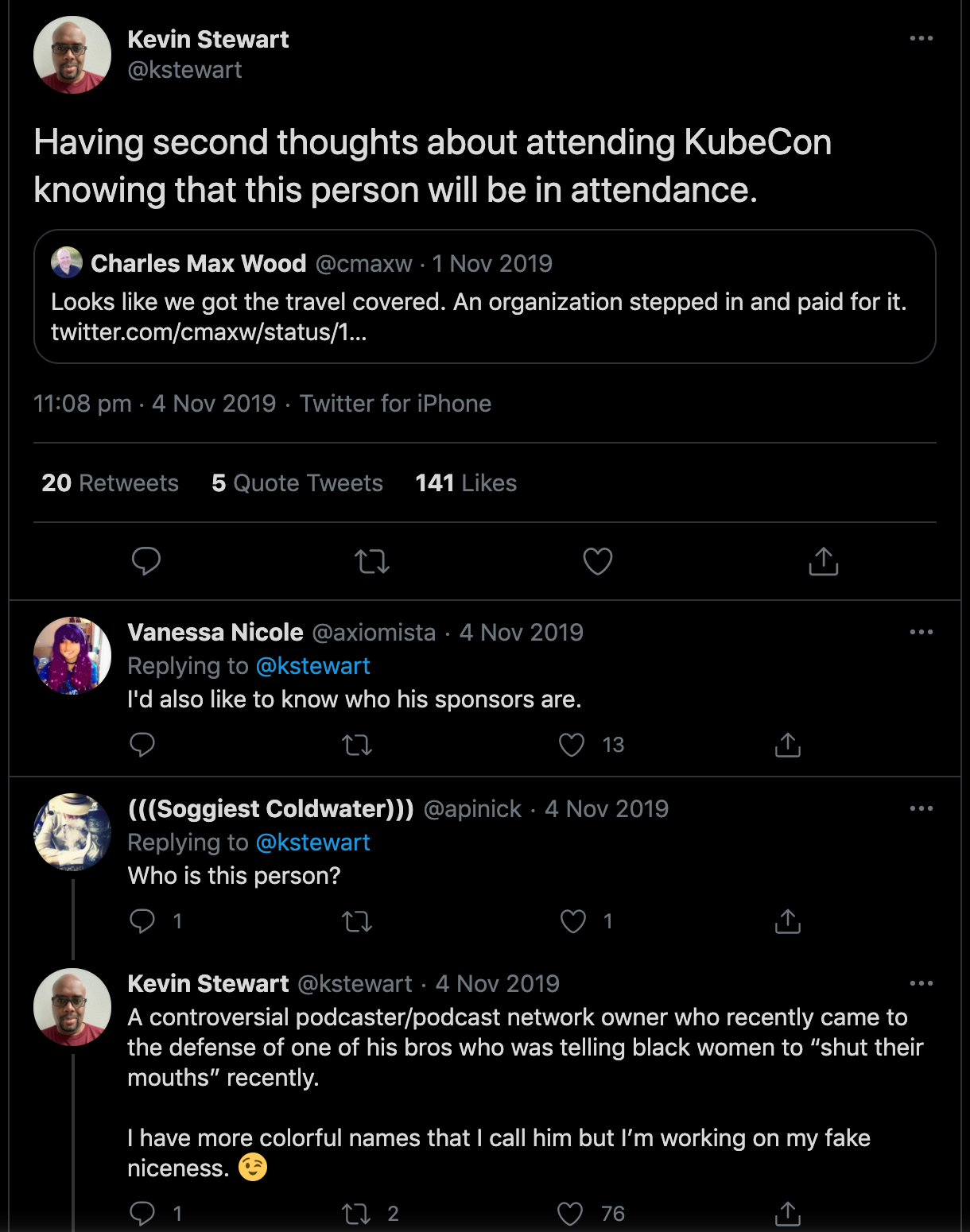 This tweet was instrumental in making the Linux Foundation respond. causeascene, eh? 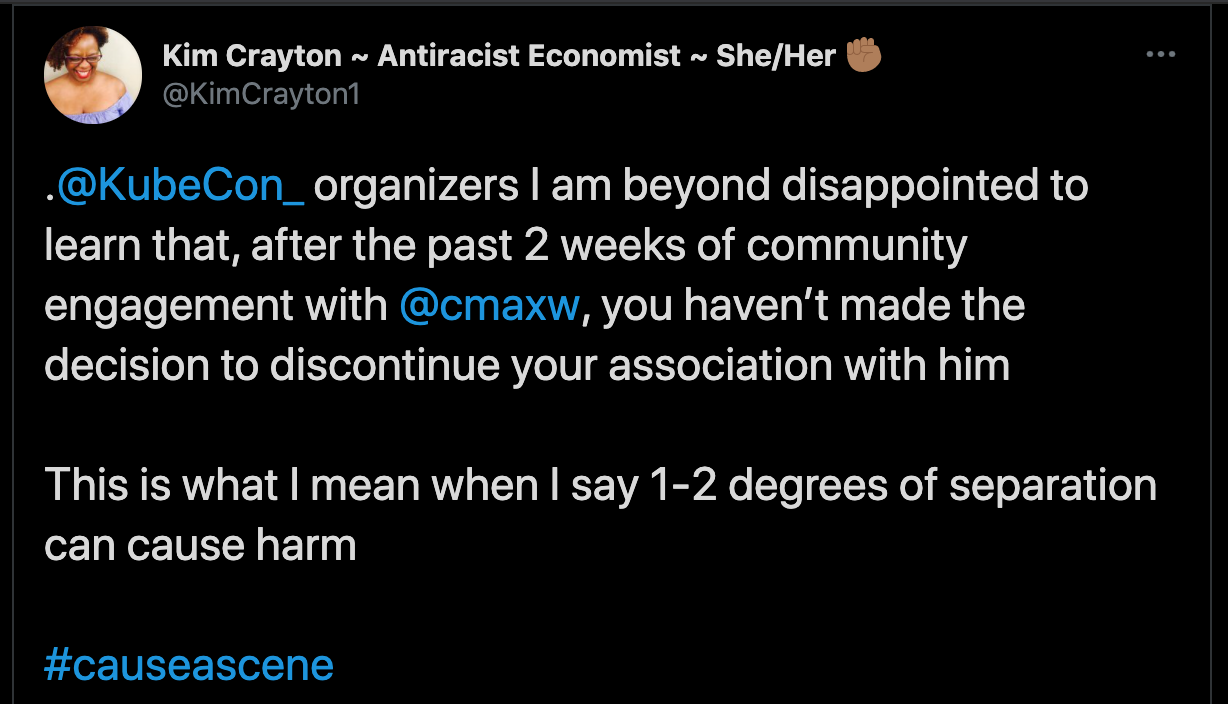 And here's an example of using a more academic language in explaining why he is a bad person: 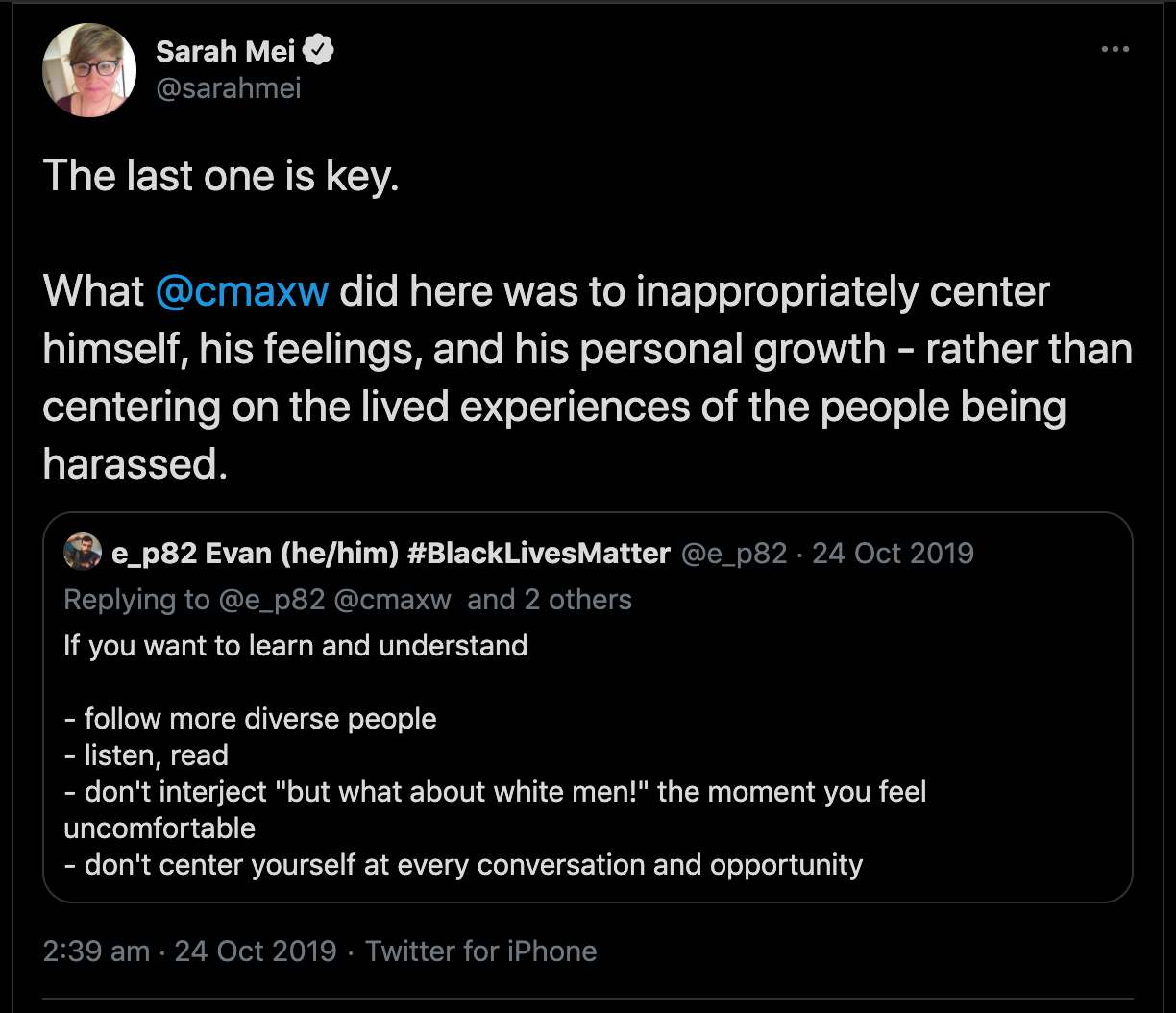 This is a good summary: