Thought of this schadenfreudish tweet today. Was sure I wouldn't be able to find it again, but then remembered where I saw it. This was at the height of developer community's collective sneering at Parler. 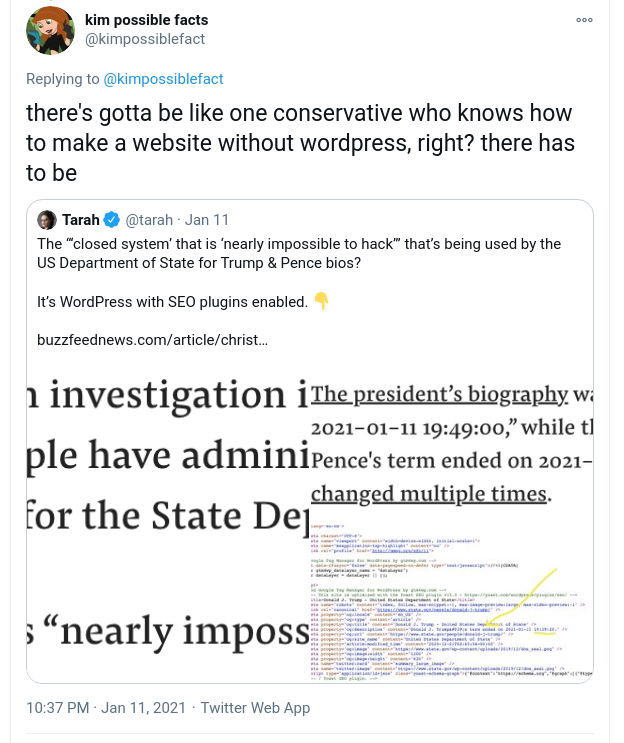 (this particular jab was directed at this... temporary modification of Trump's page on a government site; not sure why she thought it an especially conservative production)

The reason I thought of this tweet was because I learnt that whitehouse.gov is a wordpress site. And a damn good wordpress site too, well designed and properly cached. I remember being super impressed by prince Harry's wordpress-based site before (although why they thought they needed wordpress for something that barely ever gets updated, I don't know), but this one is far more impressive.

I think I like its design better than kremlin.ru's, which looks awkwardly lopsided on wide screens. As for responsiveness, I think they are practically identical.
Collapse