Now, what does the word "its" mean here? Does the tech reporter at the BBC believe that Parler is Amazon's social network?

Also, it's all sorts of amusing how half a week ago most of us haven't even heard or cared of Parler, and now its fate is discussed in general news.

Saw this when looking at gab, which reminded me of the plot of a Cory Doctorow novel, Attack Surface. In it, he spends a lot of time making his characters discuss binary transparency, which should flag targeted attempts to hack a device through a downloaded system update: 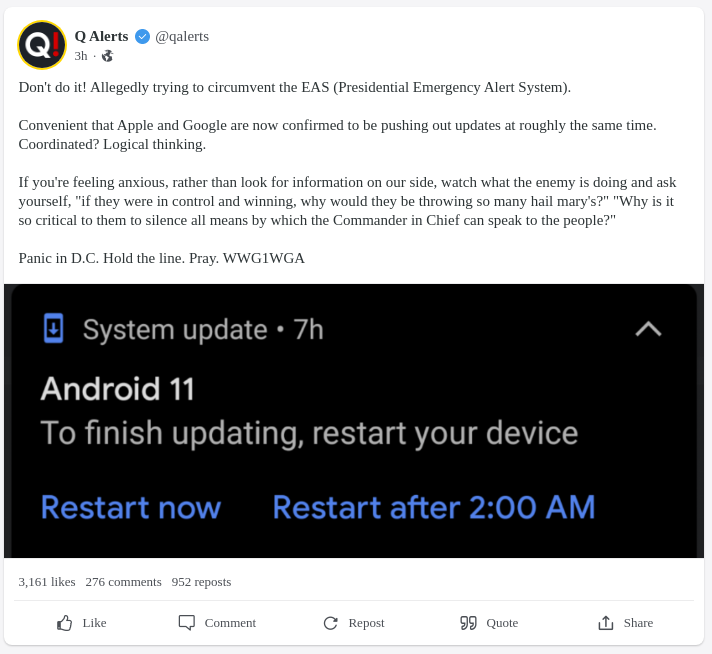 When Doctorow wrote his Little Brother trilogy, his imagination drew him pictures of an oppressive militaristic right-wing government (probably modeled on Bush's US circa 9/11) and a courageous left-leaning progressive resistance. In Attack Surface, it was the BLM (fictionalized as Black-Brown Alliance) that was under continuous cyberattack by the unwaveringly evil police state.

Turns out it's the hapless technologically disadvantaged right who ended up under the joint attack of the government and big tech companies. Yet I doubt that Doctorow will make any of them into protagonists for his next story.
Collapse