I've got to laugh. If Parler had been a progressive web app, it wouldn't have needed an app store. If Trump's pulpit had been a decentralized social network, such as secure scuttlebutt, he wouldn't have been kicked off it, because there would not have been a benevolent dictator powerful enough to administer the kick. This, by the way, was why someone wrote recently how he doesn't support decentralized web anymore — precisely because on such a web, there would be a place even for deplorables.

I, for one, welcome a place big enough to house both the normies and the deviants.

From the continuing observation of online tech-related discourse, one depressing thing is how the developers who generally advocate for freedom, including freedom from big tech app stores, freedom from big brother watching, etc. etc., are not pointing at this latest social media and app store purge and saying, see? this is how little control you have over your communication channels, this is how easy it is to silence the undesirables, let's learn from this and redouble our efforts to build open resilient scalable platforms. Instead, they all seem to be cheering for Twitter, Facebook, Google, and probably Apple by now.

Here's Alex Russell, who is normally a strong proponent of app-store-independent progressive web apps, gloating over the riffraff's confusion at the word "progressive". This is, by the way, what happens when a political movement appropriates a perfectly innocent word: 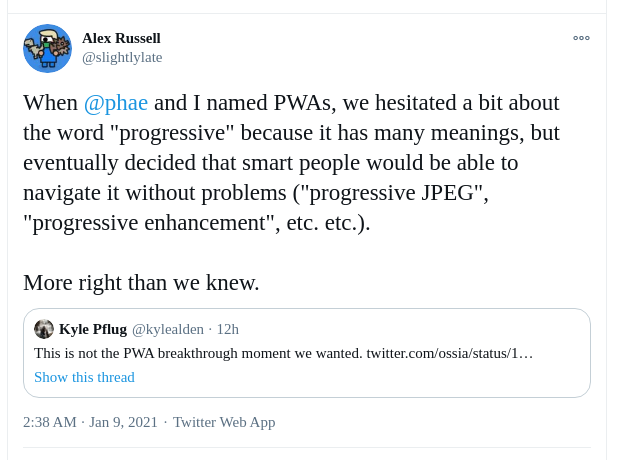 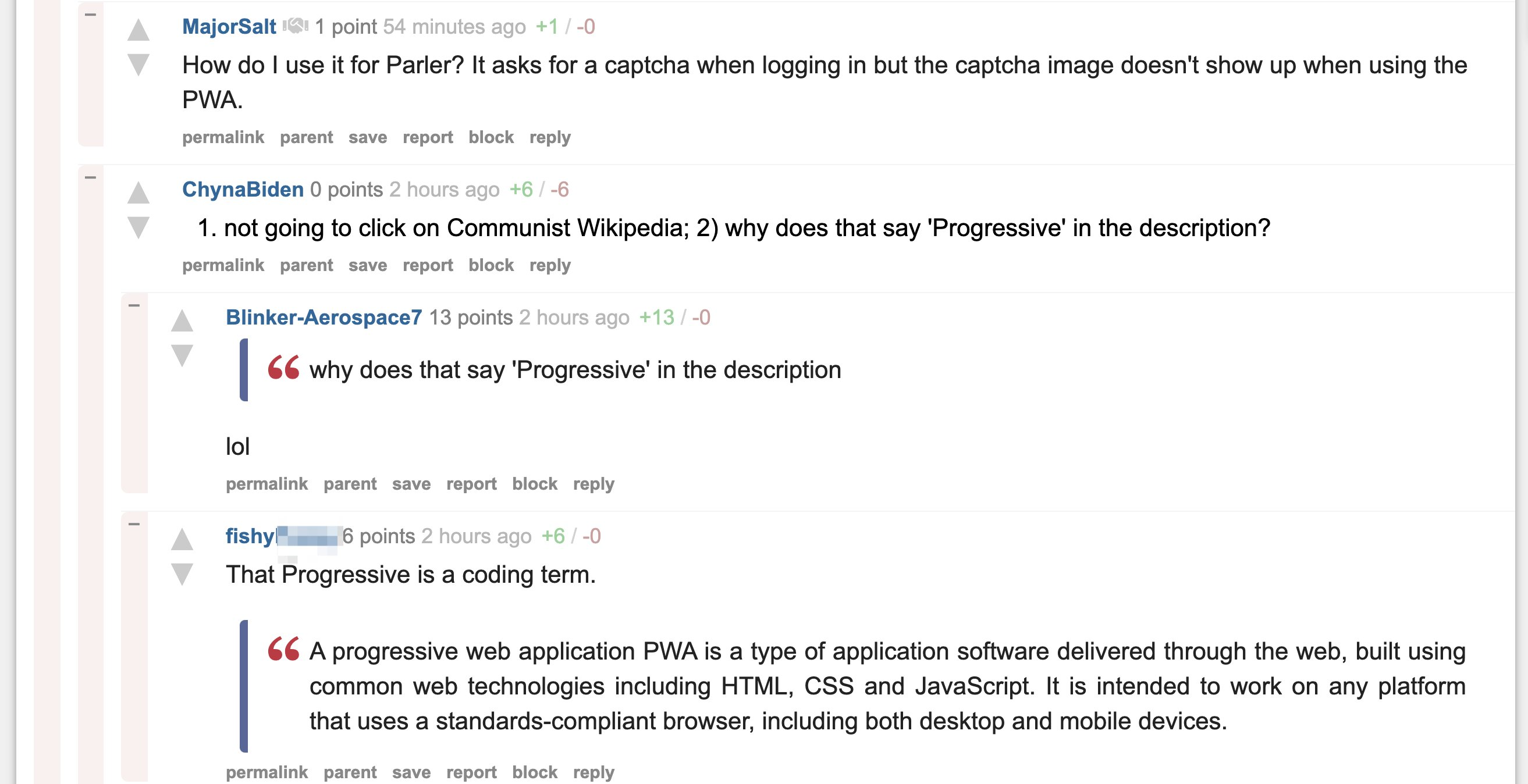 Here's the founder of Mastodon, a distributed social network that positions itself as a place independent from the overreach of the big tech:

He sounds quite pleased with Twitter's decision:

And someone jokes in his thread that if Trump joins Mastodon, they know what to do:

Cory Doctorow, the man who used to rave on and on about the dangers of not owning your software, and how tech companies will fuck you over and over, has not right out declared his support for Twitter's and Google's decisions, but he mostly retweets stuff like this: 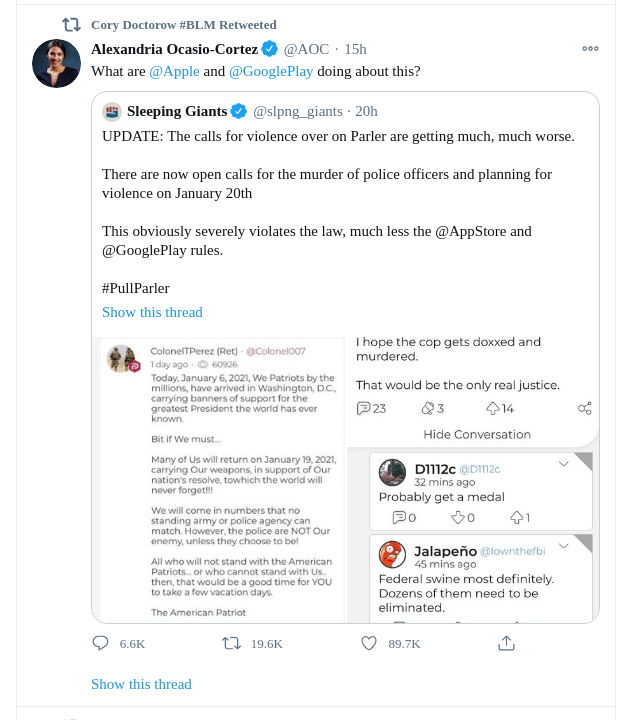 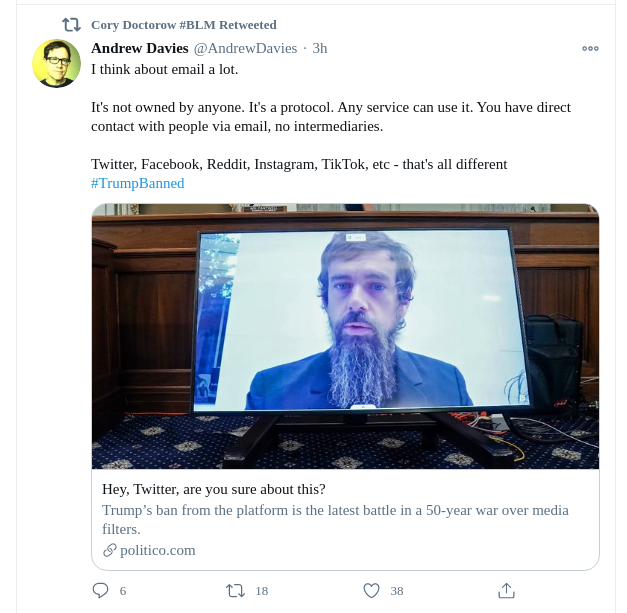 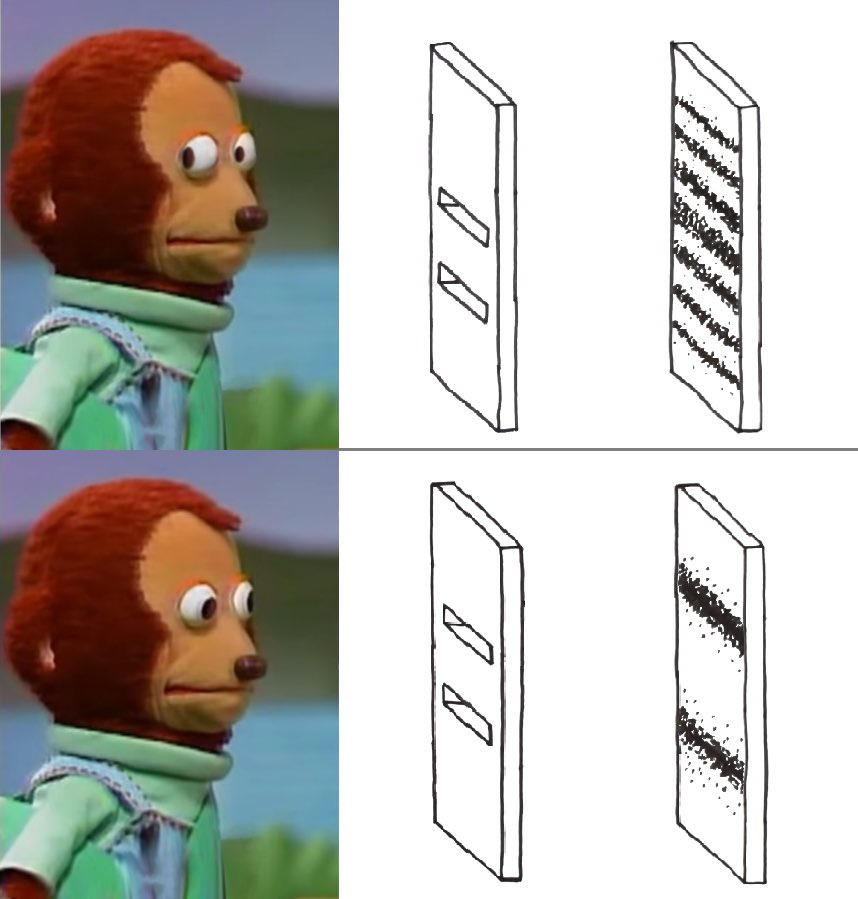 Another bit of comedy — Sam Harris cheering for Twitter's removal of Trump: 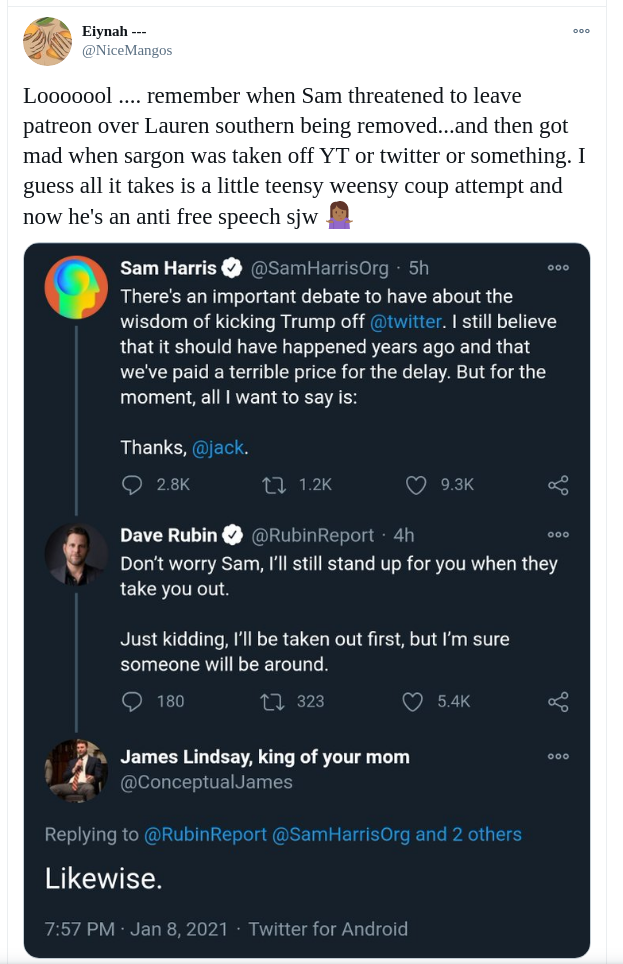 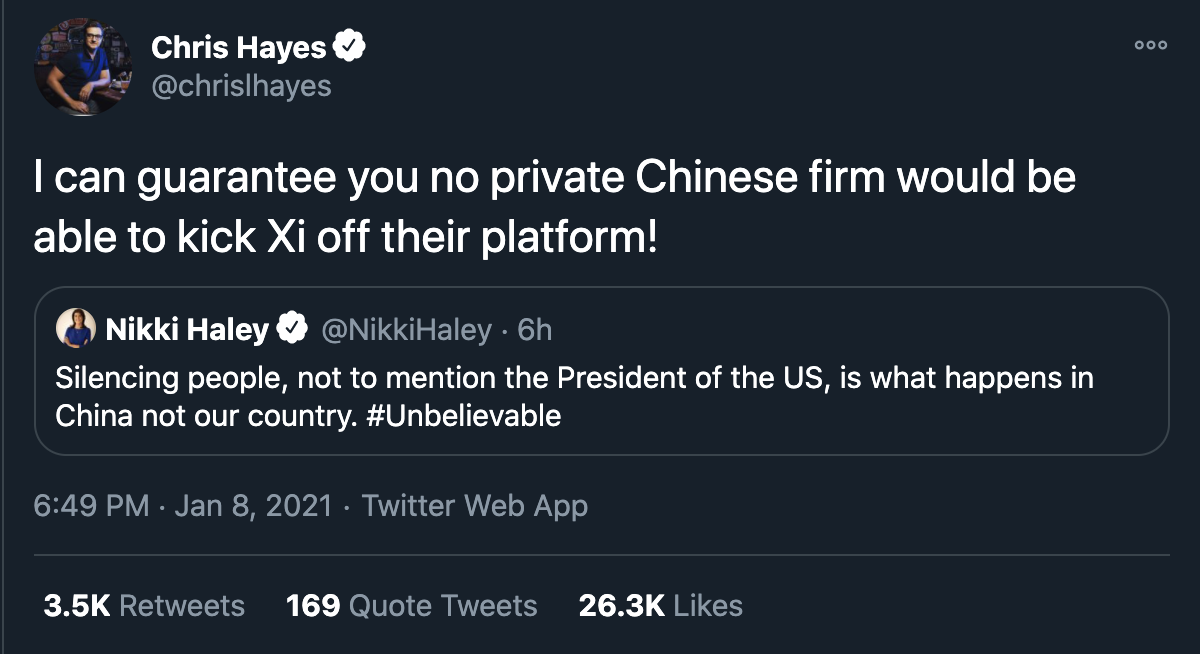