A truly rare sight: a far-right (presumably?) web developer. Sounds loony, but I don't believe this is meant as satire: 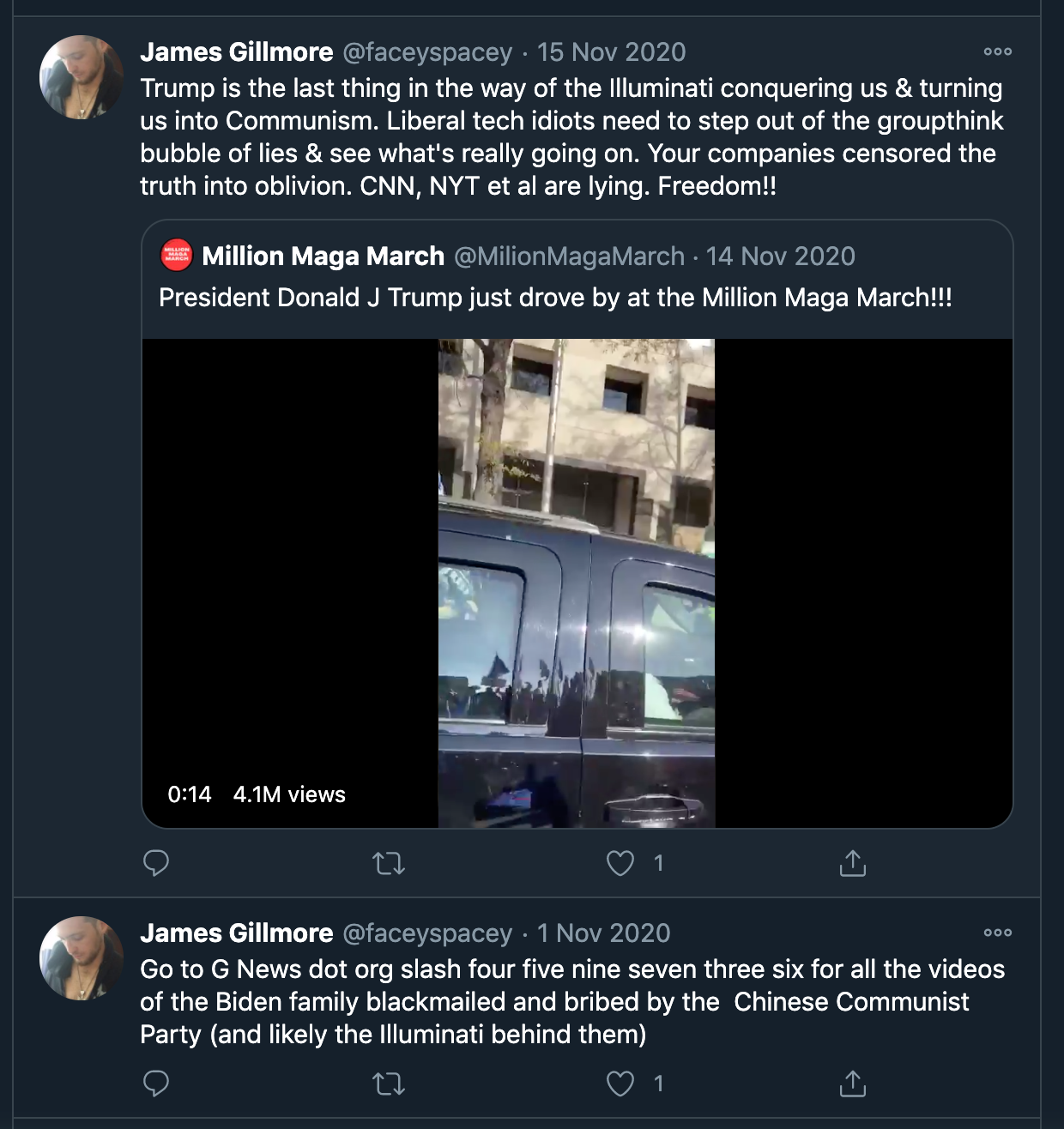 He developed redux-first-router, back when react and redux were the coolest kids on the block. It was interesting for a while before gradually fading into oblivion. Had an ambition of building a whole universal (capable of server-side rendering) react framework with redux put front and cener. So both highly intelligent and creative.

3.5 months after the end of an online (low-budget, instantly recorded) conference:

Oh well. Beggars can't be choosers of gifted horses. Could be worse. Could be sitting on the videos forever.

Saw the phrase "реферальная ссылка" in a Yandex repo. Became aware of the tautological nature of the phrase.

"Boris Johnson condemns 'disgraceful scenes' in US," informs the BBC. "The PM said the US 'stands for democracy around the world', adding it was 'vital that there should be a peaceful and orderly transfer of power'".

Who are all these people talking to? Do Americans care what Boris Johnson or Kier Starmer said or what Nigel Farage tweeted? Do the British have any say in the American election process? Why all this hyperactivity on the day of the beginning of a new national lockdown?

A Googler tweeting (and another retweeting): 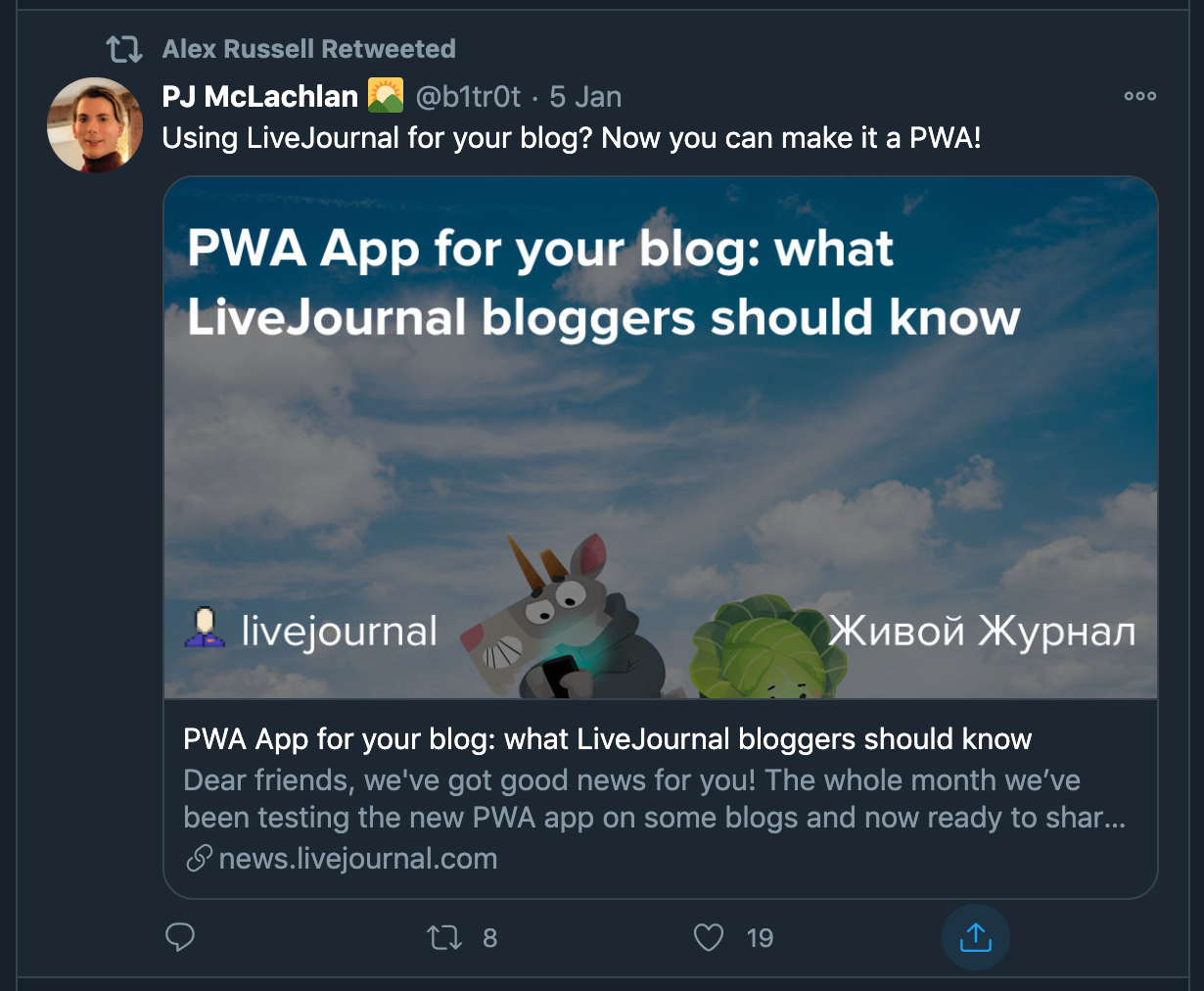 But I thought LiveJournal was dead?
Collapse