I didn't listen to the debate between John McWhorter and Michael Eric Dyson (no idea who he is) about identity politics, but its very beginning, which I did catch, amazed me. In it, McWhorter, answering the question about what the term "identity politics" evokes for him, says this:

The way we use the word 'identity' today is not something someone fifty years ago would have recognized. Rather, when we say identity, it's a shorthand for how a non-white person feels in relation to a white hegemony. That's what we mean by identity, and identity politics proposes that all people who are not, roughly, white Americans, will see themselves primarily as that non-white person in an eternal kind of conflict with the powers that be, who are white. That is what we mean by identity in 2020.

Sweet mother of Jesus! And here I was, thinking that identity is about self-examination, and choosing the tribe that one wants to belong to.

It's unfortunate that Merriam-Webster doesn't publish the historical data about their dictionary entries, and it's difficult to assess when a particular entry was added or modified.

Currently, it seems to be the only one among the freely available online dictionaries that includes the immunological sense of the word "antihuman": 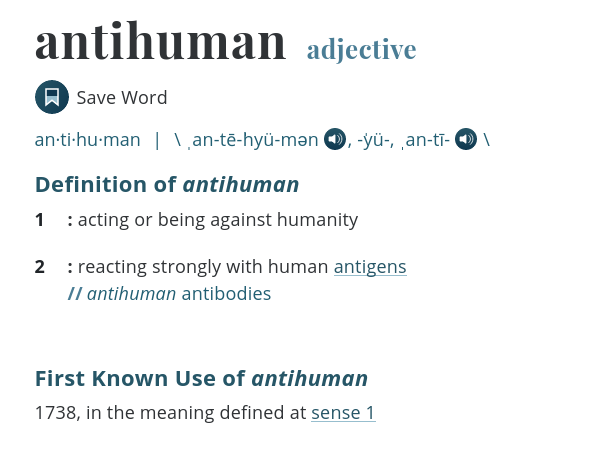 I thought that this was a recent addition; but a bit of digging revealed that Merriam-Webster's Medical dictionary already included this definition in 1995: 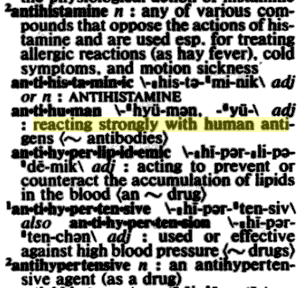 The reason I found that definition peculiar was that, although formally M-W is correct, the phrase "antihuman antibodies", written in this shorthand way without any additional modifiers, would most likely have a very specific meaning, which is antibodies against human antibodies. There is a record of this phrase in this meaning in COCA, although, ironically, the authors of the cited passage (from a 2012 article) are French.

Here's a good example from a book where the author isn't particularly careful with his words and is using the shorthand: 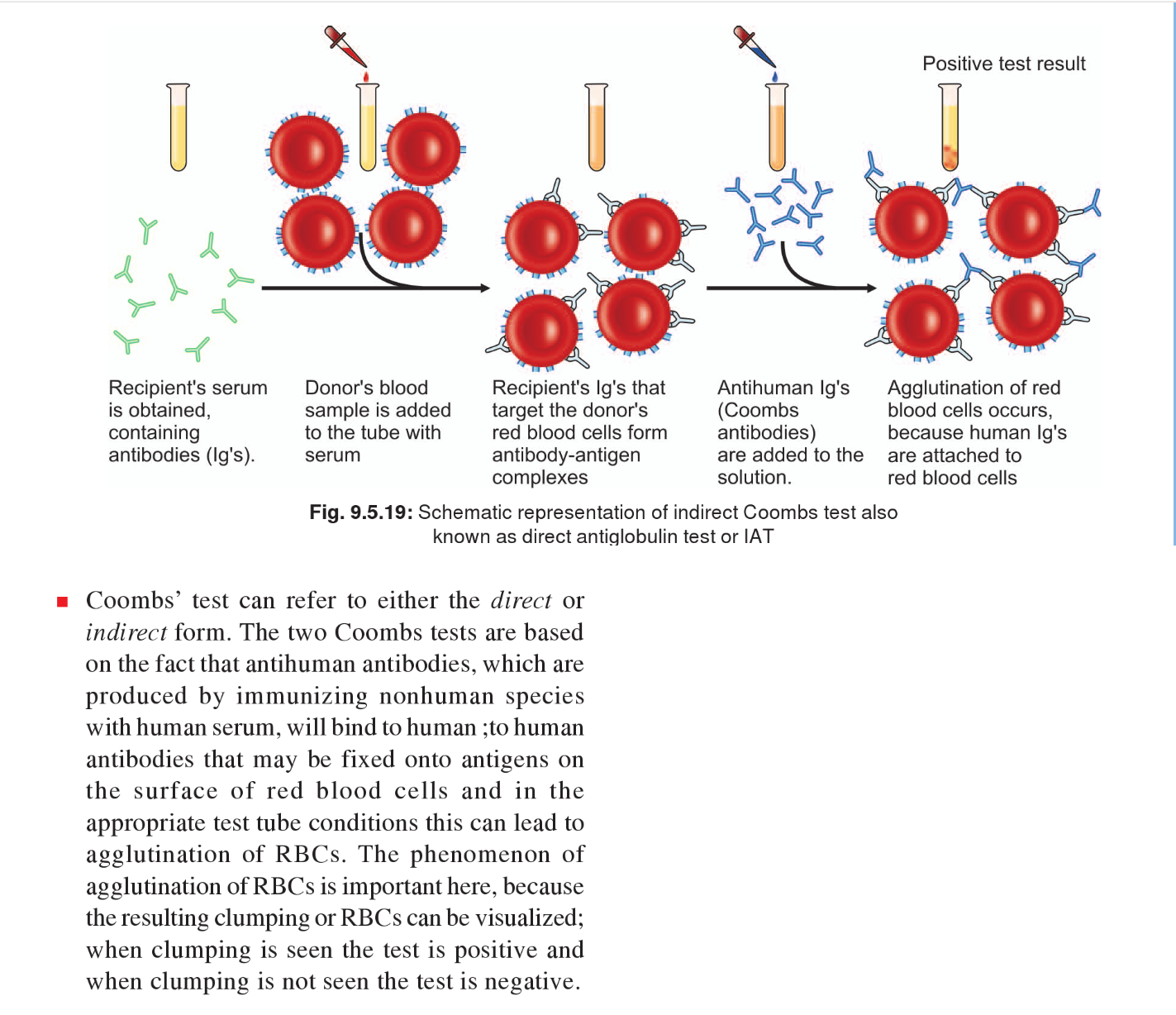