I knew of judge Napolitano, seen his face on the screen a couple of times; but I've never properly listened to him. I don't think I even registered that he mostly appeared on Fox. This time, I clicked on a youtube suggestion, and was treated to his talk about the theory of human rights and its relation to the constitutional history of the US:

And then another one:

Shame there isn't a recorded lecture course by him. In those one-off talks, he repeats himself quite a bit; something he wouldn't have done were his lectures building one upon another. But as a speaker, he is great!

I find myself in a curious position after watching his talks. On the one hand, I find it hard to believe in natural law, sharing Harari's opinion that human rights are a fiction we keep telling each other and thus believe in. On the other hand I strongly favor the individual over the state (which is but another fiction), and find it hard to recognize the legitimacy of state's power over the individual, which is difficult to do without resorting to natural law.

Obviously, I haven't really thought about any of it or studied any of it properly. 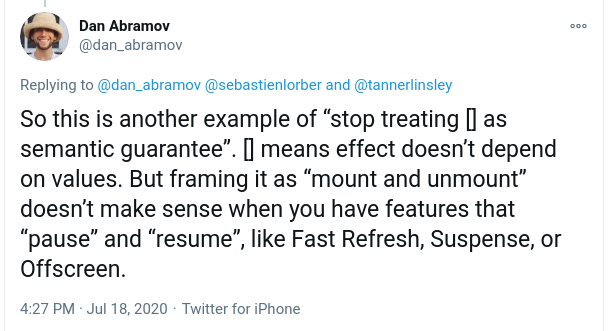 Oh fuck you React! You told us that useEffect with an empty array of dependencies is the new way of modelling the componentDidMount lifecycle hook; you told us that the cleanup function from useEffect is the new way of modelling the componentWillUnmount lifecycle hook; and now you are telling us to stop treating an empty array as a semantic guarantee? How do we do stuff we want to do just once on mounting/unmounting components then?

There's a collective of developers who created several implementations of a global state management system based on different approaches, aiming at making them as simple as possible. Zustand is supposed to be flux-based (think Redux); Jotai is atom-based (think Recoil); and Valtio is proxy-based (think MobX).

The names of all three libraries are puns on the word "state" in German, Japanese, and, for some reason, Finnish.

But since none of the developers in the collective is a native Finnish-speaker, the name they chose (presumably by running the English word "state" through Google translate or something like that) is, I heard, state in the sense of a country rather than in the sense of the order of things. 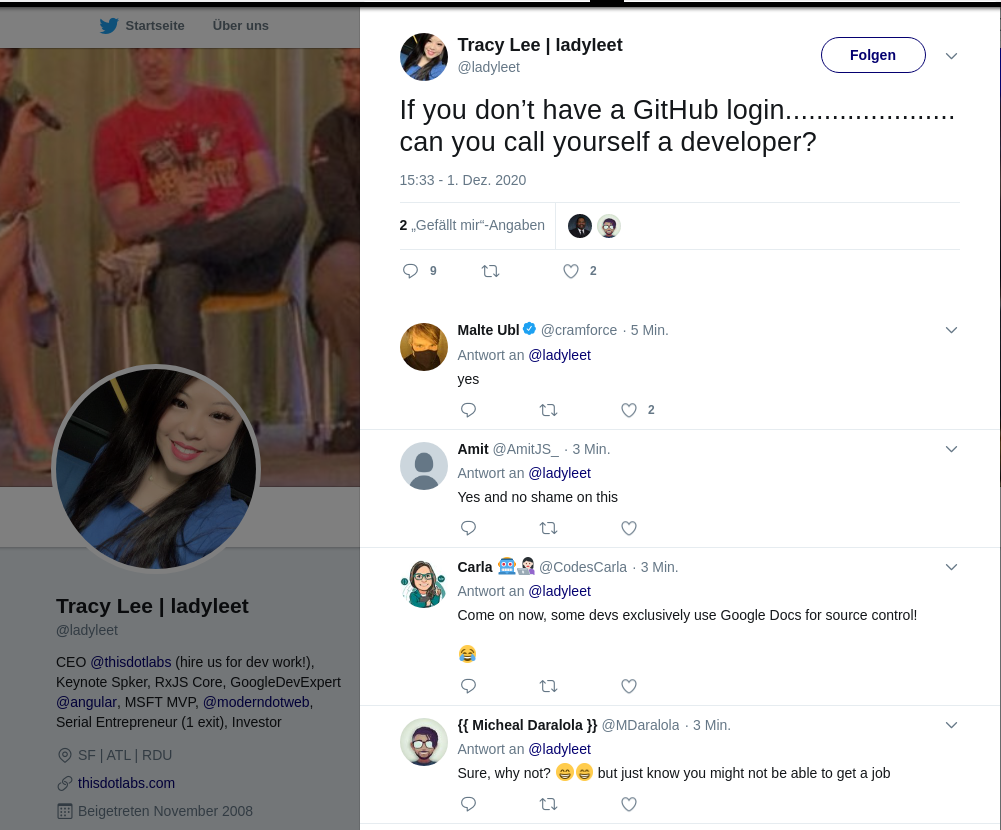 I've only learnt about its prior existence because someone fairly woke scoffed at this lady, who is also normally emanating all sorts of wokeness, political correctness and general cuddly fluffiness. The tweet was already deleted, and I got curious about what blasphemy she could possibly have uttered to regret it that much. Turned out, this.
Collapse