"What can't we do with Apple Silicon on Mac", asks a dev guy in an Apple ad.

"It's a super good question", muses one.

Hey guys! Docker. You can't do Docker with Apple Silicon on Mac. There, you get your answer. Do I get a prize?

Here's Tom Woods arguing against lockdowns. I am too dumb to check his data, and he is not an epidemiologist by training, and his politics is all too transparent, but still the talk is both informative and entertaining. I wonder if youtube will remove it, as it has recently done with videos that dissent from the official public health guidelines. 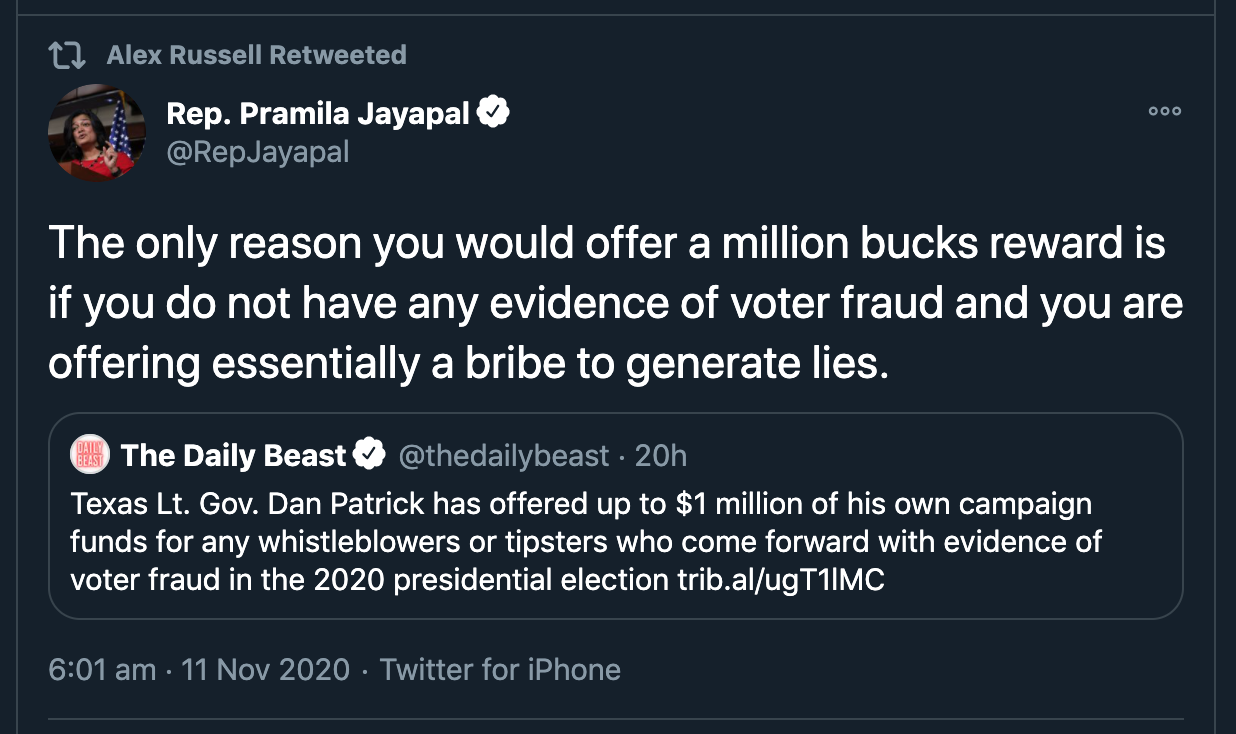 I am listening to Cory Doctorow's new book Attack Surface. I am not entirely sure why I had this itch — as I have already said in this journal on several occasions, I think he is fairly good at nonfiction, but much worse as a fiction writer. I find his fiction didactic and oozing with his own personality, his worldview, his opinions, his politics. It's a vehicle for him to conveniently deliver his opinions into the heads of his readers. For which purpose, nonfiction is a much more honest instrument. But at the same time, technology in his fiction behaves sort of convincingly. And at least I learnt the concept of plausible deniability from his Little Brother.

Of course I would prefer it if characters in a novel did not lecture each other, or the reader, on the way that, say, asymmetric cryptography with public and private keys works, nor embroider those explanations with declarations that "Almost no one understands this stuff". But I have somehow managed half his book already, without getting violently sick. It's better than The Phoenix Project and The Unicorn Project, anyway. Combined. Which, I know, isn't saying much.

I'll probably collect some more quotes from the book; but in the meantime, this is typical Doctorow, letting his character lecture the reader, using almost exactly the same language he, Doctorow, has already used in his earlier blog post or in a podcast, and also thinking so little of the reader's education as to consider them in need of listening to a retelling of a part of the story of Odysseus:

I thought about Ulysses and brushed the fragments of glass off before putting it in my back pocket. I never put anything else in there, and sitting on my phone at this point would only improve the situation I was trying to create.
Ulysses was an early hacker. Normal Greek heroes who had to sail through siren-infested waters had an opsec protocol to keep themselves from being lured to their watery graves by the sirens’ irresistible songs: they would fill their ears with wax to create a firewall that was impenetrable by the sirens’ freespace acoustic network infiltration attempts.
But Ulysses wanted to be able to hear the sirens and live to tell the tale. So he came up with a hack: he had his sailors tie him to the mast so that no matter how tempted he was, he couldn’t choose to jump into the sea.
Economists call this a Ulysses pact — the bargain your strong, present-day self makes with your weak, future self. You can make a Ulysses pact by throwing away all your Oreos the night you go on a diet, or only taking enough cash to buy three beers when you go to the bar, or, if you happen to be at Burning Man attempting something very scary and risky, by leaving all the acid at camp after ingesting your hit, so that when you start to peak, you literally can’t give way to the otherwise irresistible temptation to eat all the rest of it and see just how high you can make that peak go.
Ulysses pacts aren’t an admission of weakness, they’re a show of strength: a way to use your strong self against your weak self. Could I resist using my compromised phone? Fucking right I could: I could resist using it by smashing it to smithereens.

P.S.: I stumbled upon this disgruntled critic on Hacker News when I was googling to remind myself where I heard Doctorow's story of Ulysses before.

While still on the topic of Doctorow, I think I heard only him use this phrase (in different books, for different characters), but here's Eric Raymond writing about it in Hacker's Dictionary: