His humor has become so partisan, so "progressive", so bloody preachy, it's not even funny anymore: 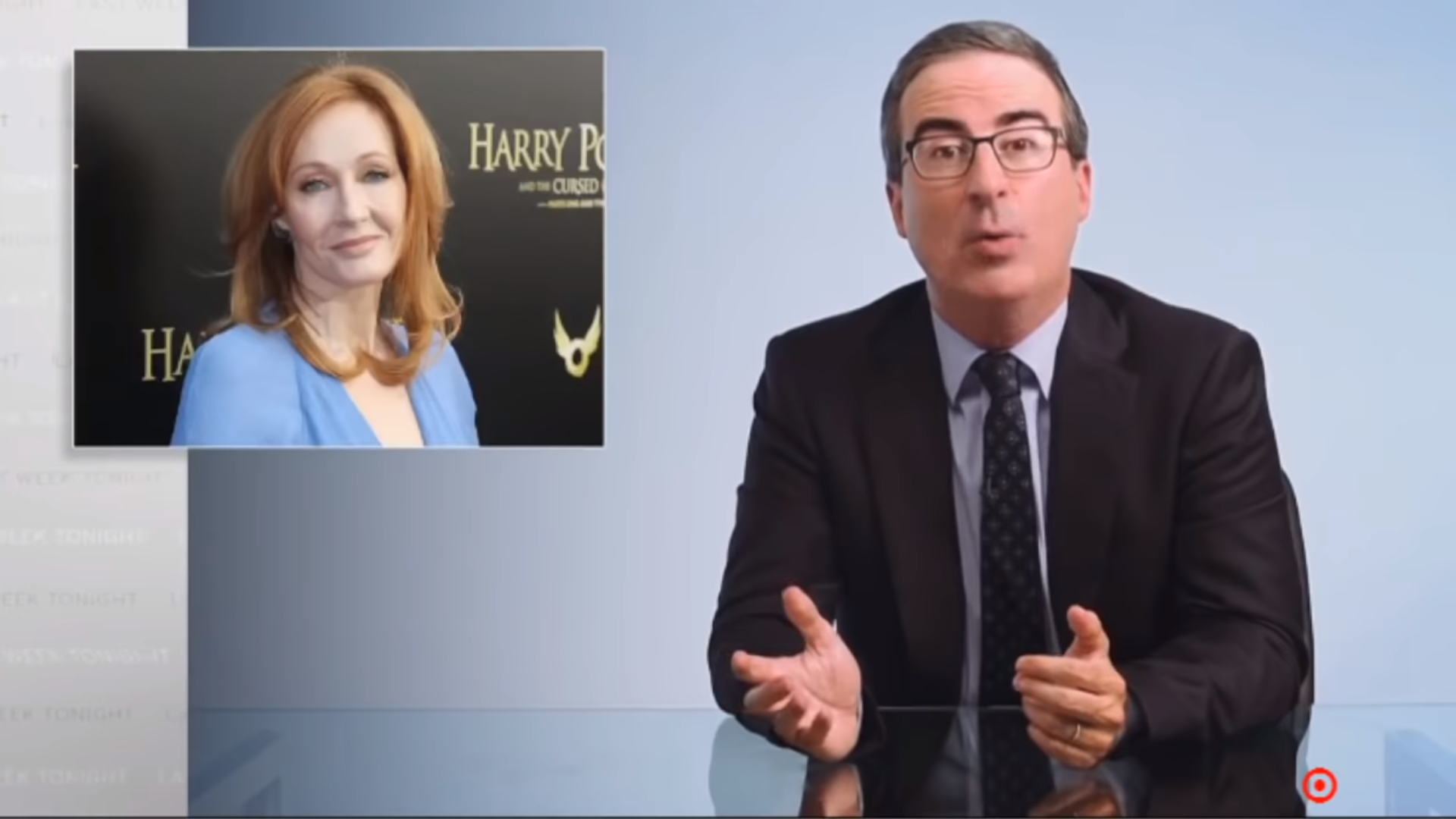 "It's the same approach every Harry Potter fan is currently trying to take towards J.K. Rowling. 'Obliviate! You go, the books stay.'"

An interesting conversation between Glenn Loury (not a fan) and John McWhorter (mostly a fan).

McWhorter (starting at 21:24): But to be honest, what I am seeing is that American intelligentsia — and a lot of that intelligentsia is of color, frankly — I hate to be vulgar about it, but it smells like pee. To me, what we are dealing with is an American intelligentsia that has peed itself, because they are so afraid of being called a bad name in public. They don't want that Twitter mob to come after them. And they’ve got pee in their underwear. And I am synesthetic, so to me it really is at the point where it smells like piss. And I am... beginning to be almost ashamed. Because what I see in this is people... I mean, you have to have charity in that they are so scared. I can imagine how scared they are, because I know how scared I would be to be called a sexist in the public sphere. It would make me want to jump into a lake and drown. It would nearly kill me if somebody put that stamp on me that I don't like women, or, you know, whenever there's been a hint of it, I have nearly had some sort of gastrointestinal problem. That's how I think all those educated people feel about being called a racist. And I understand. But it's time for them to get over it.

I am not quite sure whom exactly he has in mind — what are the defining characteristics of an intelligentsia for him, or how the intelligentsia of color can be terrified to be called racist — but the overall mood, I think, is captured quite accurately.

I discovered London Review of Books :-)

The article The Arrestables, about Extinction Rebellion is pretty good; sufficiently distanced and researched to be interesting, although even so, the author is a bit too sympathetic to the movement. 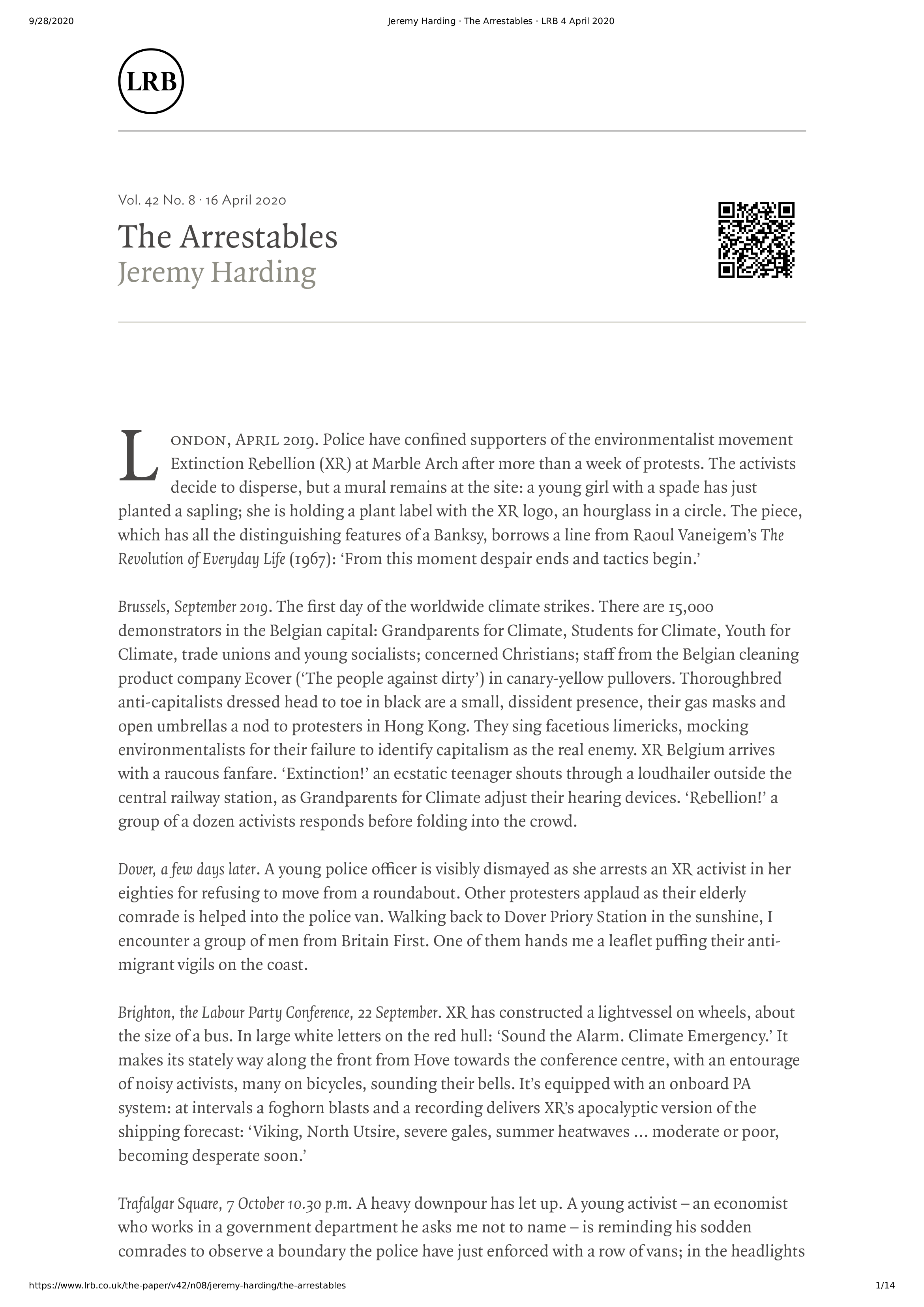