Here's Dennis Prager, who, according to Wikipedia, is a conservative talk show host. In this video, apart from all the nonsense that he says, there's a brief segment where he is critiquing the value of diversity, and I am finding myself oddly agreeing with him. Probably because what he says is so basic. In any case, it was fun to hear someone voice their dissent from the modern catechism:

Looking at the site of the recent online CascadiaJS conference.

Every participant is announcing "their pronouns". Looks like it's mandatory. None has come forward and said, look, you are making me uncomfortable with this pronouns thingy of yours. None has entered a dash or has left the field blank. Everyone's playing along.

When volunteering "their pronouns", none offers a single form, which the audience should be perfectly capable to expand into the full paradigm if it's a regular pronoun. About nine out of ten write out the pronoun in the nominative and objective case: 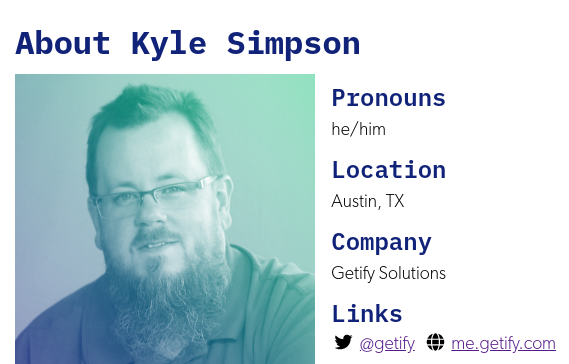 This incomplete paradigm bothers me almost as much as the ritual of pronoun announcement. Why nominative and objective case? Is there something special about the objective case? Do people just forget about the possessive case? Why do they feel the need to spell out any of the indirect cases anyway?

There were a couple of people (both males) who remembered the possessive case: 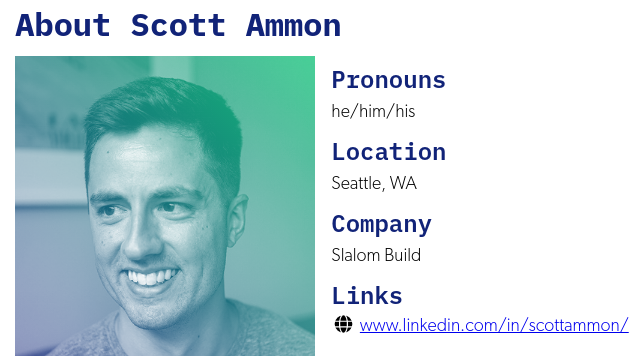 There also are a couple of exceptional entries. One speaker was so bursting with enthusiasm that he seems to have forgotten that the field is asking just for pronouns (I'm sure his third one is not the possessive case of "his pronoun"): 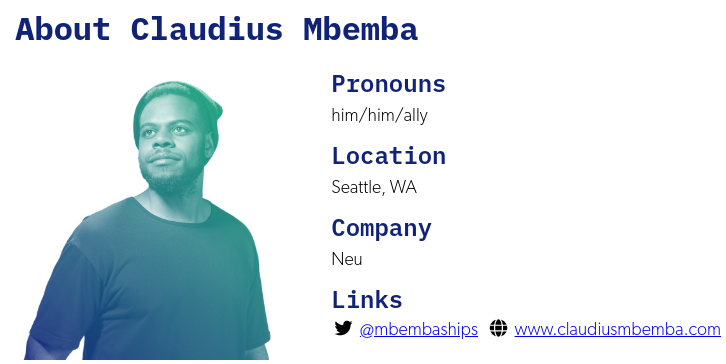 While the other one used the slash not as a paradigm form enumerator, but as an either-or sign. It makes him almost an exception to the rule that no-one is offering a single form of a pronoun — almost, because he is not content with a single word either; looks like the rule is actually that no-one is satisfied with just a single word for "their pronouns" — that probably looks too miserly: 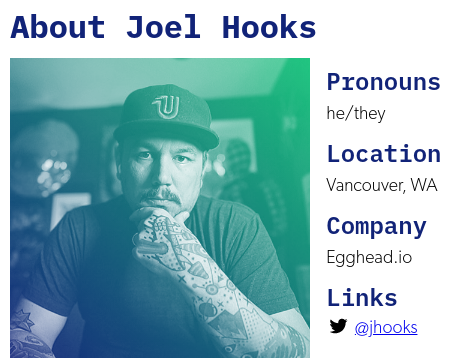 P.S.: Wow, they are even doing this in the videos: