This is the New York Times, reporting on the tactics of bullying and intimidation in a very sympathetic manner: 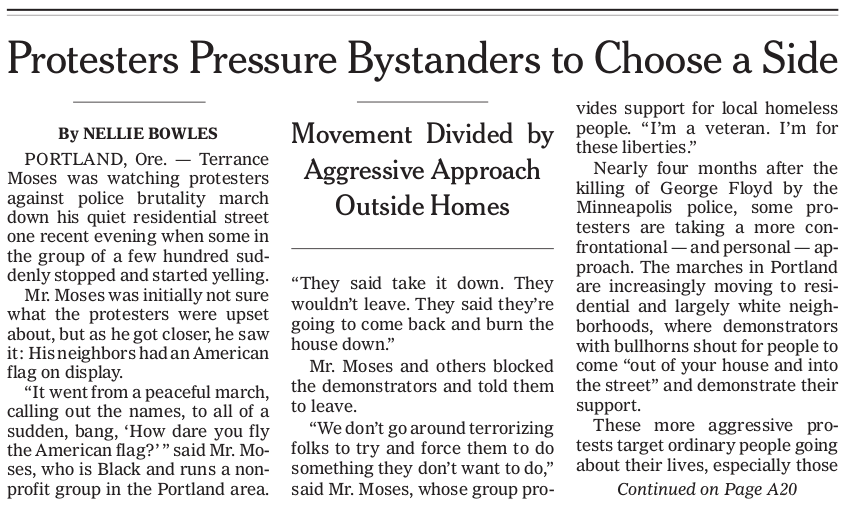 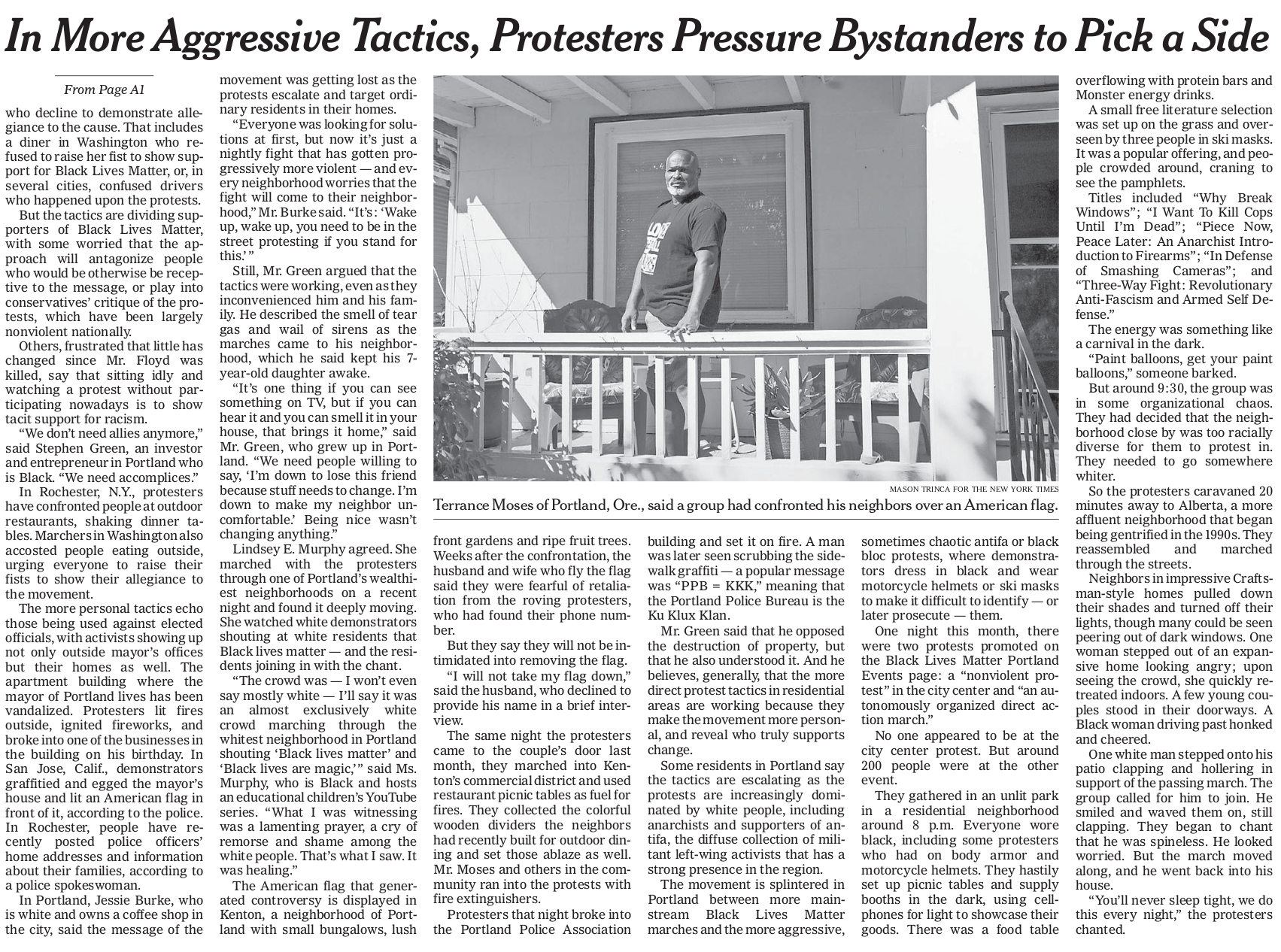 ...the tactics are dividing supporters of BLM... some are worried that this approach will antagonize people... or play into conservatives' critique... others, frustrated that little has changed... say that sitting idly and watching a protest without participating nowadays is to show tacit support for racism.

The opinion that the people who are harassing bystanders are power-drunk insolent meddling bullies certain of their impunity does not begin to enter the conversation.

...in Portland... yada-yada, who is white and owns a coffee shop said the message of the movement was getting lost...

The message of the movement, right. Because that's what's important to a coffee shop owner...

...Mr. Whatever argued that the tactics were working... I am down to lose this friend because stuff needs to change... I'm down to make my neightbor uncomfortable. Being nice wasn't changing anything.

...he opposed the destruction of property but he also understood it

They should report on ISIS (does it still exist?) in this manner. I am sure those guys also have all sorts of legitimate grievances.
Collapse