Another good (well, certainly entertaining) talk at StrangeLoop, although by the end of it the speaker veers into the territory of gender politics:

Then I found this statement on her web site: 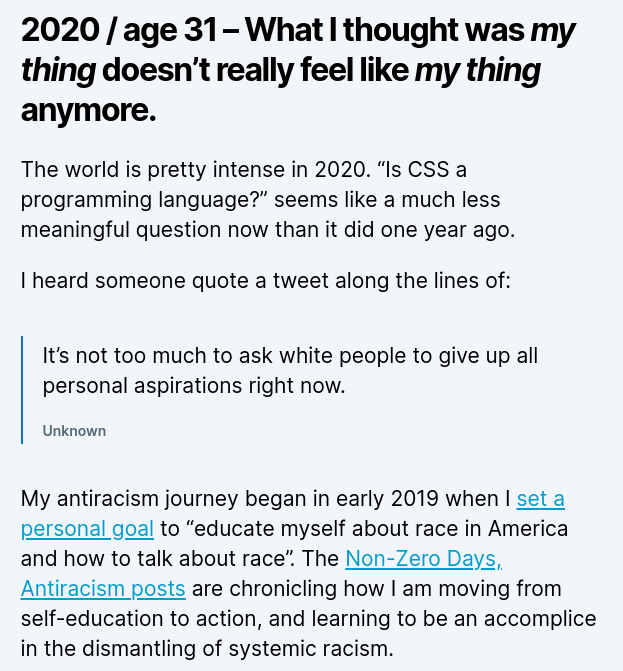 I have heard several times, since June, the reference to Vaclav Havel's essay, in which he paints a familiar picture of a shopkeeper putting a political slogan on display:

The manager of a fruit-and-vegetable shop places in his window, among the onions and carrots, the slogan: "Workers of the world, unite!" Why does he do it? What is he trying to communicate to the world? Is he genuinely enthusiastic about the idea of unity among the workers of the world? Is his enthusiasm so great that he feels an irrepressible impulse to acquaint the public with his ideals? Has he really given more than a moment's thought to how such a unification might occur and what it would mean?

I think it can safely be assumed that the overwhelming majority of shopkeepers never think about the slogans they put in their windows, nor do they use them to express their real opinions.

This is a good illustration of behavior in a solidified system of rituals; and it can also be applied to the analysis of what Heather Heying calls "don't hurt me" signs. But the statement above is an illustration of a completely different sentiment: not the apathetic resignation of the shopkeeper, not business owner's fear of an angry mob, but the fervor of a revolutionary.

This is clearly bullshit. Their articles used to be way better. Don't know what happened to that care about quality.
Collapse