Interesting. The White House has issued a statement that they will stop funding trainings within federal government agencies that are incorporating "critical race theory" in their teaching programs.

The statement is narrowly, almost comically, focusing on only two concrete messages of a training:

In the meantime, all agencies are directed to begin to identify all contracts or other agency spending related to any training on "critical race theory", "white privilege," or any other training or propaganda effort that teaches or suggests either (1) that the United States is an inherently racist or evil country or (2) that any race or ethnicity is inherently racist or evil

They are not recognizing that the whole push for diversity that's been championed since I don't know when is inextricably linked to these concepts. If you remove "white privilege", are you allowed to keep "male privilege" or "cis privilege"? Are you allowed (or even required) to keep the yardstick that tells you that if a distribution of one or more of the obsessed over characteristics in a given group is different from that in the general population then the act of racism, or sexism, or homophobia, or transphobia, or some other kind of systemic oppression has taken or is taking place?

The statement reads as an immediate, ad-hoc performative response to the present situation; not as a result of any sort of deep analysis. 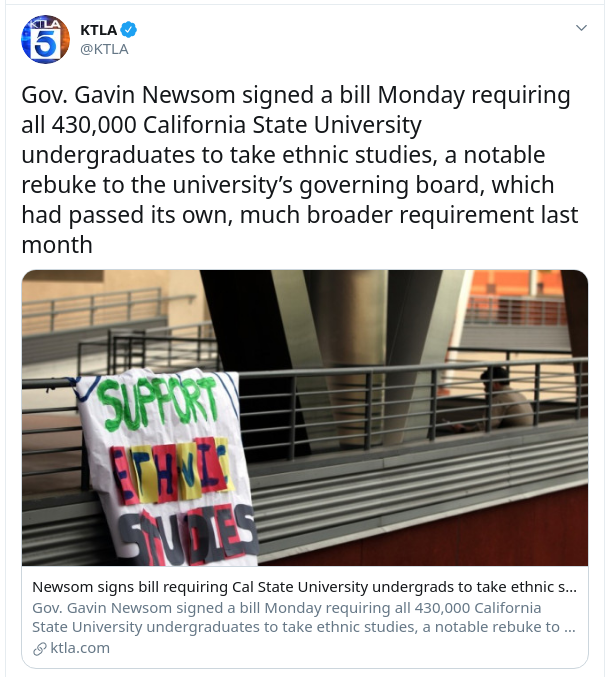 And here's the syllabus of a course that they say is mandatory for freshmen at the University of Pittsburgh.

Is higher ed determined to have its own version of History of the Party and Scientific Communism? Is it some sort of an educational universal that students be forced to sit through classes they didn't sign up for when they decided to get a degree in pursuit of a more lucrative career?

"Mister Spigott, you are auditioning, are you not, for the part of Tarzan", goes the line from a famous sketch by Peter Cook and Dudley Moore, where a one-legged person is applying for the role:

In those times, it was considered comical. Fast-forward half a century, and Nottingham Playhouse produces a version of the Madness of George III, where the part of Charles FitzRoy is played by a woman without an arm (left corner, red coat): 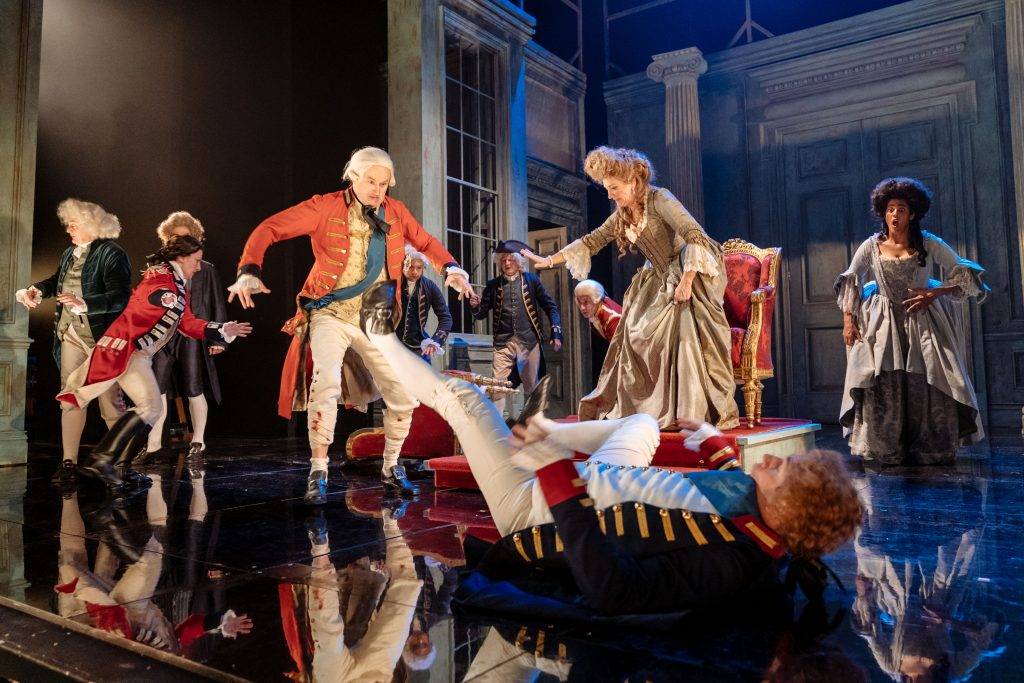 The character behind her, in green coat, is doctor Richard Warren, by the way; also played by a female actor.

On the other hand, theater has always been like that, when first all female parts used to be played by men, and then the tables turned somewhat.
Collapse