From Stephen King's Desperation. A boy has been hit by a car, and is, as everyone thinks, brain-dead, in the hospital, when his friend visits:

No response but the sound of the machine that was doing Brian’s breathing for him now that his brain had blown most of its fuses. This machine was at the head of the bed, and it was the biggest. It had a clear plastic tube mounted on one side of it. Inside the tube was something that looked like a white accordion. The sound this machine made was quiet—all the machines were quiet-but the accordion-thing was unsettling, just the same. It made a low, emphatic noise each time it went up. A gasping noise. It was as if part of Brian wasn’t down too deep to feel pain, but that part had been taken out of his body and penned up in the plastic tube, where it was now being hurt even worse. Where it was being pressed to death by the white accordion-thing.


Ok, so the boy is clearly on the ventilator, right? He can't breathe on his own; so he has a tube in his throat, which is connected to a machine that is doing his breathing for him.

Several pages later, a miracle happens, and the boy wakes up. Here’s how his mother is telling his friend about this:


“About twenty minutes after you left, the EEG monitor started to show waves. I saw them first Mark was down in the caff, getting sodas—and I went to the nurses’ station. They didn’t believe me.” She laughed through her tears. “Well, of course, who would? And when I finally got someone to come look, they called maintenance instead of a doctor, that’s how sure they were that it couldn’t be happening. They actually replaced the monitor, isn’t that the most amazing thing you ever heard?”

“It wasn’t until they saw the same high waves on the new monitor—only even stronger—that one of the nurses called Dr. Waslewski. He’s the neurologist. Before he got here, Brian opened his eyes and looked around at us. He asked me if I’d fed the goldfish today. I said yes, the goldfish were fine. I didn’t cry or anything. I was too stunned to cry. Then he said his head ached and closed his eyes again."


So a boy, who up until now has had a tube stuck in his throat; who still must have the tube in his throat, because no-one, of course, has had the time or a reason to extubate him, suddenly speaks?! What are you doing to your readers, Stephen; what happened to your imagination? 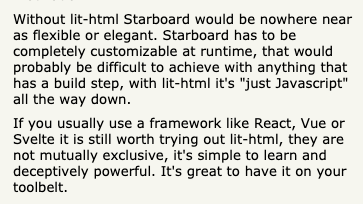 Deceptively powerful? Is this a good thing?

From the Readme of express-winston middleware:

BLM and 5.x breaking changes
The maintainers of this project no longer feel comfortable with the following terms:

whitelist
blacklist
master
Therefore, exposed configuration options, types in this library using those terms are due to be removed in the upcoming 5.x series, including the master branch, you should update your apps and your code accordingly. We've taken immediate action to make main our default branch in Git.
Collapse