Here is Spectator‘s cover (by the way, what image from the shared cultural memory does the cartoonist allude to? I thought it’s winged monkeys from The Wonderful Wizard of Oz, but couldn't find a confirmation on google. and yet the image looks so familiar!) 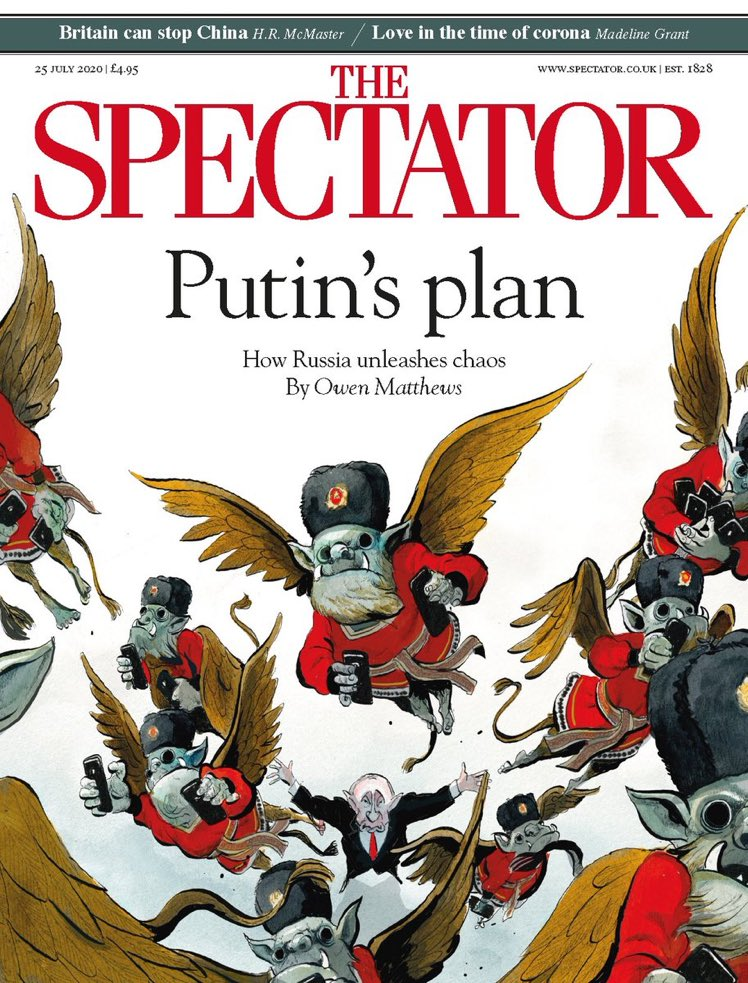 And here’s the Times from last Thursday, which dedicated a large portion of the front page, and four other full pages — not to mention an opinion piece — to Russia: 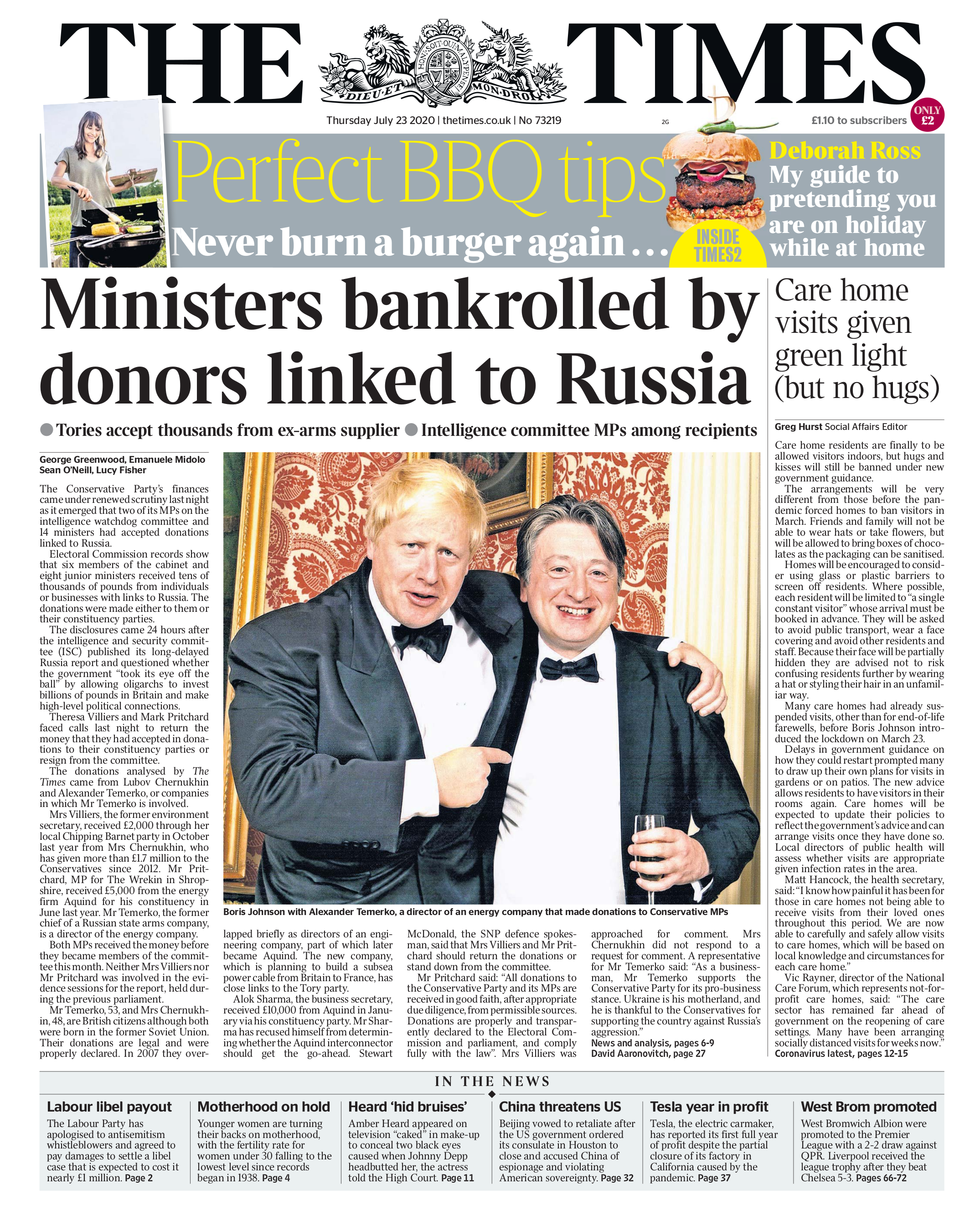 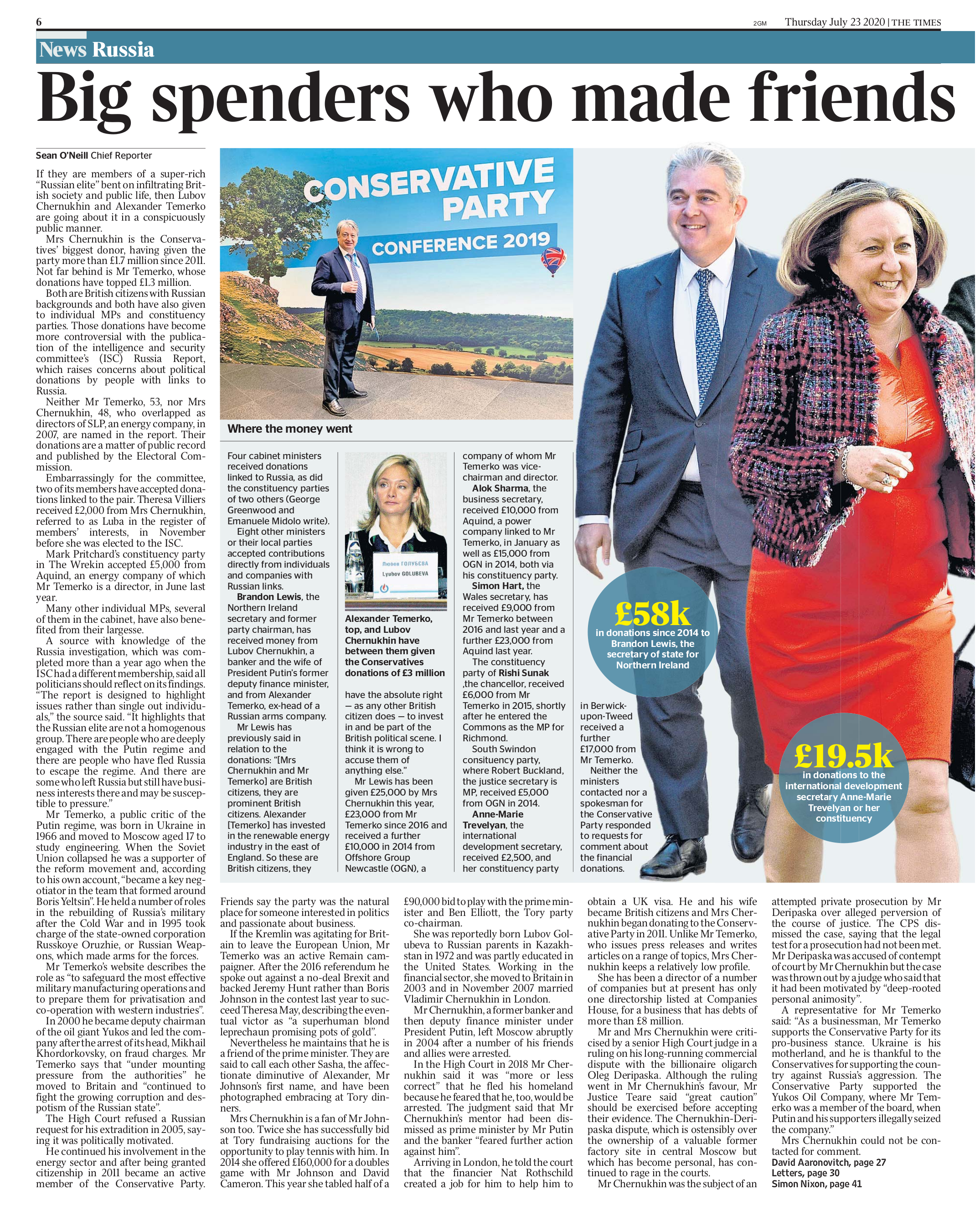 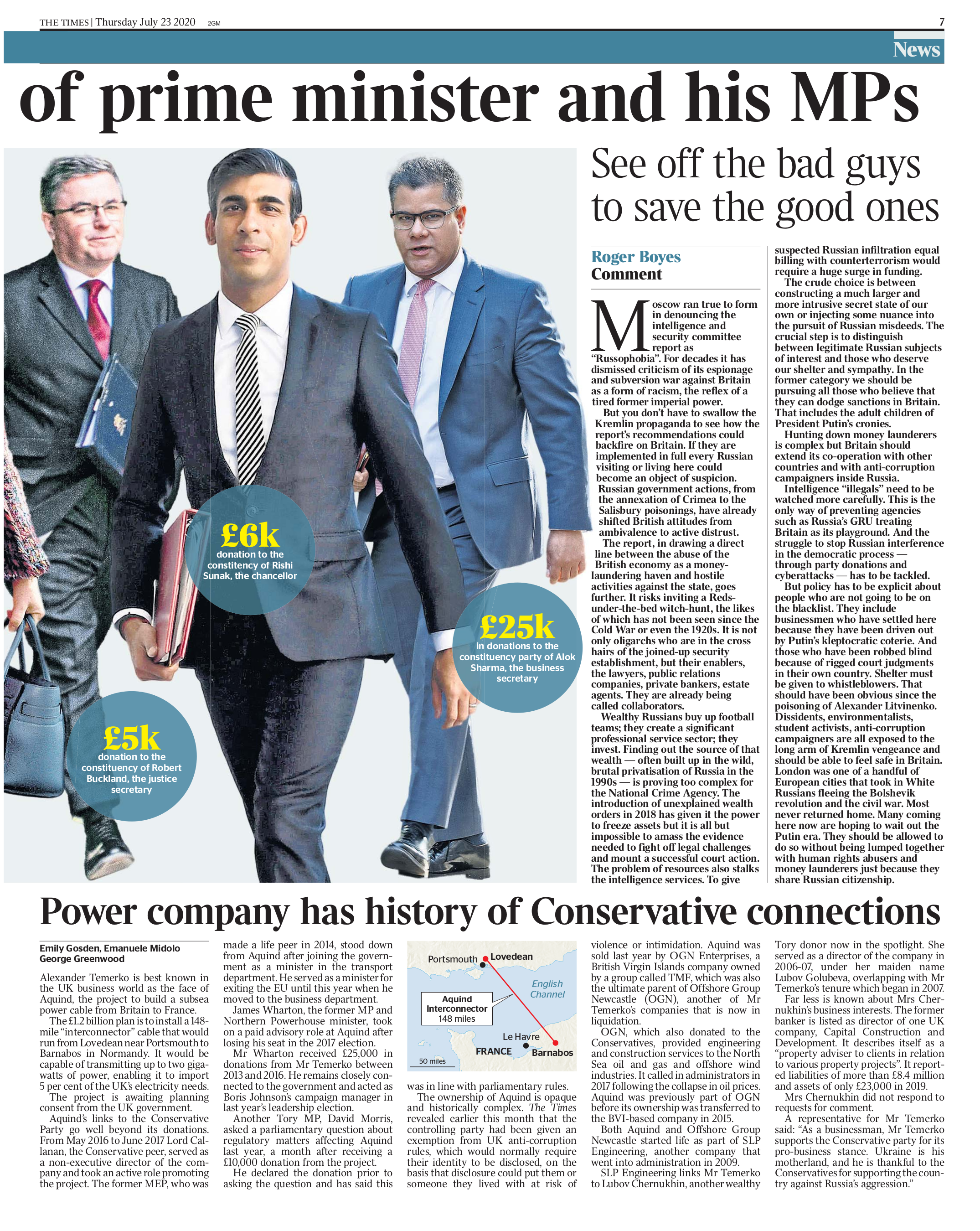 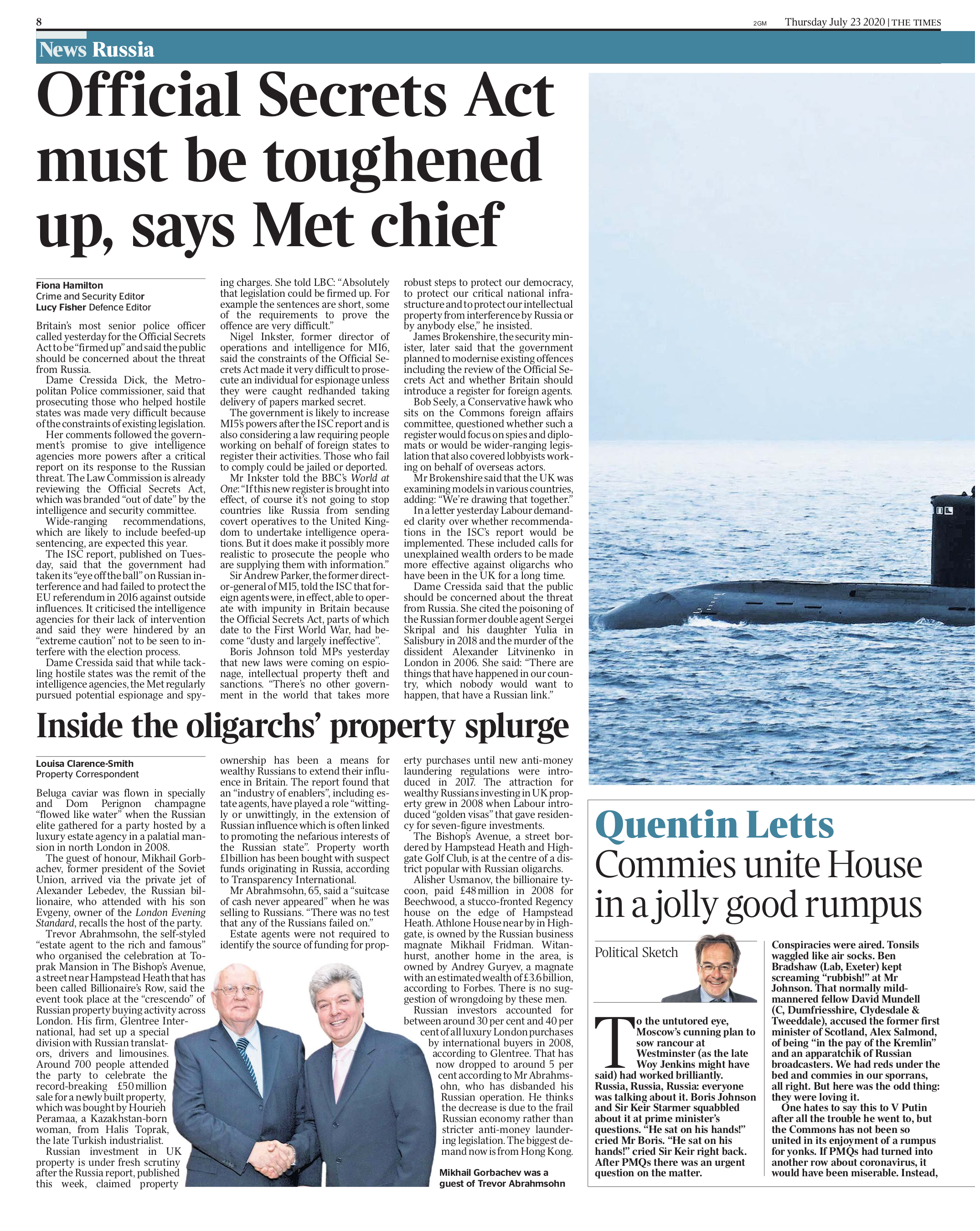 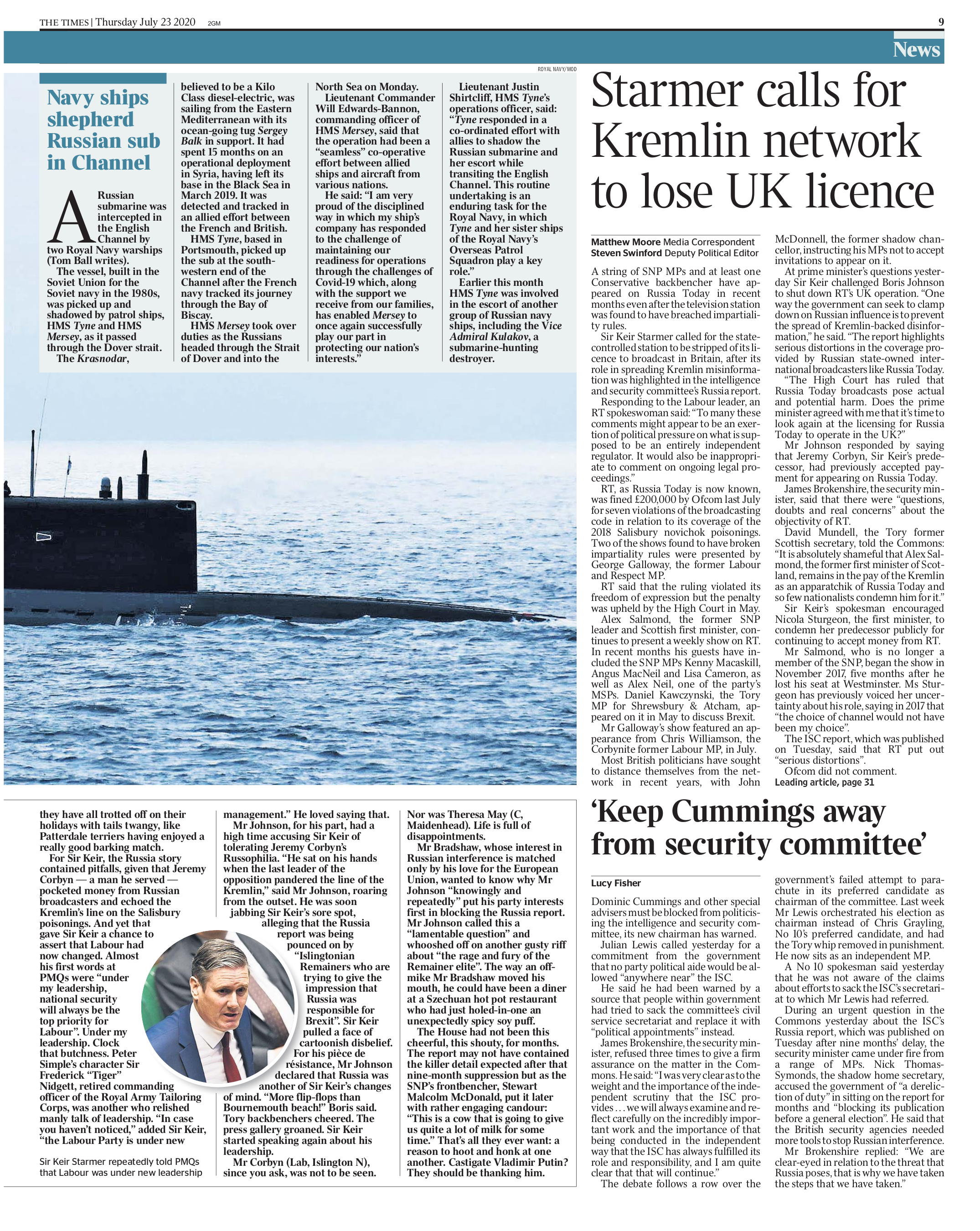 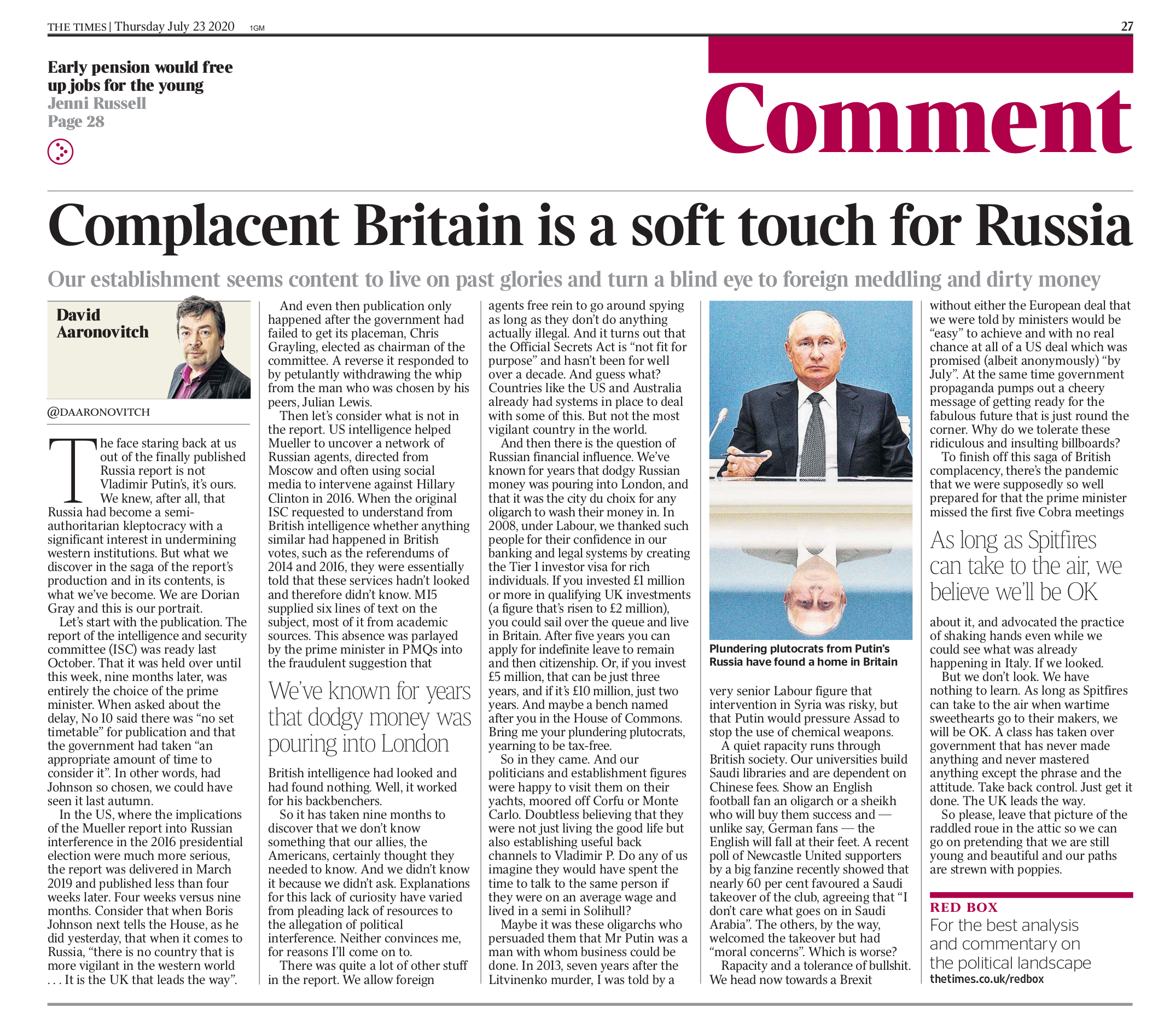 I have only skimmed through the articles very quickly, so I may have missed the actual explanation of what made the journalists so excited; but if it’s the Russian from the front page that aggravated them so, then, according to the Wikipedia, he even has a biography of a "good" Russian. Managed Yukos for a bit, after Khodorkovsky was arrested; then jumped the fence and ended up in Britain. Allegedly politically persecuted. Been living in the UK since 2004 or 2005; got British citizenship in 2011; is on record speaking against Putin, in support of Ukraine, against Brexit, and against the Scottish Independence referendum. All in all, almost a poster child of Russian liberalism. The end of the Wikipedia article does tarnish him a bit though.
Collapse