An article in the Guardian, disparaging Johnson and fanning up the resentment against Putin, quotes from an upcoming book Shadow State by Luke Harding with what feels like an overzealous eagerness to connect the dots to better serve the narrative. Here's an example:

Guardian: Alexander Yakovenko, Russia’s ambassador to Britain from 2011, returned home in 2019. Putin made him a member of the Order of Alexander Nevsky and president of his Diplomatic Academy. Yakovenko explained to his admiring colleagues that the state was rewarding him for smashing the Brits to the ground. “It will be a long time before they rise again.” Mission accomplished, he could enjoy the honours bestowed by a grateful dictator.

The source — unless I failed to find it via Google Books — makes no connection between Yakovenko's reception of the order of Alexander Nevsky (are Russian awards actually orders that you are becoming "a member of", like the British Order of the Garter?) and his subversive work in the UK. It certainly doesn't make Yakovenko "explain" his award, because there is no award in the text to explain. And finally, the source hedges its allegation with the word reportedly. There's no record of the phrase; only an unnamed "fellow diplomat" who presumably has spilled the beans either to the author of the book or to someone else. The Guardian's retelling removes this hedging and blows the single "fellow diplomat" up to several or more "admiring colleagues" thus making the claim sound more credible.

And this paragraph of the article:

For a while, the far left seemed the weapon it would use to weaken Britain. Jeremy Corbyn, that most useful of idiots, ducked blaming Russia for the Salisbury poisonings, the only chemical weapons attack Britain has suffered, which gives you a measure of Russian hostility. Putin welcomed Corbyn’s consigliere Seumas Milne to Black Sea resorts. But Russia soon recognised that the true danger to the west comes from the far right.

– is just bad. It builds a weird kind of a timeline, in which Russia first tries to use the left, and then switches to the right; but the examples that the author provides about the left are from 2018 (Corbyn) and 2016 (Milne), while the courting of the right must have happened before the Brexit referendum, i.e. before 2016.

And yet, Anne Applebaum, a historian, liked the article: 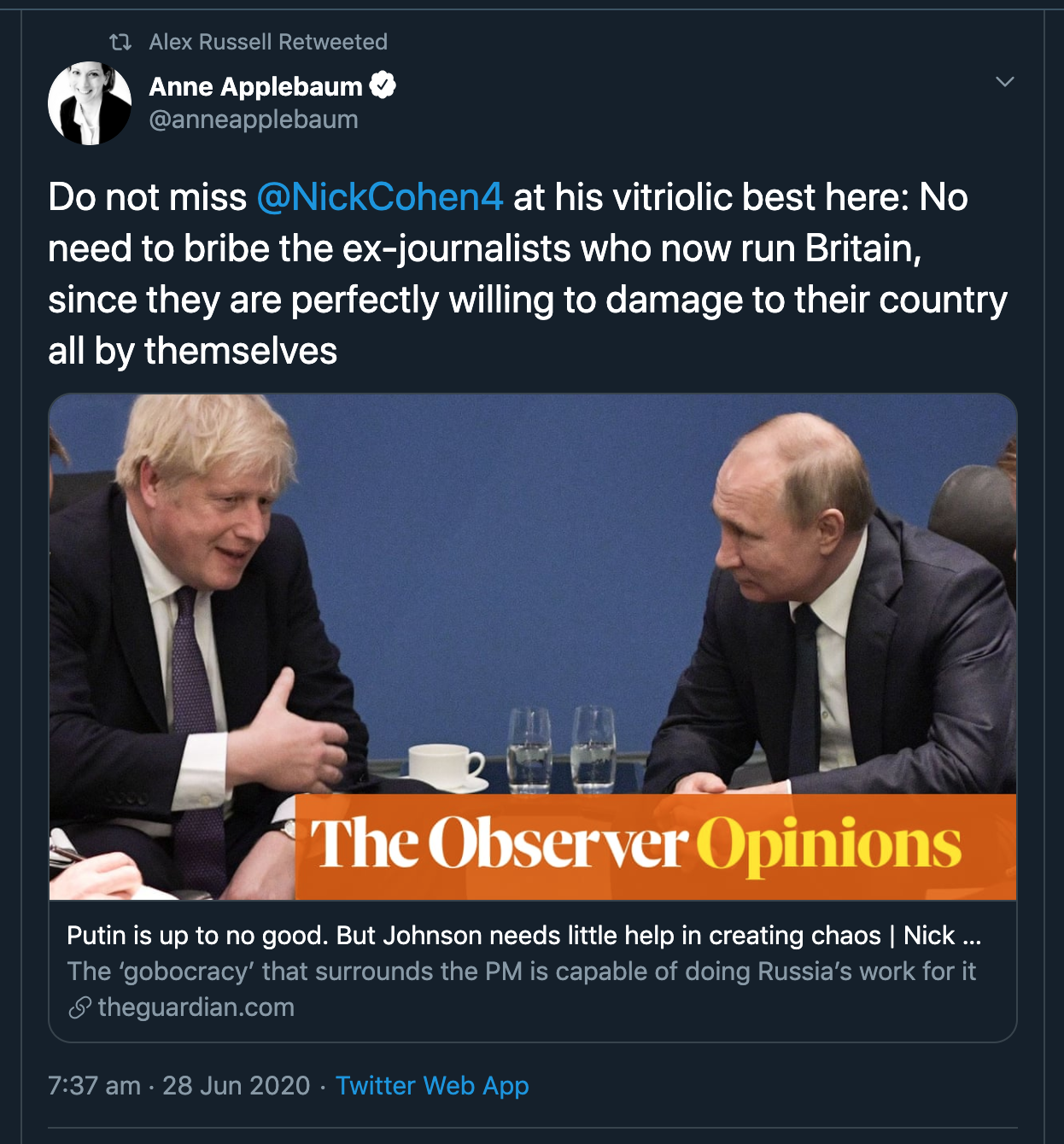 and a developer retweeted her approving tweet; and so I ended up, curious despite myself, skimming through the article and then wasting time on decompression by writing here.

Kent C. Dodds still hasn't updated his Gatsby service workers setup (or switched from Gatsby to something less bulky) and might not even have realised that it breaks his site: 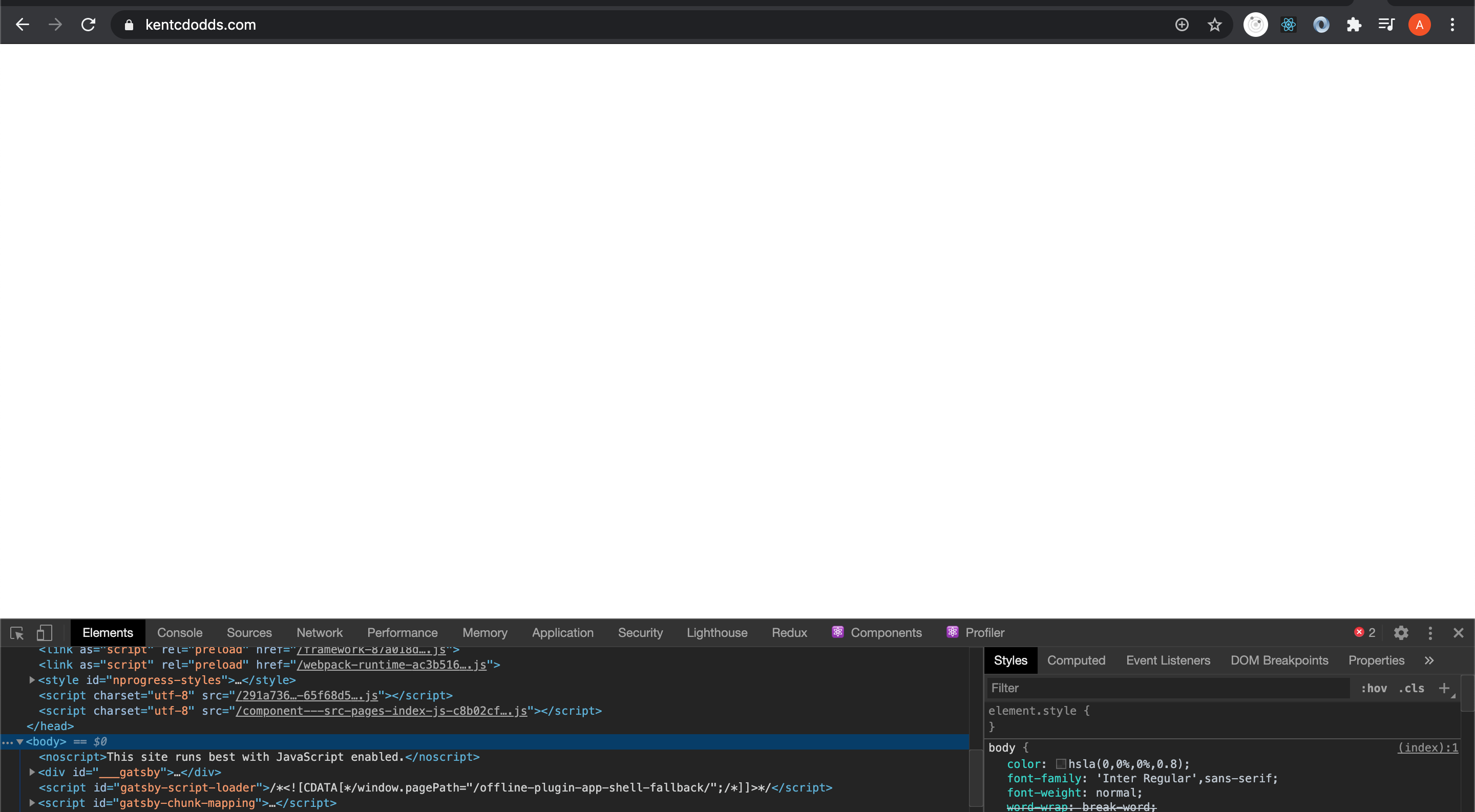 Missing assets with an obsolete manifest cached by service workers: