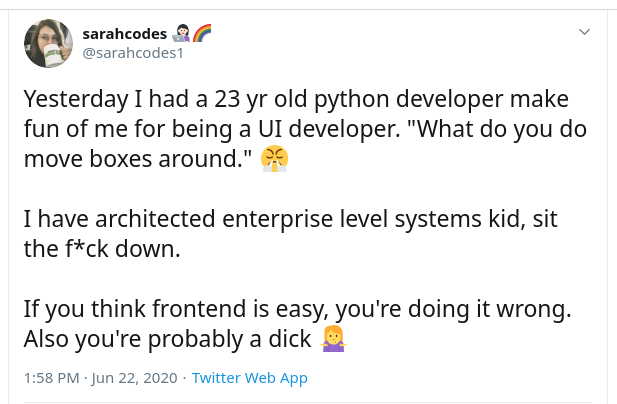 I bet there are lots of jobs about which outsiders think that they are easier than they really are. Or harder. It wouldn’t offend me in the slightest if someone told be that my job is moving boxes around. But someone’s taking offence at this, displaying the lack of good humor, does offend me.

I liked the tone of the conversation in this Spectator podcast (turned out, the guest was Coleman Hughes, who has been popping up in my youtube feed surprisingly frequently lately); and I also enjoyed listening to John McWhorter on Bret Weinstein’s podcast. Even given all Weinstein’s conversational shortcomings — the slowness, the excessive gravitas, the unfulfilled buildup to something never quite realized — I think he makes a more interesting conversational partner for McWhorter than Glenn Loury. I didn’t know that political correctness has caught up with the study of creole languages, where it’s apparently become taboo to regard creoles as more primitive languages compared to the ones they’ve originated from.