Here's a Twitter thread about how the OAN network (never heard) has reported on the incident when a policeman shoved an old man and he fell to the ground and hit his head against the pavement.

The whole thread is about how Trump is bad and the reporter's accent is Russian (which it is). I think they are offended by the suggestion that the man could have intentionally provoked the police or malingered his fall. And of course that Trump has referenced this report.

But this is the first report that drew my attention to the man's behavior when he approaches the police: he made scanning gestures with his phone — presumably to scan their badge numbers (doesn't look like just random gesticulation). No-one in the thread is disputing that (except for one person who says the video is doctored, but I checked with the footage on the CNN, and it's showing the same phone gestures). Is this an acceptable thing to do?

"Please do not buy our tea again." Oh dear. 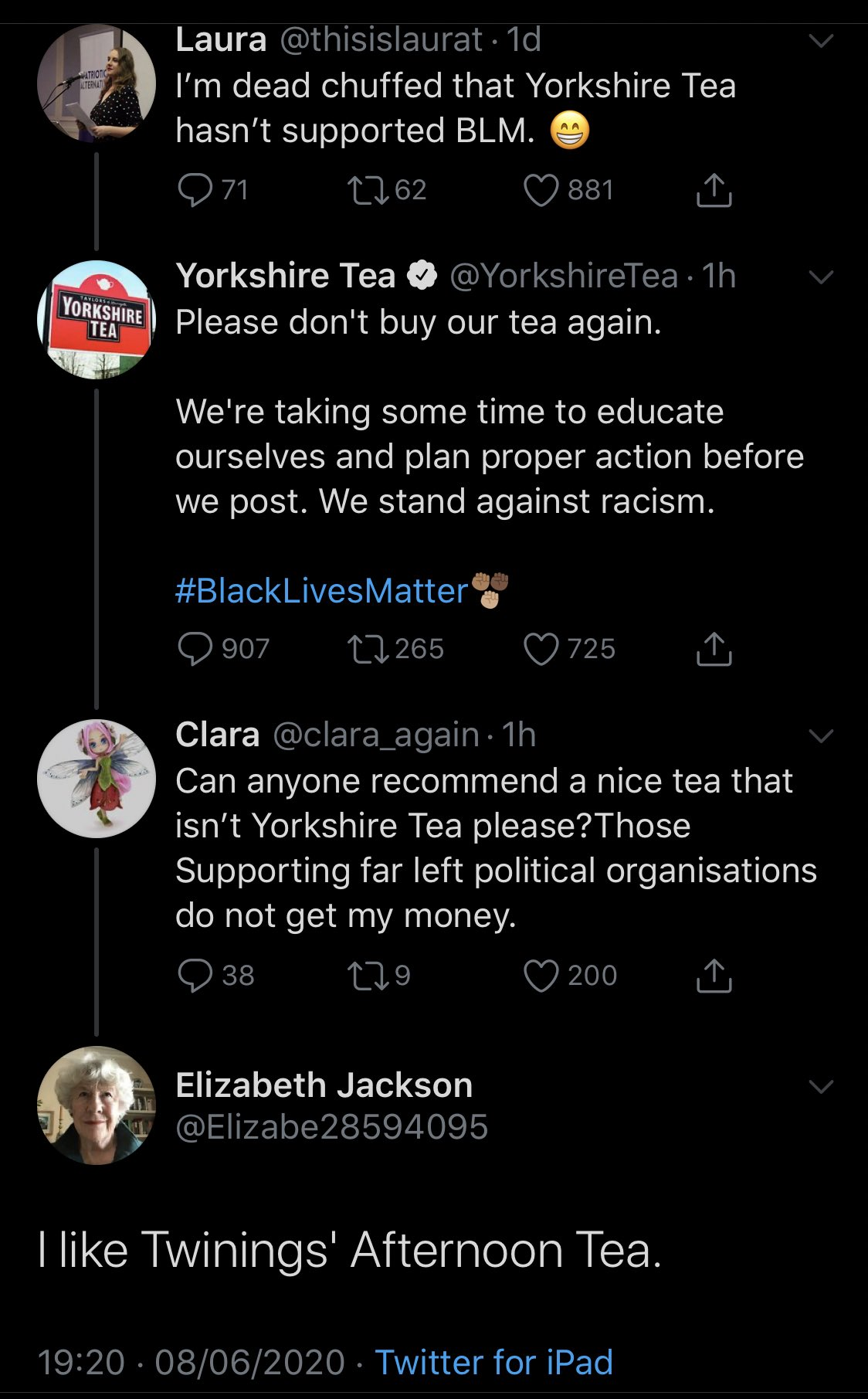