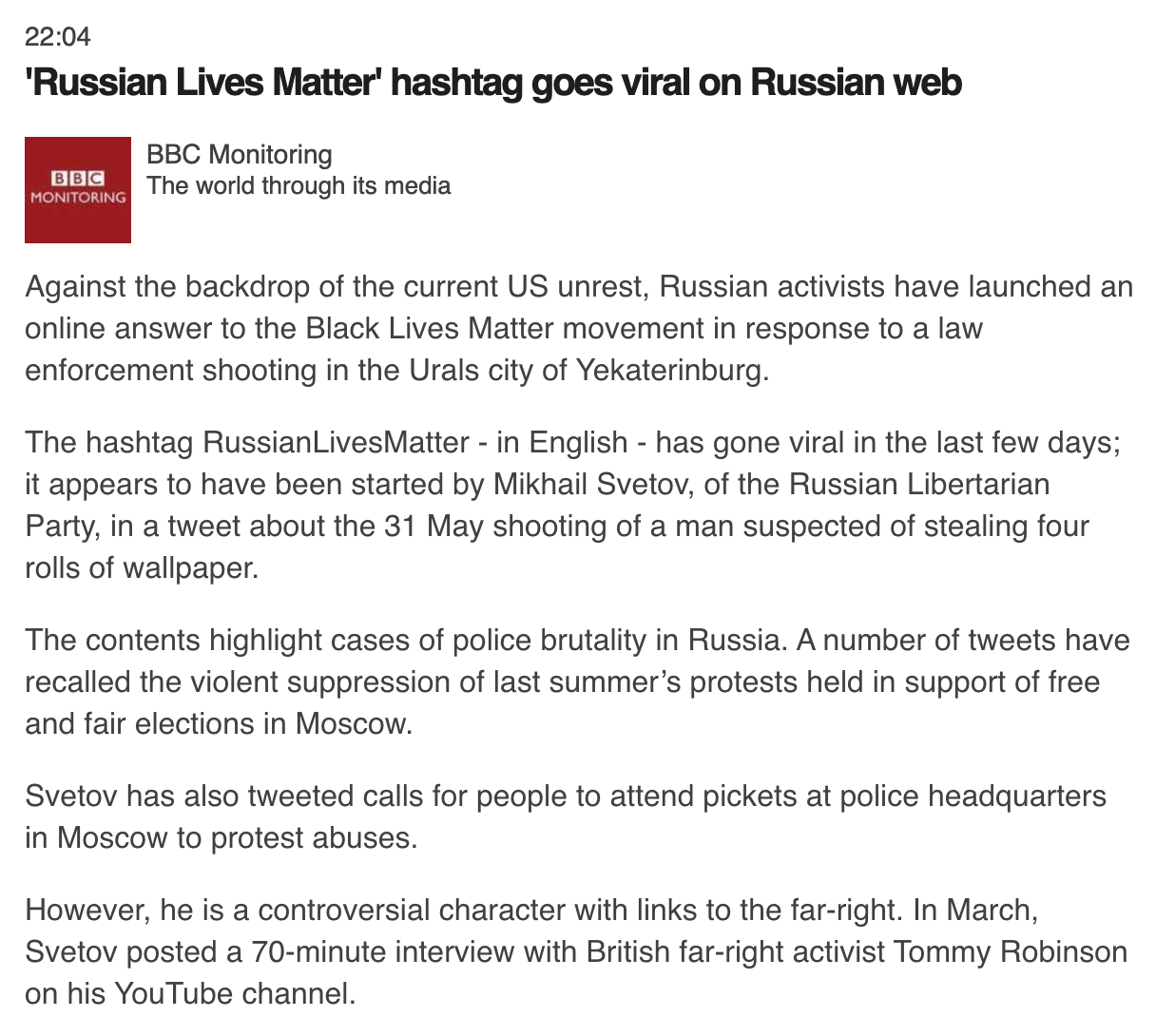 However, he is a controversial character with links to the far-right. In March, Svetov posted a 70-minute interview with British far-right activist Tommy Robinson on his YouTube channel.

This is such a dirty character assassination trick there. I've looked up the interview, and watched it a little bit — in it Svetov has a friendly chat with Tommy Robinson, listening to his opinions, offering his own, disabusing him of his misconceptions about Russia's role in the Ukraine conflict or about Putin, asking him direct questions. It's what a normal conversation between two people from different cultures interested in each other's opinions sounds like. A bit like Joe Rogan, maybe. To say that this interview makes Svetov a "controversial character" is absurd. Is Robinson not deserving of human conversation?

Benjamin Boyce was a student at Evergreen when the Evergreen riots happened in 2017. He has since been documenting the history of that riot; and is now comparing the current protests in the US to the events at Evergreen. The video below contains a recent speech by the mayor of Olympia at one of the protests that demonstrates how the same equity rhetoric has by now expanded into the municipal administration:

Really?! Where are these companies for whom a tweet in support of BLM is a red flag? From the few tweets I’ve seen over the last few days, techies are ecstatically, and almost uniformly all in. I am really curious now what companies are there left where the dominant culture is different. Where are these "racist asswipes" in the wild? I'd love to take a look before they all finally go extinct. 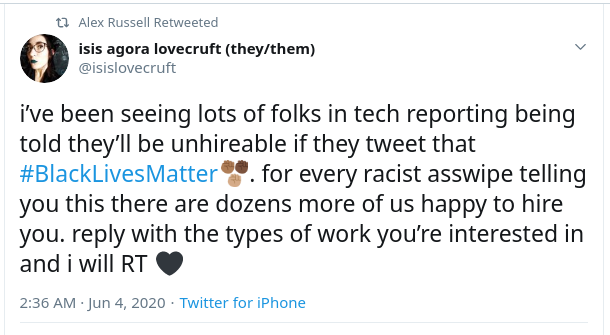 Dan was born in Russia and had a lucky escape four years ago. He’s been working for Facebook in their London office, in a group of smart people, on a fantastic project. But then white guy’s guilt complex got to him:

Not to such an extent as to make him completely forget which side his bread is buttered, but enough to make him restless and to start putting his feelers out: 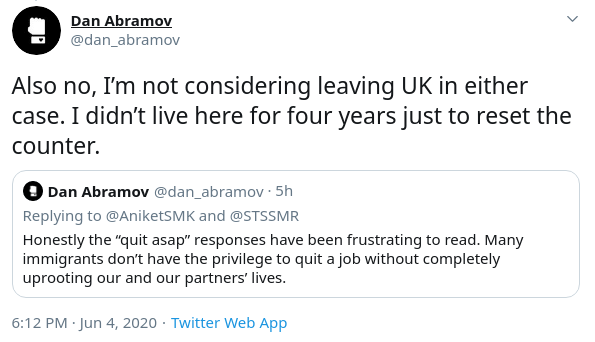 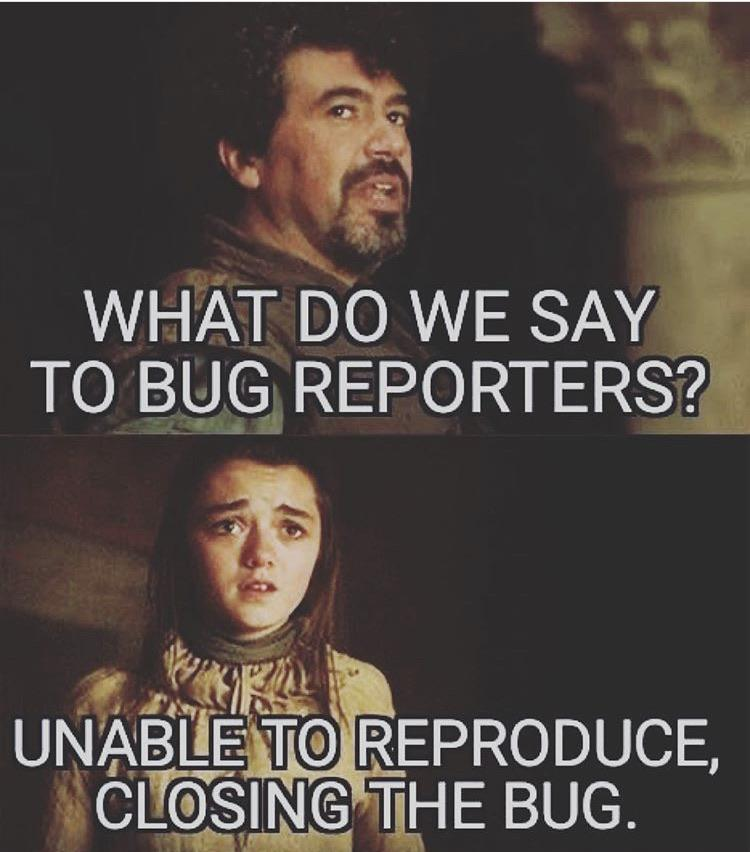