Not only because, with their Dark Horse podcast, they have stepped on the path that makes them more and more attention-seeking.

Not only because Bret has revealed a trait that reminds me of the Russian word вязкий — a slow, deliberate way of speaking, with a certain gravitas, as if on the verge of saying something profound, but never actually saying it; and the continuous frustration of the expectation of any such profundity makes listening to him rather tedious.

But also by how they are working the hypothesis that the origin of the new coronavirus is a microbiological lab in Wuhan.

As far as I could tell, they have two arguments in favor of this hypothesis.
One is that there are (two?) research labs in Wuhan that study coronaviruses, including the ones that infect bats. One piece of evidence supporting that was, reportedly, an advertisement of a job opening for a virologist with experience in coronaviruses.
The other is that bats are rare in that area.

Based on these two pieces of evidence, Bret has drawn a diagram assigning probabilities — no more than his gut feelings really — to different scenarios: 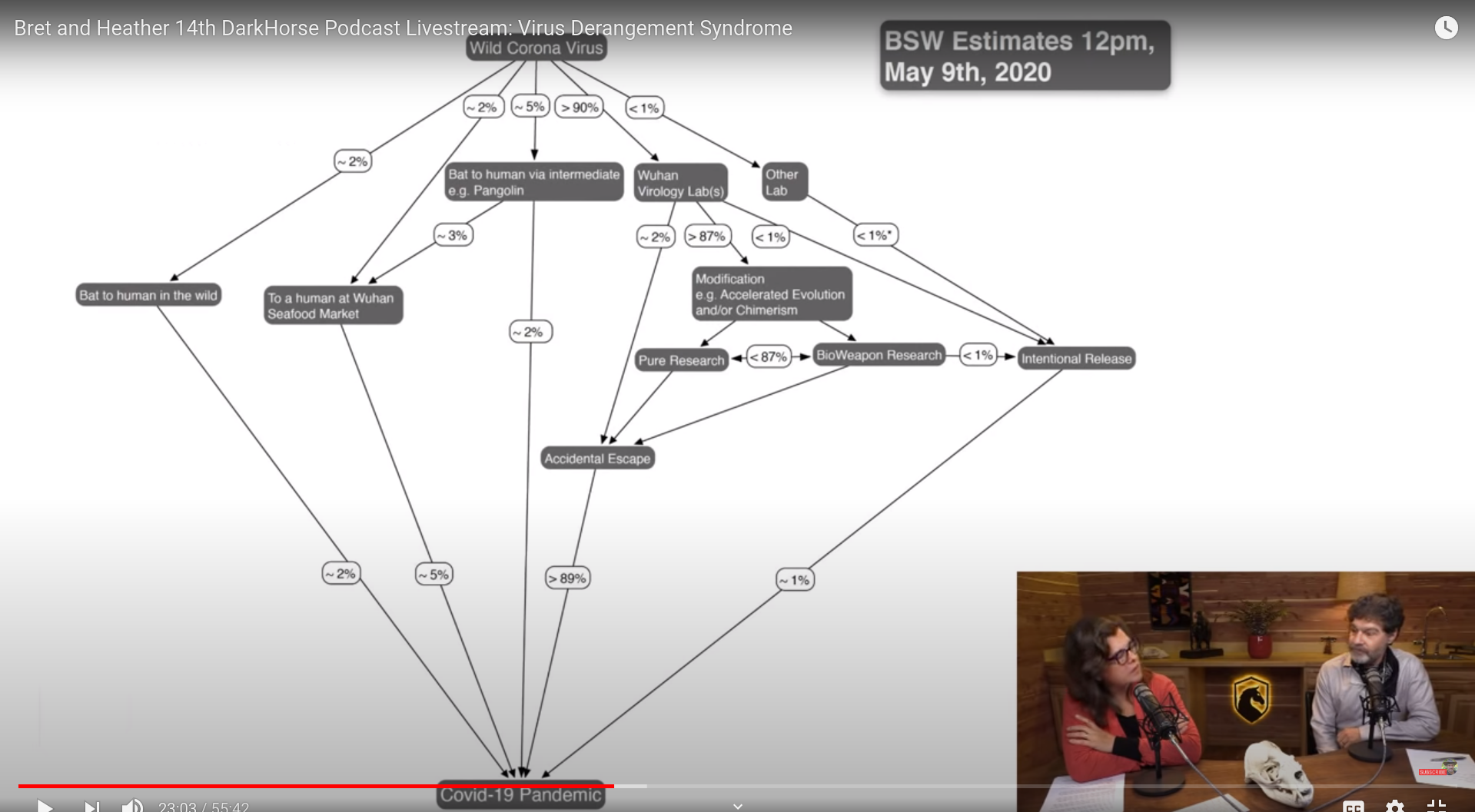 while Heather says (at 33:40), critiquing an article in the Science journal, that "there’s a lot of evidence that's been produced across a lot of domains" in support of the claim that the virus has been manipulated:

Be it as it may, why not discuss the actual evidence that's "been produced across a lot of domains"? Better yet, since both of them made biological claims about the virus in the past (sometimes plain wrong), why not, as biologists, talk about whether the laboratory origin of the virus can be in any way verified using biological methods rather than geographical guesswork (supposing that China is not a trustworthy source of data about the early epidemiology of the disease), because if such verification is impossible then what's even the point of floating the theories about the possible origin of the virus.

This video is travelling the Internet gaining virality. Probably deservedly.

Despite his fluency in English, however, in later life Berlin's Oxford English accent would sound increasingly Russian in its vowel sounds.

(From the Wikipedia article about Isaiah Berlin)

Morten Morland’s cover of the upcoming Spectator. There, in the back, on the red line shooting upwards, is Putin: 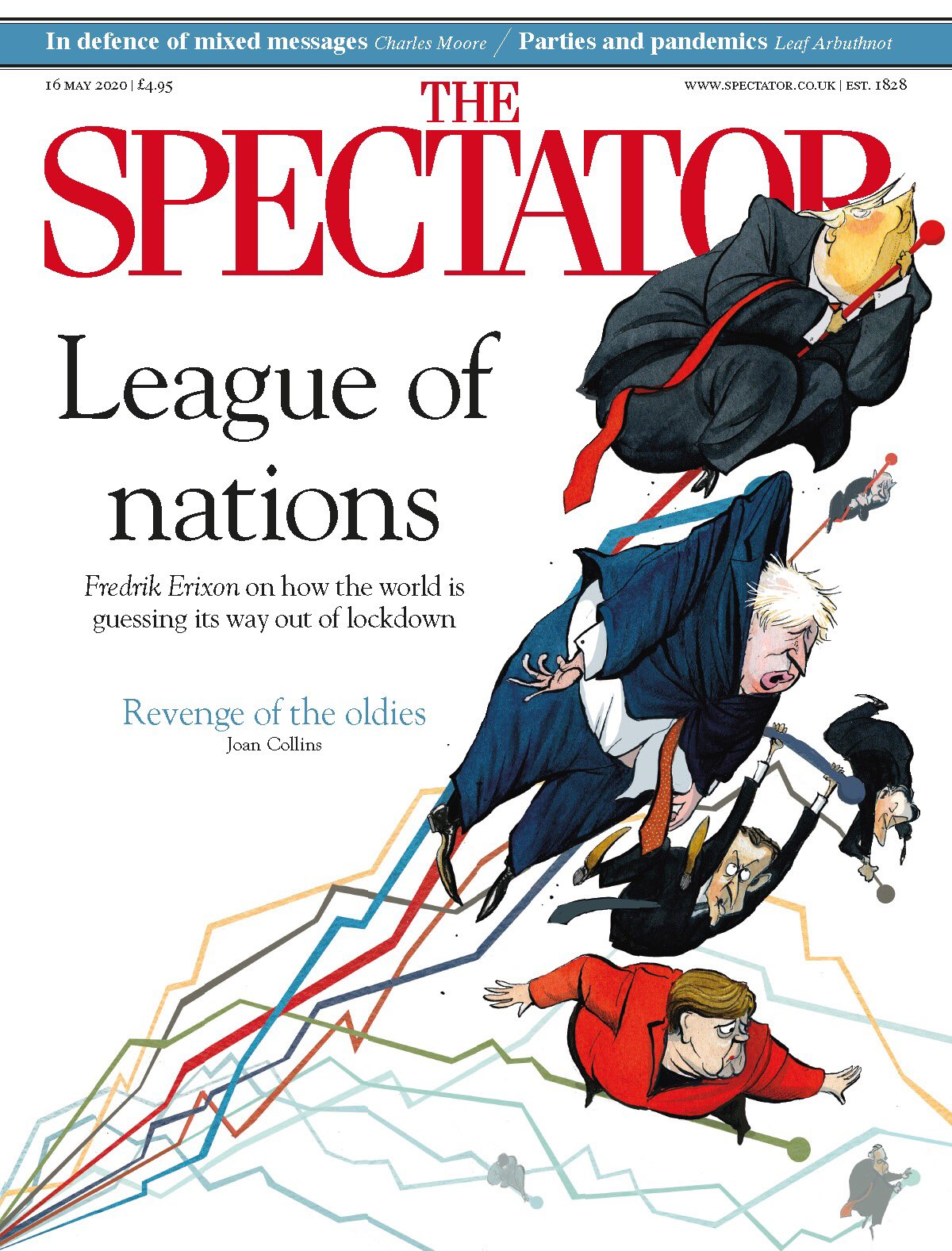 And this (by Peter Brookes) must be a clever reference to the Bayeux Tapestry. Imagine the ... what did we call it before the word memes? ... the shared and frequently recycled cultural imagery? 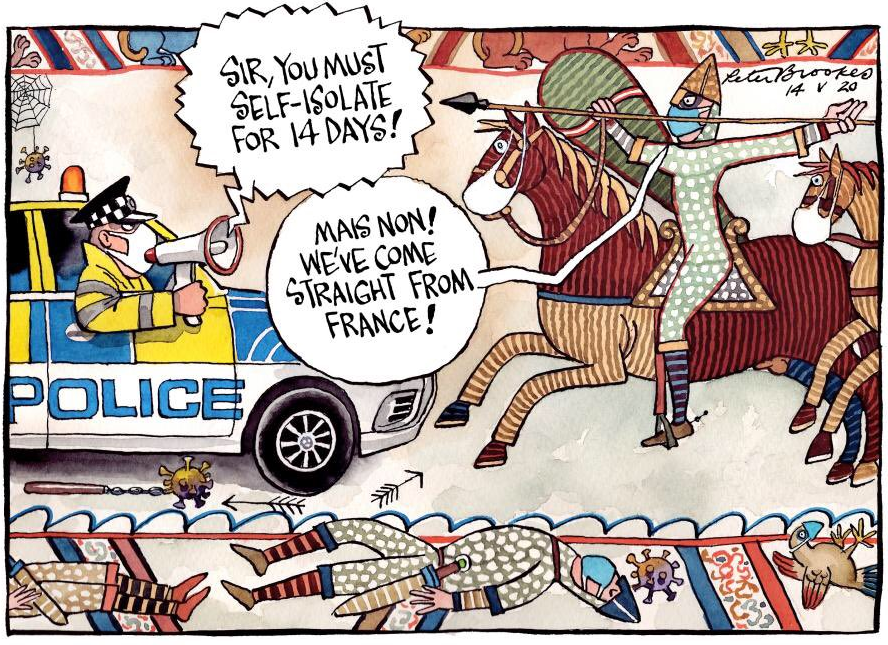