This is a developer (brilliant and all, rxjs core team, ex-googler, love his tech talks), who normally professes progressive, as they call it, values.

Do I get it right that he also celebrates the absence of income tax in a Republican state, where he now lives? 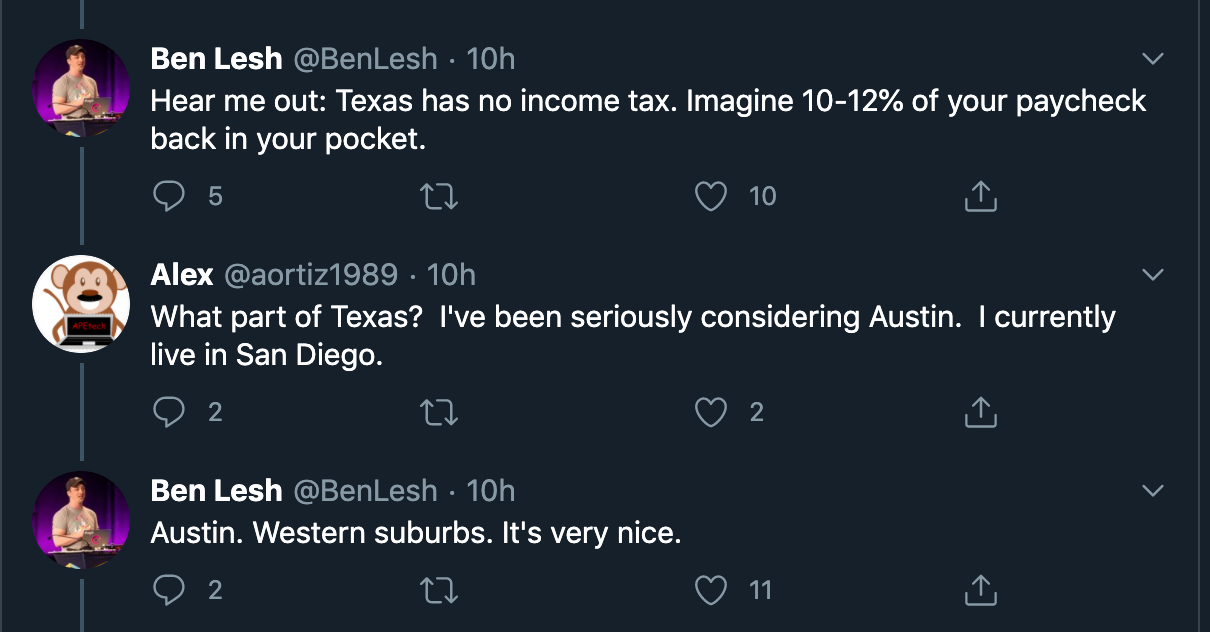 Saw this on Colbert, and then found the actual footage on C-SPAN. Governor Cuomo taking the moral high ground (starting at 16:40).

The real question, says the governor, is how much is a human life worth. We are not having this conversation, he says, but we should. To me, he says, human life is priceless. 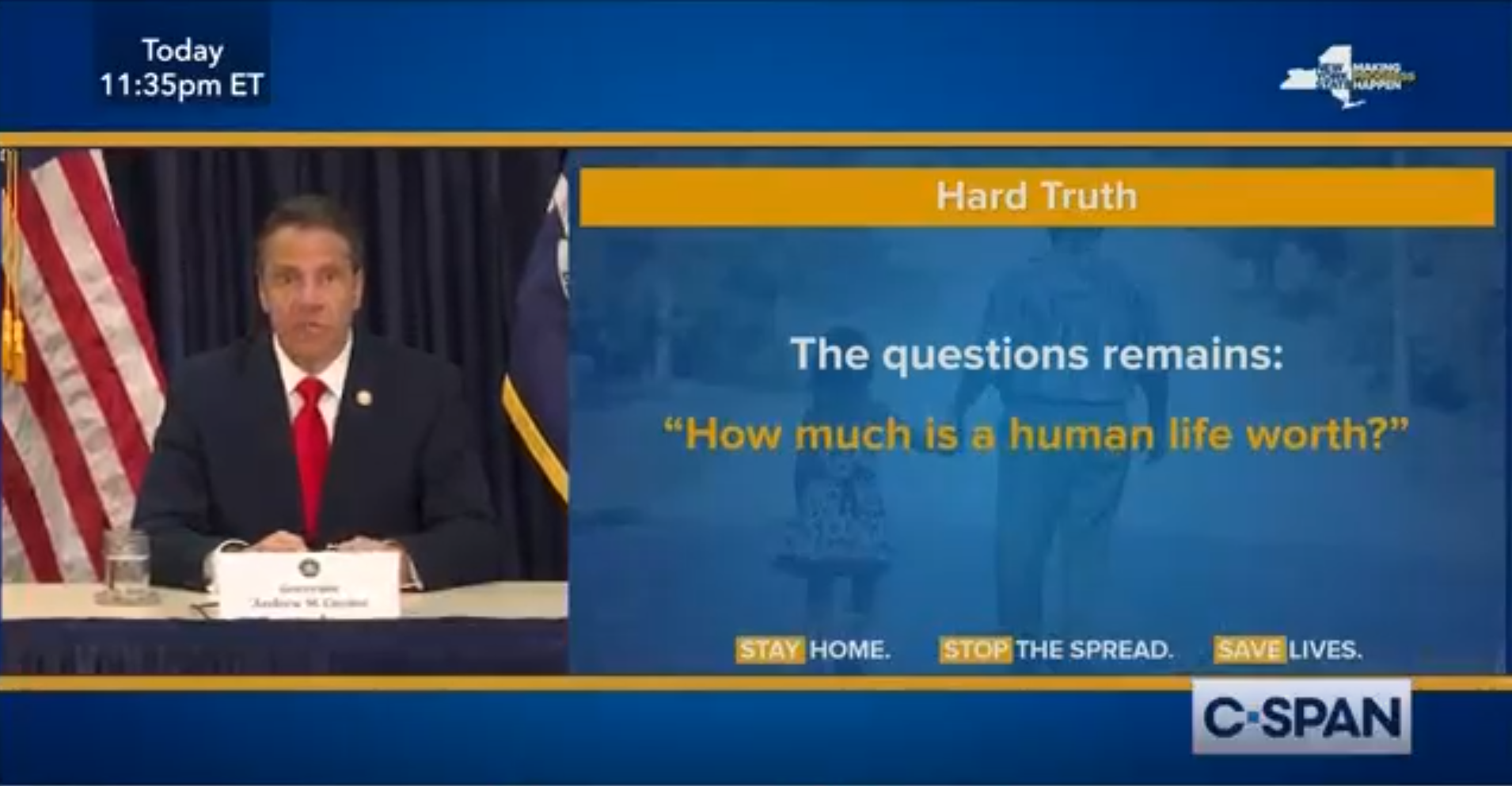 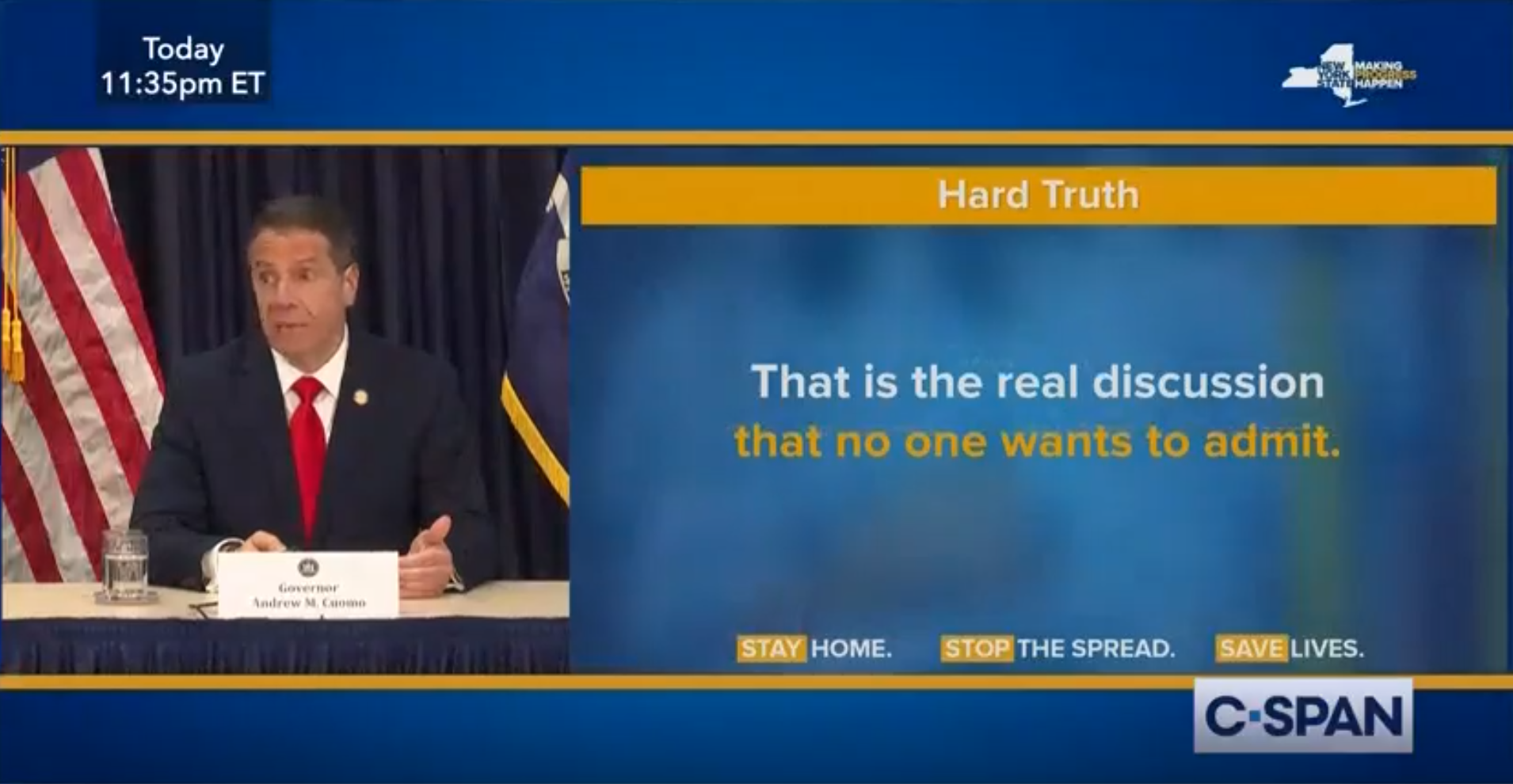 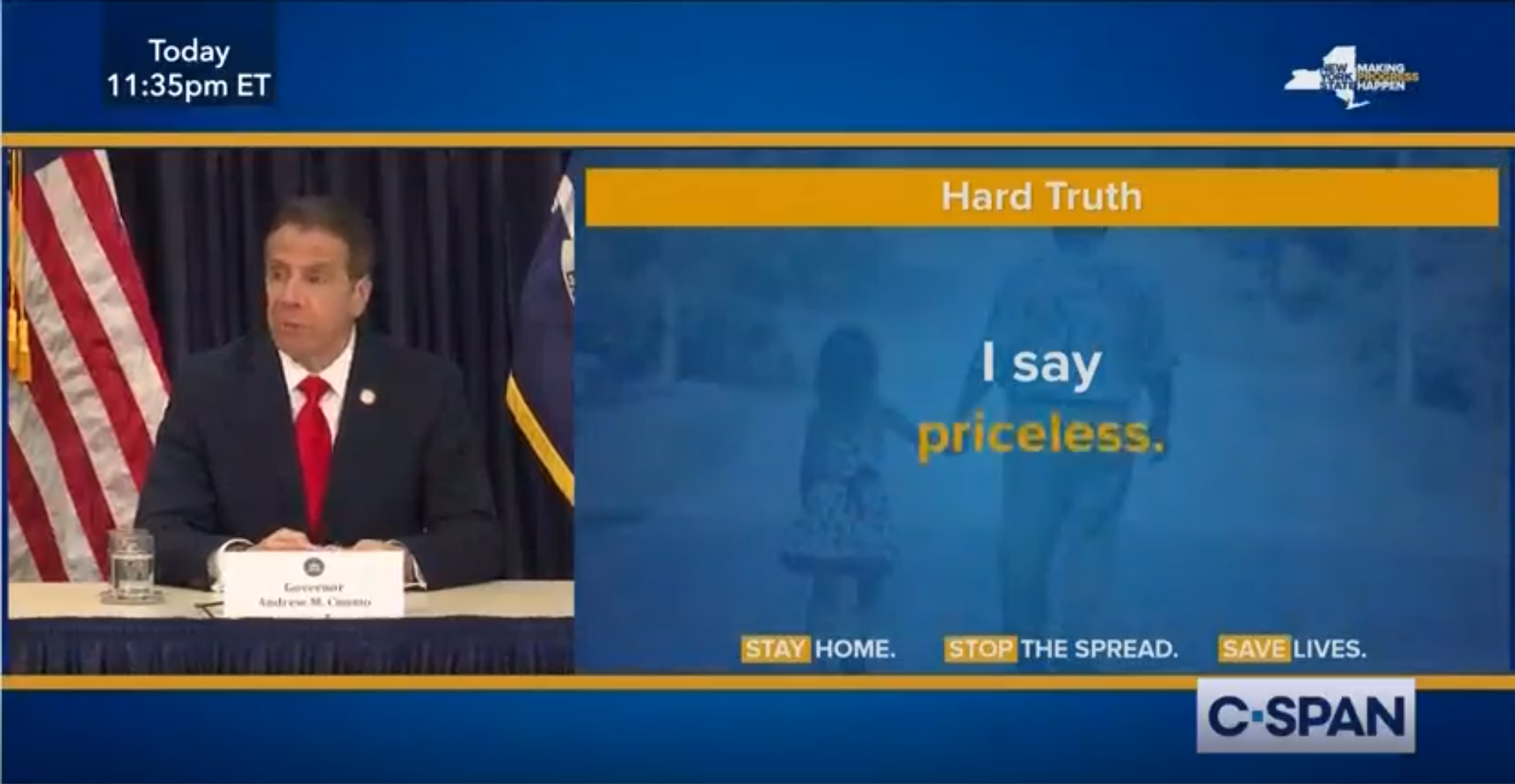 This is such a cheap and shitty point though, because it is completely unactionable. "Priceless" is infinity. Does one priceless equal another priceless? Is one priceless less that two priceless? Is five priceless an acceptable margin of error in a collection of one hundred priceless, or of one thousand? Economists do not think in priceless. Science does not deal with priceless. What do you do with this slogan, other than earn cheap political points?

Stupid journalists! Thrombolytics and anticoagulants are two distinct groups of drugs, with two different purposes. The stylistic monstrosities that you produce because of your perverse efforts to avoid repetitions are bad enough, but here it is just factually plain wrong.