From an interview with Lionel Shriver, at about 36 mins:

Host: ...It may be the reason why the British drama ... has lost its place among the greatest, because it’s always correcting history, and it’s always sort of saying that this is the bad guy, and this is the good guy.

Shriver: Oh, it’s the very definition of propaganda — and who wants to watch that? It’s tedious. So that's the thing; one of my biggest concerns is not just as an artist I feel a little hemmed in — hah, a lot hemmed in — but I don’t want to consume most of this drag. And one of the horrible things that seems to have happened in the arts isn’t just the narrowness of the viewpoint, but this notion seems to have taken hold that the purpose of art is to morally instruct. And, I am sorry, but when I watch a television drama, open a novel, I don't want to be told ... I don’t want a Sunday school lesson. I want to be entertained, I want something to happen that’s unexpected, I want to see some daring, I want to see people do things that I wouldn't have thought of myself. I want something that redeems the time I give it; and this whole idea that what motivates people to go to the arts and why we have the arts is just to promote virtue is perverse, and also produces — big surprise — bad art. 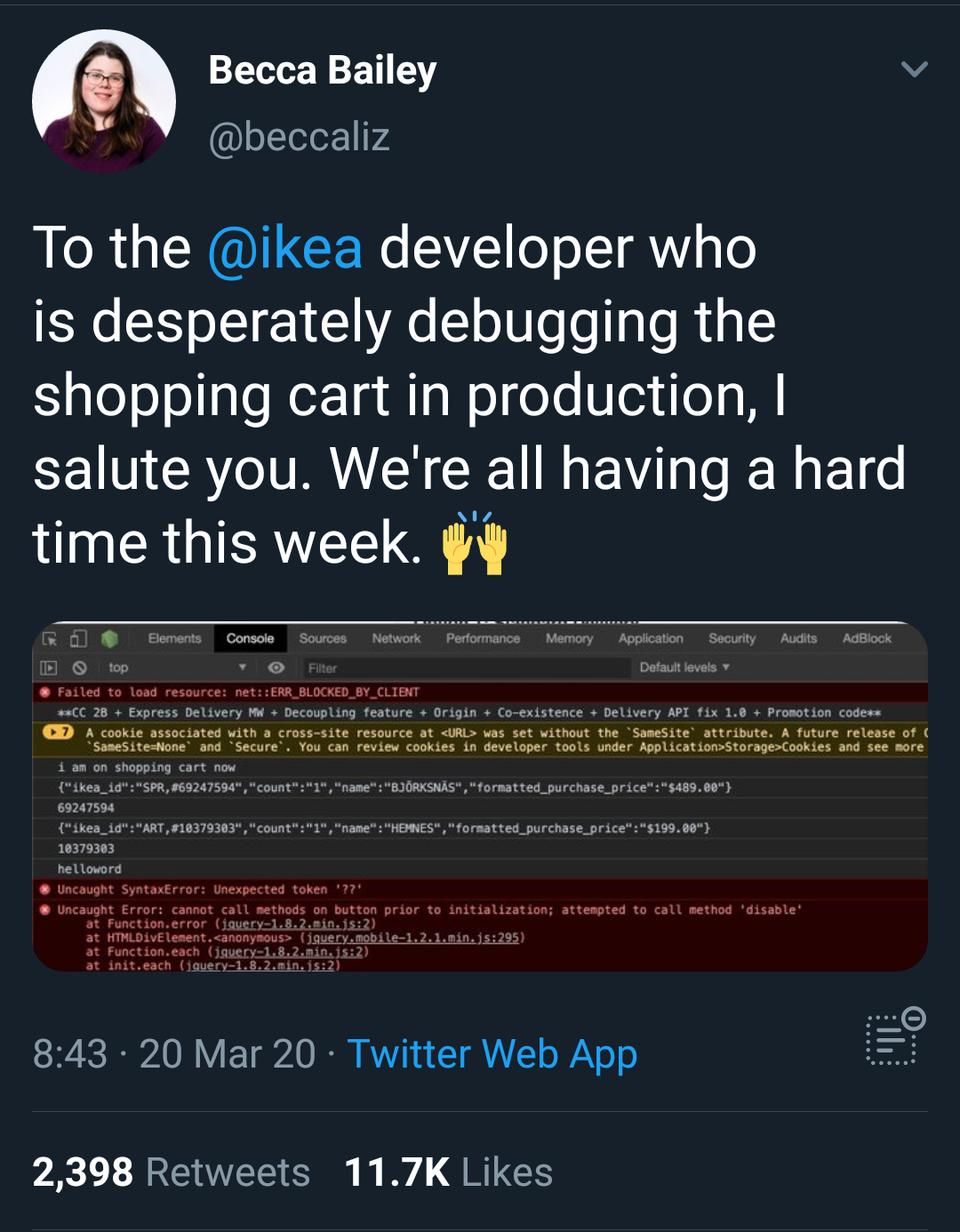 A letter to The Times: 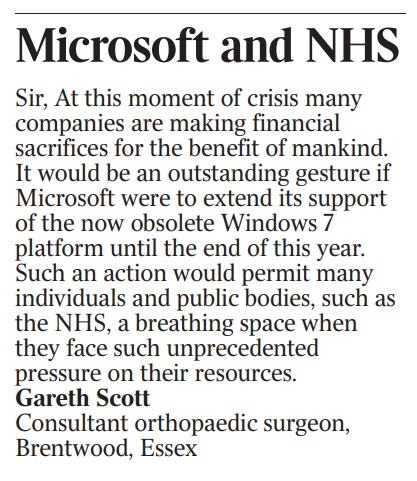 Just let it bloody die already! It, and IE11 which is its default Internet browser. And what’s that about the unprecedented pressure on resources, anyway? The pressure is on doctors and nurses, while updating Windows is the responsibility of the IT staff. Whose daily routine shouldn't be particularly affected by the virus, should it?
Collapse