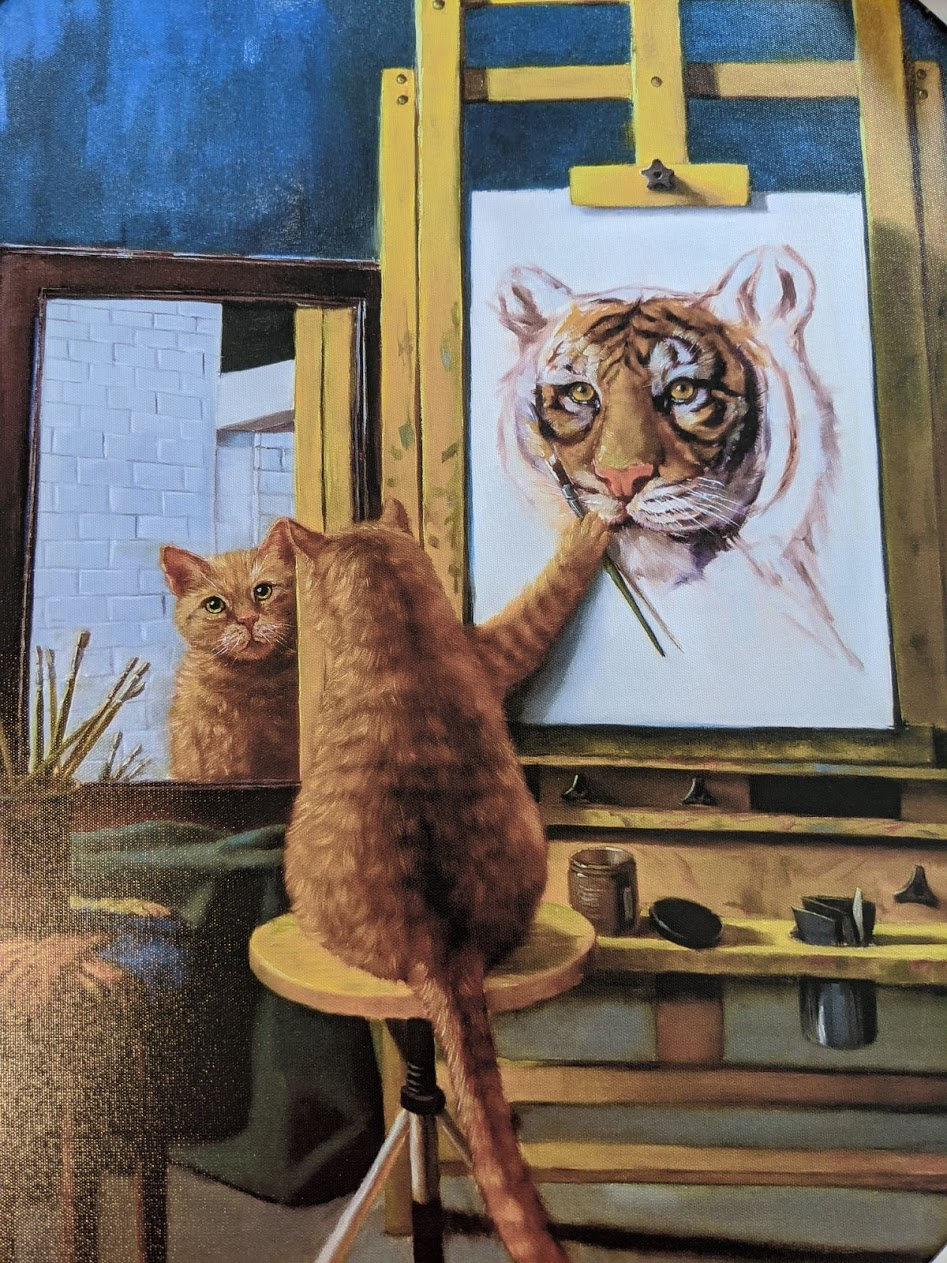 Another demo of how Twitter promotes tribalism and kills both levity and nuanced conversation. "Unfollow this clown and stop buying Teslas". God! 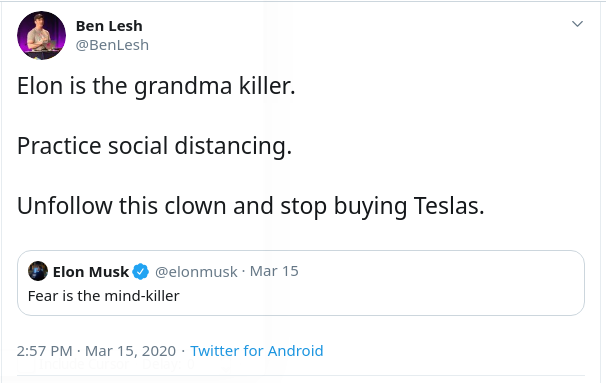 A tale of a former Angular contributor about his disenchantment with the team, for which he blames the leadership, and one person in particular. The result of a minor discharge on Twitter.

The Russian government, says a headline, has launched the site стопкоронавирус.рф

The site is built on Tilda. It has an artistic sprinkling of illustrations — mildly cute, but emotionally blank and informatively pointless. Some illustrations in fact actively interfere with the text: 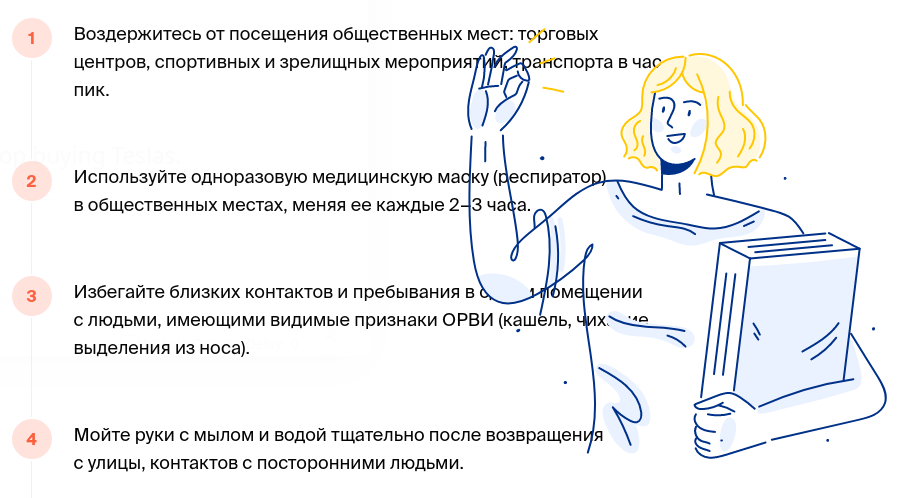 And the site does not adapt to mobile screens: 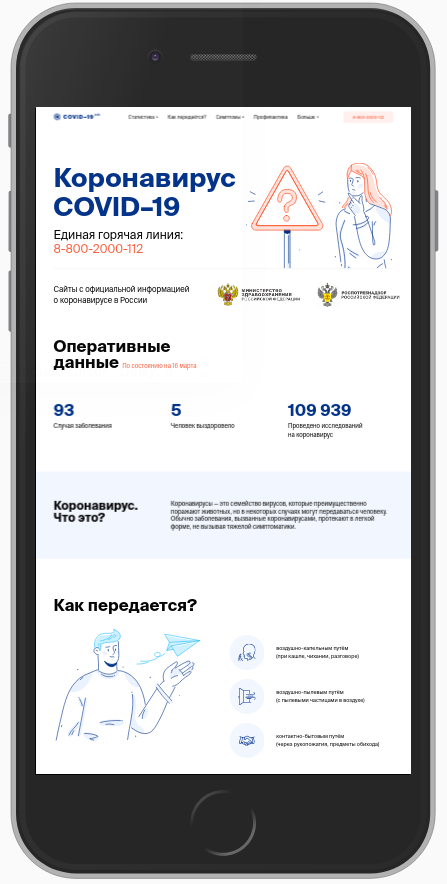 But hey, it’s the thought that counts, right? At least they had a designer.

At 13:20 she makes an assault on the word again (apparently prompted by the preamble of a triple repeat of the word "testing", as in the first attempt), but quickly cuts herself short and says, "I don’t want to use this word, because not everybody knows what it means". So graceless.

Epidemiological terminology sure is confusing.

The author of an interactive visualization of dynamics of an infectious disease (inspired by the WaPo article) writes:

You may have heard about "case fatality rate" in the context of COVID-19. This is not the same as mortality rate. "Case fatality rate" is defined as the number of recorded deaths divided by the number of confirmed cases, when both measures are taken at the same point in time. Whereas "mortality rate" is defined as the likelihood of eventually dying from a disease once you contract it. CFR is an important number for understanding a disease as we're learning about it. But the ultimate number we care about is the morality rate...

He references Encyclopaedia Britannica for the definition of case fatality rate, and a Lancet article when he talks about mortality rate.

The article in the Britannica, admittedly, deviates from the common definition of case fatality rate by introducing the time into the definition, but does not support his definition of mortality rate. It says:

A CDC book on epidemiology does not support his definition of mortality rate either, and does not include time in its definition of case fatality rate. Rather, when referring to a death rate over a specified time, is uses the term death-to-case ratio, which reappears in other epidemiological textbooks as well.

And yet, incredibly, in the Lancet article he references, they use the term mortality rate in the sense of case fatality rate (number of deaths over the number of incident cases). No peer review for correspondence in the Lancet, I heard.
Collapse