I am sure this is not a fake screenshot — Google shows several others, made on different screens and showing the same text. But of course it is already gone from DW’s feed: 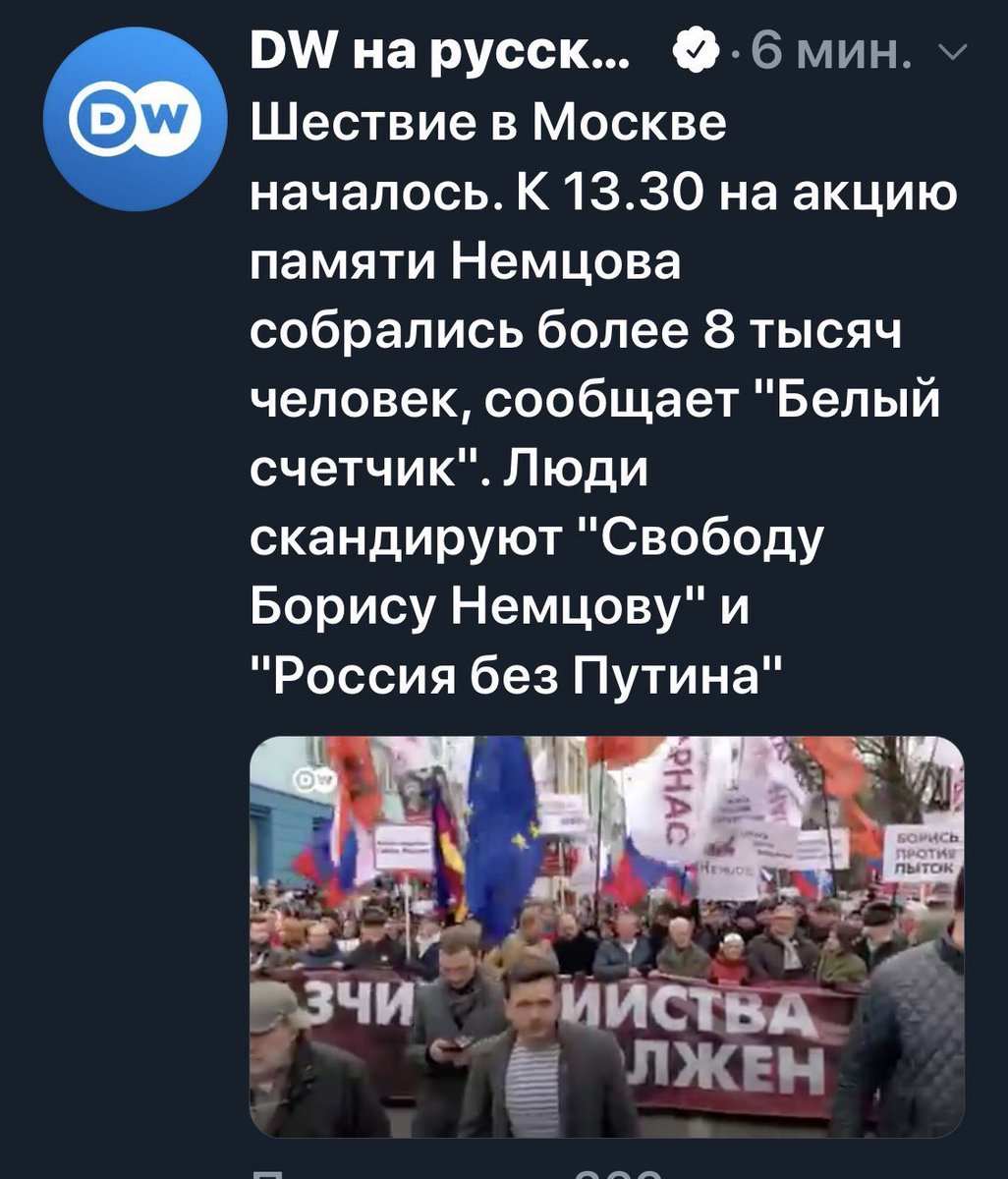 1) The Times runs a grotesque story. In it, X, black, rents a house from Y, white; then, after moving to Y’s house, switches on Y’s Apple TV, looks at Y family’s Netflix accounts, and discovers that one of Y’s children used for the name of his account the word that society allows X, but not Y or Y's family, to use; and goes into a full victim mode.

There are several complications to the story, one of which being that Y’s misguided child allegedly likes black music, so could have identified with the word. But even leaving this aside, this is one of those stories that poses a question of whether the private person is allowed to be whoever the fuck he wants — a racist, a sexist, a nazi, a satan worshiper, whatever — in the privacy of his house. That use of the word was likely not even intended as an offense, let alone offense specifically against X; how can it have any legal consequences?

2) Also the Times, opining on The Shield and The Sword. I haven’t seen the film, nor read the book; but readily believe what the author says of it in column 4 ("truly bad television, raw Soviet propaganda, alternately clunky and schmaltzy"):

3) The Economist, exploring the cases of firing of employees over their social media activity. James Damore’s memo is given a far too careless summary, which likely misrepresents his position (was he arguing that women are "biologically less suited to tech jobs"? wasn’t he arguing that the gender imbalance may reflect that they aren’t as drawn to this profession? or is it one and the same?).

The article also discusses the five criteria of a protected belief. A protected belief should be "worthy of respect in a democratic society and compatible with human dignity and rights of others". White supremacy, they say, fails this test. But traditional religions somehow don’t — despite some of them having the concept of sin (what does human dignity say about that?) or dividing people into those who will be saved vs those who will be punished (how does that fit with human dignity and the rights of others?), or having particular obsessions with sex that some find offensive (worthy of respect in a democratic society?). To me, this stinks of inconsistency and hypocrisy. 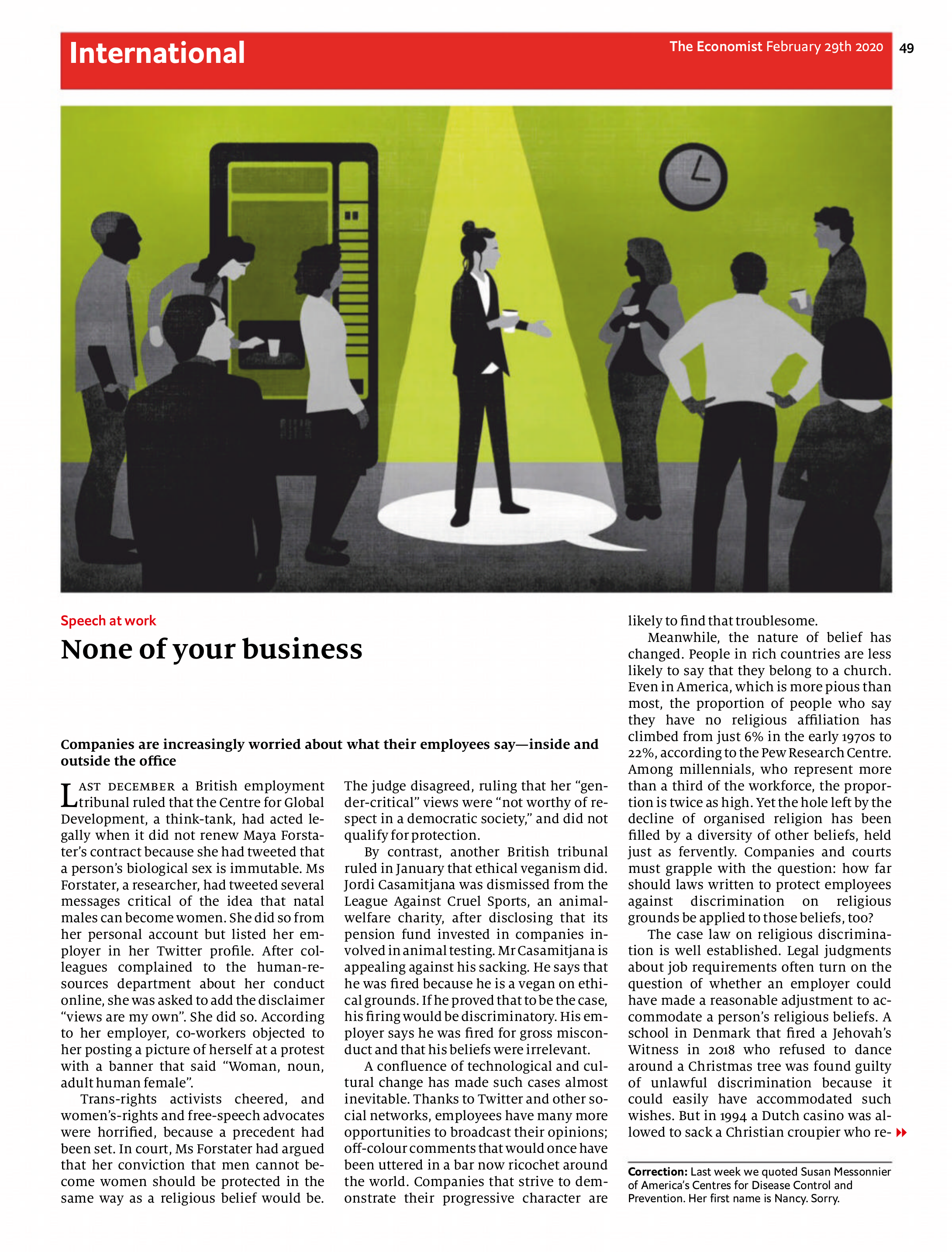