I am generally allergic to her incessant messaging on social justice, but I liked this satire, because it acknowledges how shallow the fashionable discourse often is, and how when it clashes with unadulterated self-interest, self-interest usually wins: 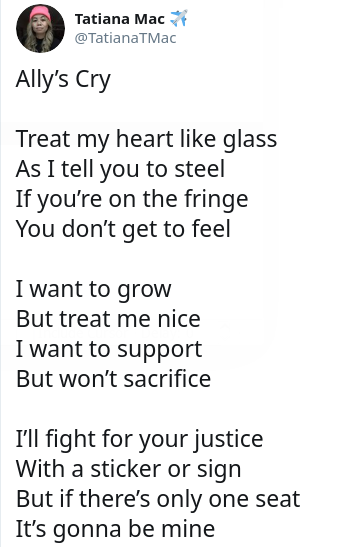 I remembered those lines when I saw this photo: 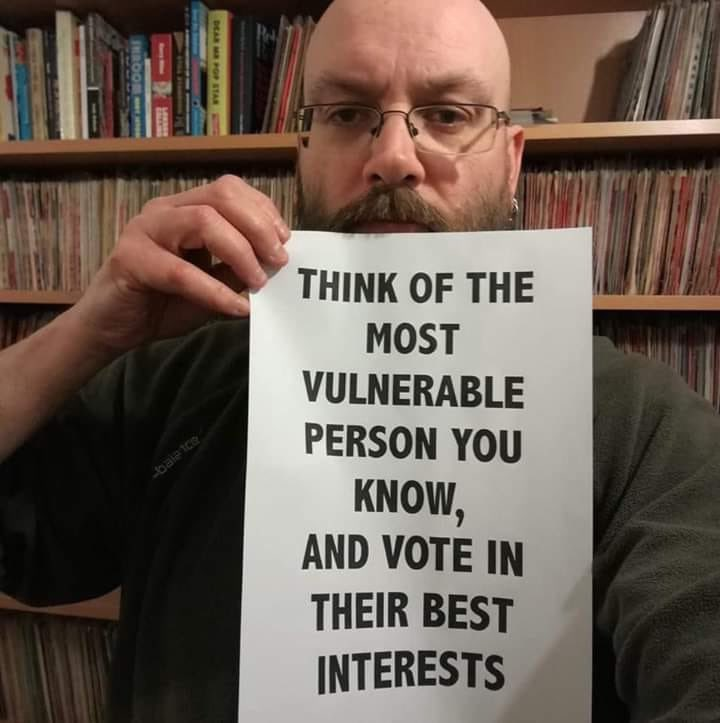 I don’t know. I think expecting people to vote in the best interest of someone else (e.g. the most vulnerable), and not in their own best interest, especially if these happen to be at cross-purposes, is borderline delusional. And it surprises me how seldom I hear variations of the message "know what’s good for you".

This is an interesting conversation between the Weinstein brothers, where Bret eventually tells the story of how he got slighted by a biologist, a future Nobel prize winner, to whom, if true, he gave some valuable pointers, but never received acknowledgement and eventually ended up on her black list.

The beginning of the conversation is awkward. Eric interjects, a lot. At some points, he stops Bret from expanding on the biological points he is making, and steers the conversation from to a more human side of the story. He tends to oversell his brother, a lot; which is even more awkward given that Eric is not a biologist and probably doesn’t fully appreciate the impact of someone’s research; but he is happy to engage in name-dropping. Yet, when he finally gets off Bret’s back, the story that unfolds is worth a listen.

On a personal note, I agree with Eric’s assessment that people likely wouldn’t take a professor from Evergeen to be an important scientific thinker — I know that I certainly didn’t. However, in the debate/conversation between Bret and Richard Dawkins, Bret wasn’t making much sense to me. I remember thinking of him as of a misguided weirdo who tries to extend concepts of evolutionary biology to social sciences, where they don’t belong.
Collapse