The upcoming rxjs conference has this talk in their schedule:

Which wouldn’t have been surprising if not for the fact that this lady has already given a talk with the same title at the previous selfsame rxjs conference (it's even recorded on youtube; but there is also a congratulatory tweet): 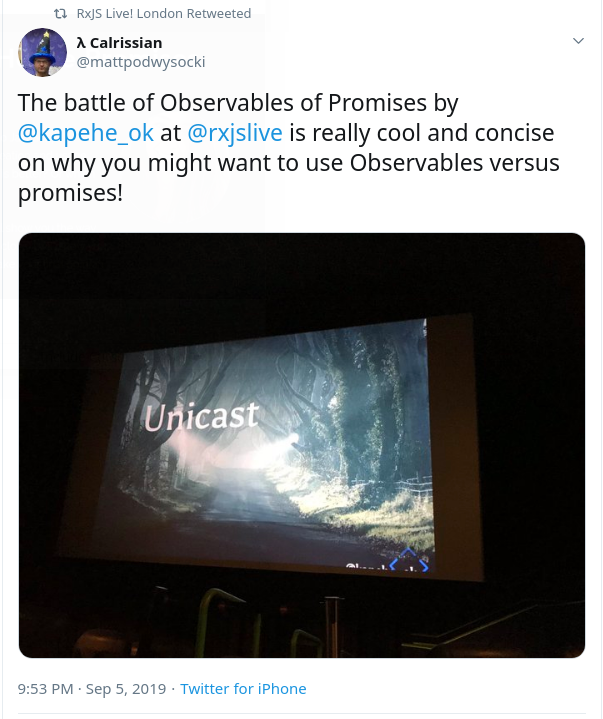 This is not all. I remember seeing this title in several conference schedules, but could now only find it in ngIndia: 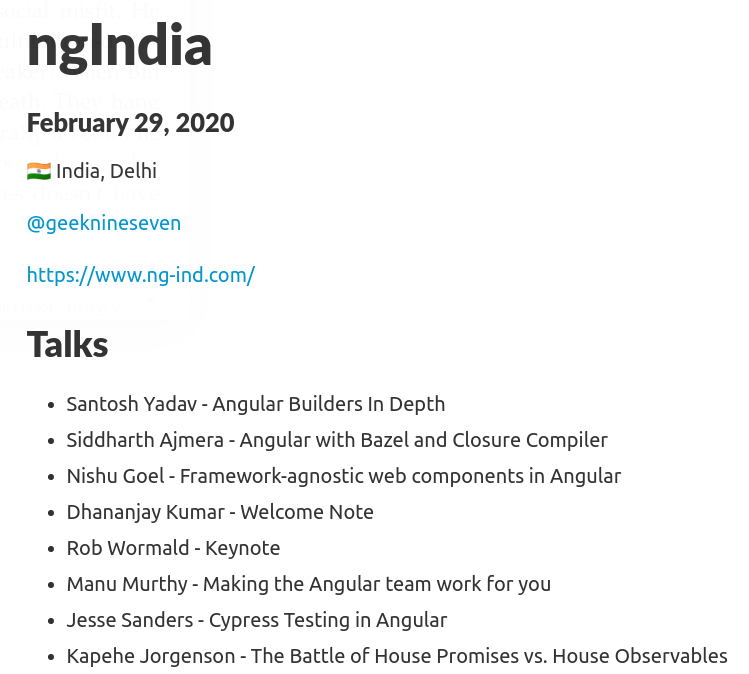 I am almost positive I’ve seen it somewhere else, too.

The topic, by the way, of comparing observables to promises, inevitably in favor of observables, is a standard exercise done as a part of introduction into observables, so much so that I find it bizarre that it was selected for a conference talk at all, let alone repeatedly.
Collapse