The Unicorn Project — a ruthlessly didactic piece of fiction intended to instill into the readers the virtues of the devops culture in the modern IT — is a literary abomination; and yet there I am, still listening to it. It is a sequel to another novel of this kind, The Phoenix Project, and in the preface the author asks the reader for some additional effort with suspension of disbelief, because the two novels are supposed to chronologically coincide, yet the second one is technologically more modern. But of course the effortful suspension of disbelief is required because the characters are largely unbelievable, very mechanical, sketchy, and dull.

Here’s the protagonist (a female, better suited for these modern times):

Maxine loves coding and she’s awesome at it.
...
Maxine knows her kung fu is amazing.
...

But hers is not merely a theoretical vocation—she loves nothing more than getting her hands dirty, creating business value where none thought it could be extracted, applying the strangler pattern to dismantle decades-old code monoliths and replacing them safely, confidently, and brilliantly. She is still the only person who knows every keyboard shortcut from vi to the latest, greatest editors. But she is never ashamed to tell anyone that she still needs to look up nearly every command line option for Git—because Git can be scary and hard! What other tool uses SHA-1 hashes as part of its UI?

Is this believable? A developer who "knows every keyboard shortcut from vi to the latest, greatest editors" (retch) doesn't know command-line interface for git? Because "git is hard"?! Because commits are based on sha-1 hashes?!! Are you fucking kidding me?


She likes functional programming, but for her that's lisp, not Haskell, and:

This is why Maxine is so dedicated to applying functional programming principles everywhere. Learning Clojure, her favorite programming language, was the most difficult thing she had ever done, because it entirely removes the ability to change (or mutate) variables.

Learning Clojure was the most difficult thing for a character who is awesome at code and has amazing kung fu?

She also visits a school classroom where kids learn how to code. Her two favorite kids are two girls, of course, but here’s how they are described:

She walks into the classroom and immediately sees Maia and Paige, two of her favorite kids to work with. They’re best friends but also fierce competitors, sometimes even archrivals. They’re both smart, ambitious, and have a gift for problem-solving.

They’re trying to complete a classroom exercise to compute the mean, mode, and interquartile ranges of an array of numbers in Python. She immediately sees they’ve made the same indentation mistake over and over again.

Smart, ambitious and fiercely competitive coder kids who rise to the level of arch-rivals and have a gift for problem solving are having a problem with white spaces in Python?!! My god!

I remember seeing this... whatever this is — a motto? an equivalent of a yearbook caption? — in this person's github profile, and not recognising this as a quote. This developer had by then given up on React Router after they had released version 4, and had built his own, called Found. I thought this poignant line was his way of referring to that situation. 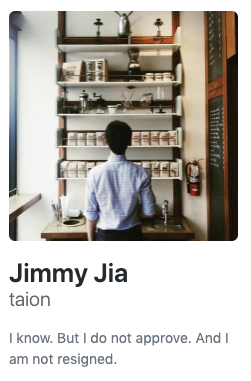 He has changed the caption since then... to a less memorable one: 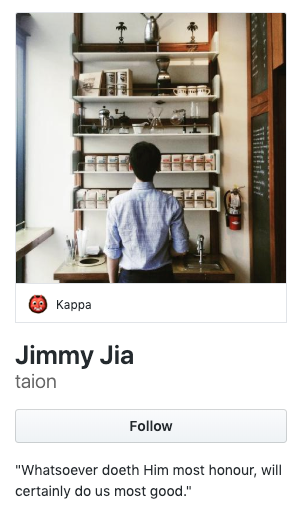 I was repeatedly told, when I was an undergraduate, that we could learn nothing from history. This was a recurrent feature of the Oxford history faculty back in the 1980s. Oh, no, how vulgar, only journalists do that. We are far too grand to learn from history. What a kind of petty bourgeois thing to want to do.
— Niall Ferguson, in a conversation with Will Self

Well, I feel a little bit vindicated by the Oxford history faculty from the 1980s.

The site of the Duke and Duchess of Sussex (aka Harry and Meghan) is very decently built with Wordpress (not a technology used for other royal sites). Decent designers, good frontend developers with a grasp of responsive layout and accessible markup, good backend people responsible for caching, due to which the site is fantastically fast.
Collapse