Oh wow, Sam Harris paywalled his Making Sense podcast, so that non-paying listeners can only listen to a third or maybe a half of an episode. I seem to remember him saying how he wanted his podcast to stay free, and just asking for donations every episode. Guess it didn't work out so well...

1) Listened to a fragment from the On the Media podcast, by NPR, about the word replacement, which has apparently become super charged in the US over the last couple of years. Got super annoyed by the host’s idiotic question "replace us? What does this even mean?". Isn't it obvious from the meaning of the word replace?

2) Which reminded me of Sam Harris’s conversation with Andrew Marantz, where Marantz accused Tucker Carlson of "dog-whistling to the alt-right" because of his use of the word "replace". In the process, discovered that Harris has paywalled his podcast, including, dickishly, previous episodes that used to be freely available in their entirety.

4) Also, looked up which particular Carlson’s comment Marantz was referring to.

The most likely candidate is this.

5) While researching this, found that Marantz was also upset by Carlson’s comment on diversity: 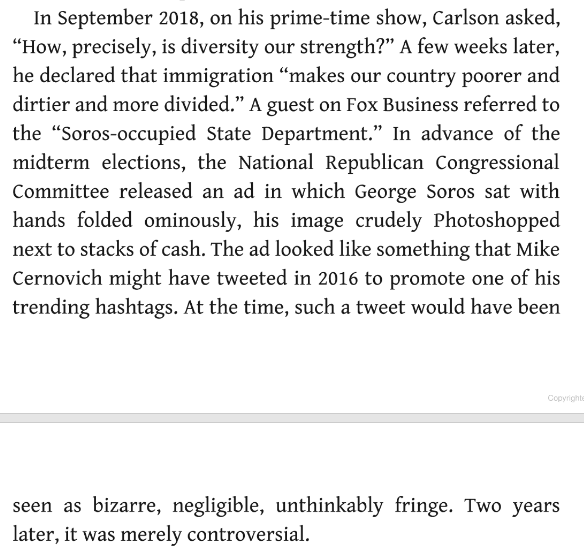 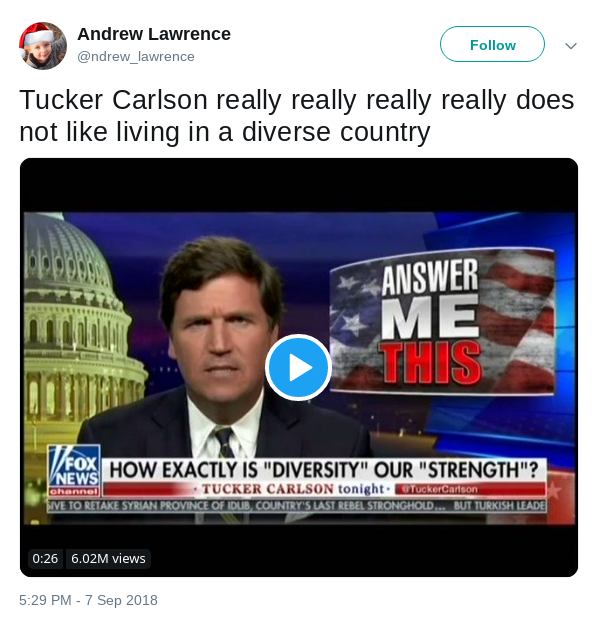 Carlson is a demagogue, of course; but I thought the question about diversity is a legitimate one, just to establish whether this claim is purely ideological or whether there can be any factual basis to it. Apparently, according to Marantz and the Twitter guy, it's not open to discussion.

6) But most curiously of all, while googling for the replacement theory (commentators tend to call it a conspiracy theory; I was trying to figure out the conspiracy part), I found the pdf of the manifesto of the El Paso shooter. I am surprised by how coherent it is. I mean, I’ve seen a lot of texts that leave an impression that their authors are either incapable of thought, or unable to articulate their thought, or both; but this guy is unexpectedly lucid and articulate for a mass murderer.

Julius Caesar could write in Latin Veni, vidi, vici, in which the subject is understood from the verb form; and although in some modern Romance languages like Italian or Spanish it is possible to do the same thing, in English we cannot imitate him by adopting an equivalent expression **Came, saw, conquered, since we must write I came, I saw, I conquered.
— Norman Blake

Interesting. I thought an informal diary style allows elision of the subject, when it’s obvious that the verb refers to the writer (just checked with Bridget Jones’s Diary to make sure this is so); and I am certain I heard native speakers omit the subject when describing how they spent the previous day.
Collapse