Not for the first time I hear the letter H in an acronym (in this case, HTML) pronounced with a strong initial aspiration, as if starting with an /h/ sound. Online dictionaries (both BrE and AmE) don’t acknowledge the variant with the initial /h/.

There’s another common initial h, also absent from dictionaries, that has been amusing me for quite some time — it’s the initial /h/ in words beginning with wh-: all those whens, whats, wheres, maybe whales. As if an echo from the opening Beowulf’s Hwæt. I think I only heard that from BrE speakers.

This had to happen sooner or later.

An article on the front page of the Times today tells a story of an unexpectedly rich university professor who proposed to donate a million pounds to two colleges to provide scholarships for white boys from poor families.

The key word here is white. (Not sure whether "boys" is significant.) The professor reasoned that since there already exist scholarships specifically for black kids, then why shouldn't there also be scholarships for whites?

Which, for a layperson like me, who is continually mildly nauseated by all those efforts focused exclusively on specific disadvantaged groups, makes nothing but sick sense. But the colleges, after some deliberation with their lawyers, refused. 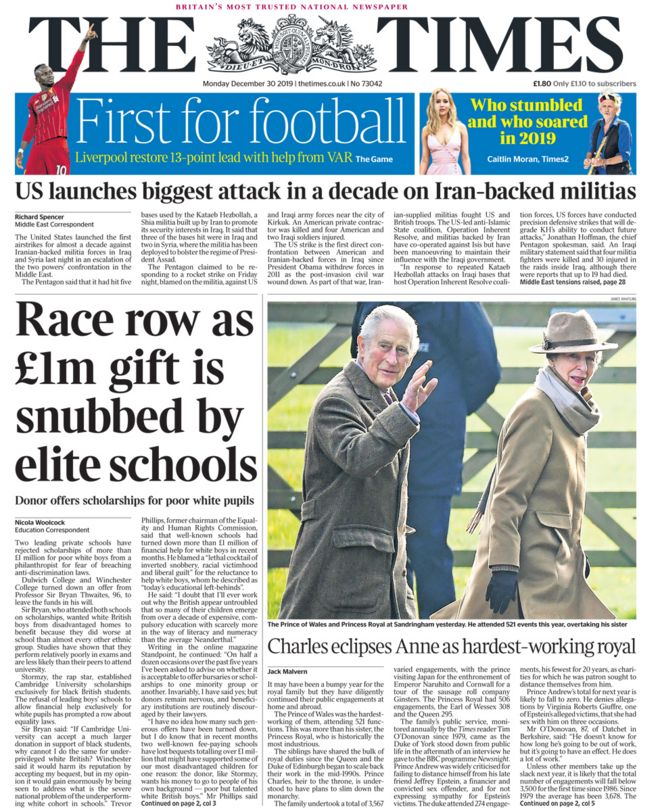 A page from a very readable A History of the English Language, by Norman Blake: 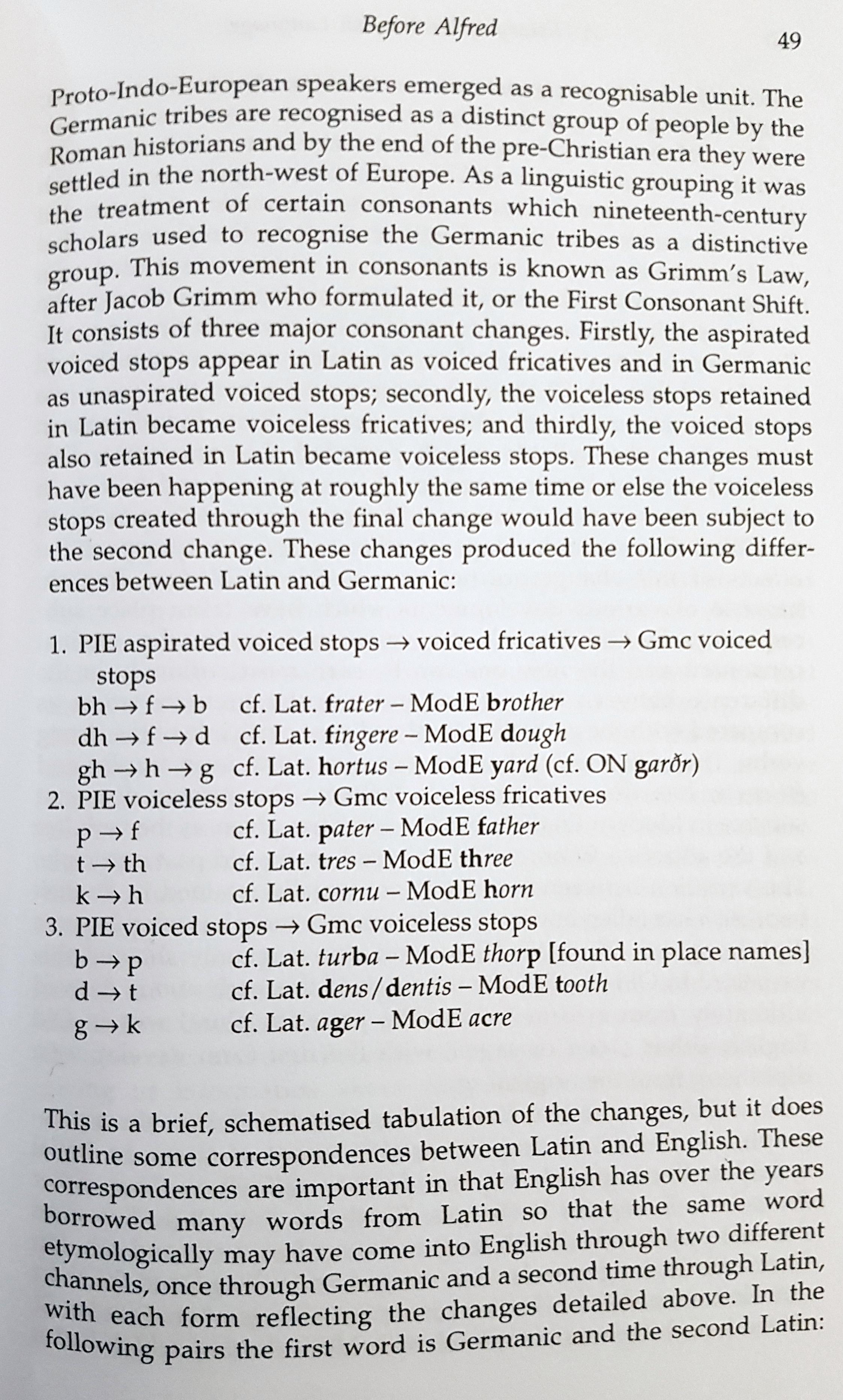 What's puzzling to me is his insistence that "aspirated voiced stops [from proto-indo-european] appear in Latin as voiced fricatives", which he repeats in the schematic below (as change 1), although all his examples show voiceless fricatives. I can understand an accidental slip of the pen/typewriter once — once is happenstance — but twice?

I never wondered about how the subtitle The Rise of Skywalker will be translated into Russian until I saw someone write today Звёздные войны: Эпизод IX — Восхождение Скайуокера. Intrigued, I googled for confirmation, and found that the actual official variant is even stranger: