Cartoon on the cover of the Christmas issue of the Spectator: 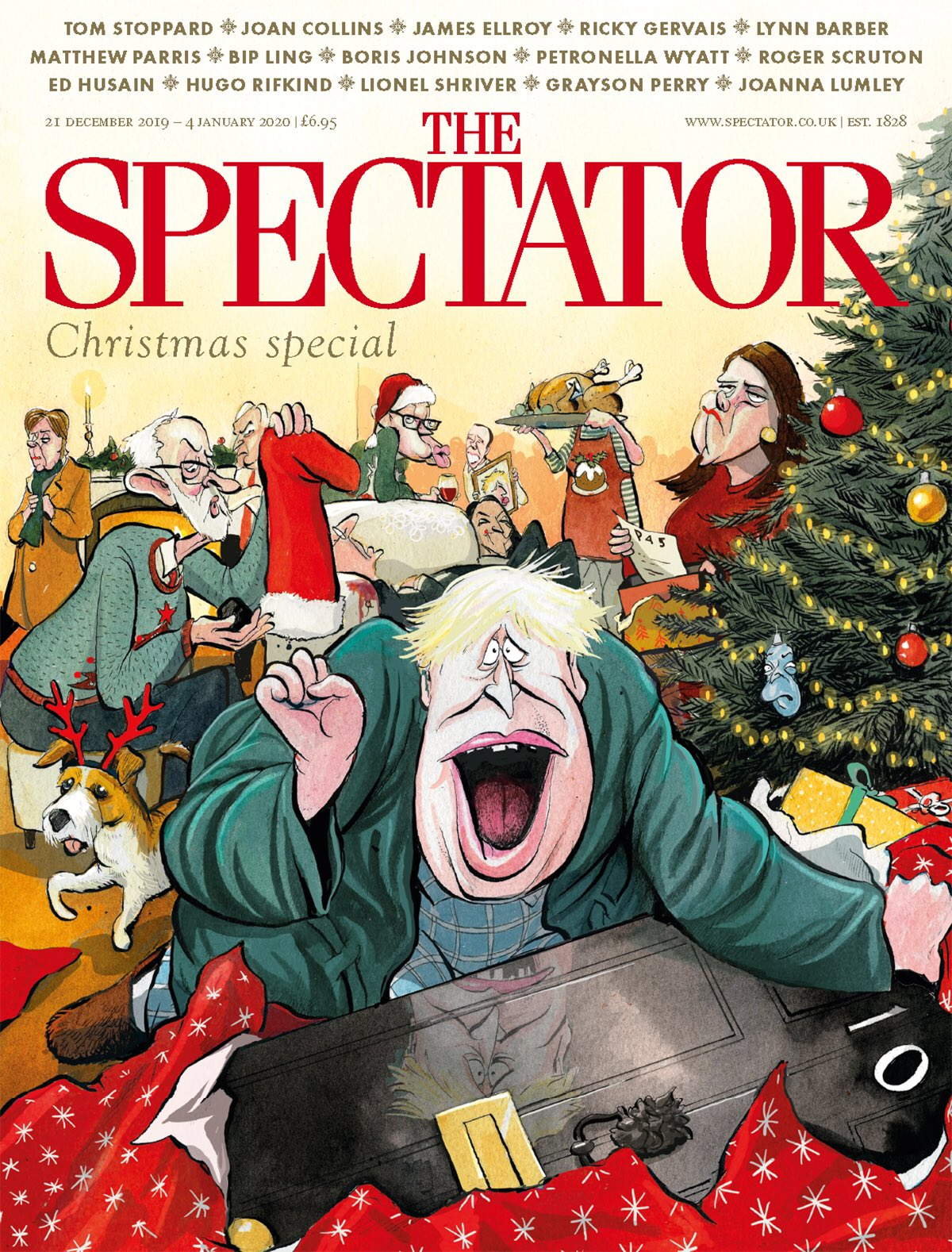 To Boris, Santa brought the door to number 10. Corbyn (no cap, but still wearing a star, cleverly put as a decoration of the christmas tree on his sweater) got just a lump of coal. There is Boris’s dog, a jack russell cross, Dylin. Jacob Rees Mogg lounges on the sofa — his posture is now probably as inseparable from him in cartoons as red star from Corbyn or naked torso from Putin. Farage is reduced to a Christmas tree bauble. Jo Swinson holds a P45 form — I had to look it up; it's a tax-related document that an employer provides their former employee with; so a symbol of her losing her position as leader of liberal democrats. Nicola Sturgeon is heading outside the frame quite determinedly — is it a hint at her demands of another Scottish referendum?
Collapse