A random joke from Pratchett. In The Last Hero, a small group of senile barbarians (aka the horde) arrives at the assembly of gods and tries to blend in. The gods, seeing through their thin disguise, ask them questions. This is when this exchange happens:

— And are you omnipotent?
— Aye, lass, but there’s pills I’m taking for it 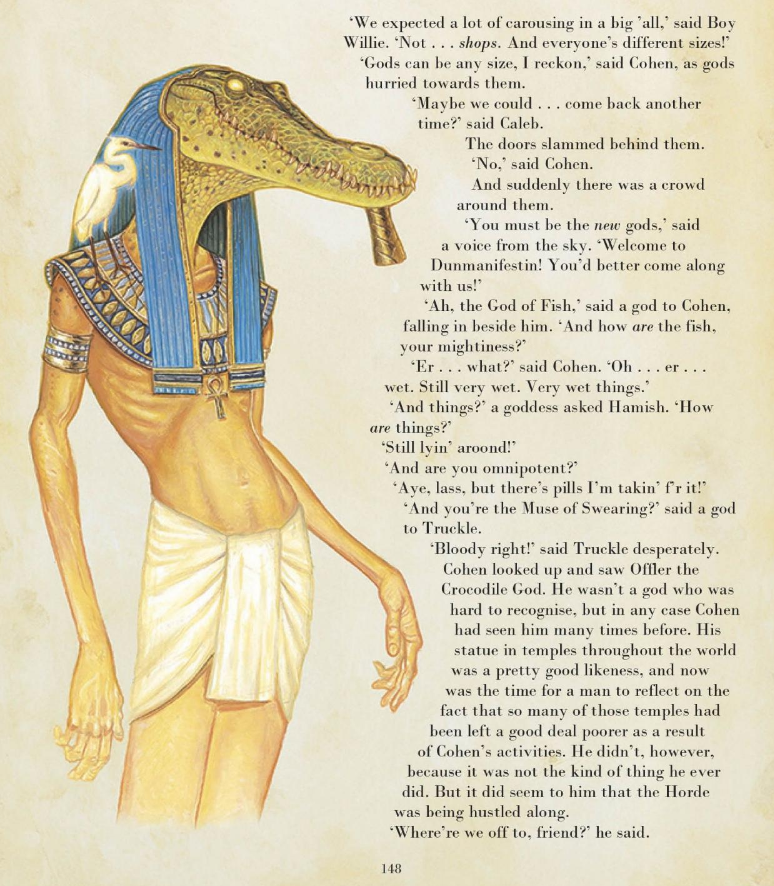 The Russian translation (I didn't believe my eyes at first, but it’s from a published book, so there) goes like this: 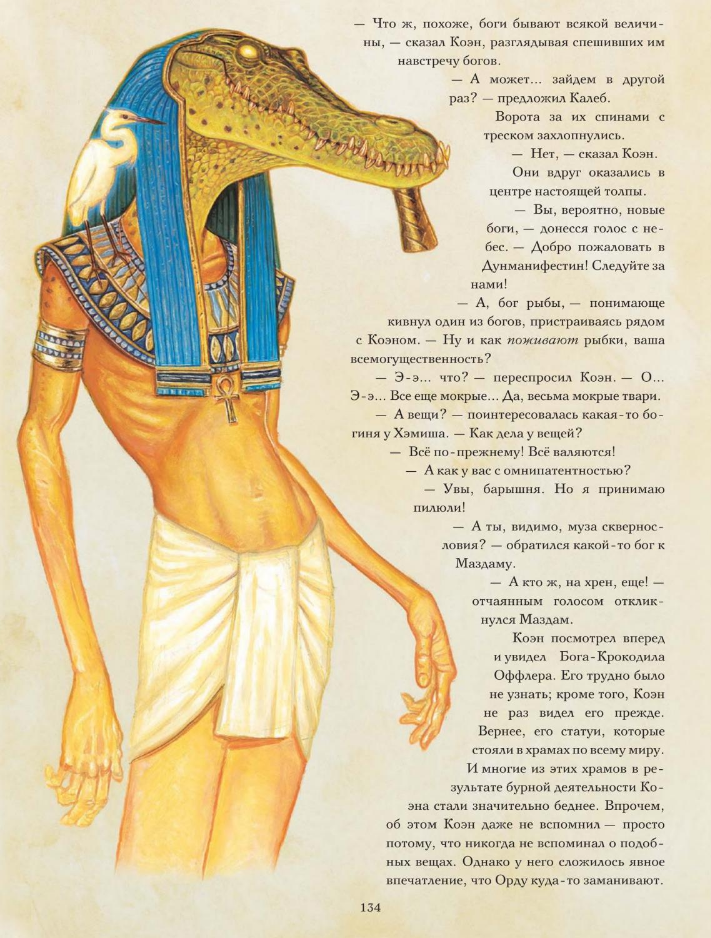 First, what the fuck’s with the spelling? па-тентностью? Second, I think the Russian translation has actually inverted the joke: while the original is an unmistakable play on impotence, in translation the old man may be understood as being asked whether he is infinitely sexually potent, and to reply that sadly no, but he is taking pills to become such. Finally, thirdly, this is a rare occasion when the joke could have easily been recreated in Russian, and perhaps made even funnier than the original, were the translator to use the word вездесущий. 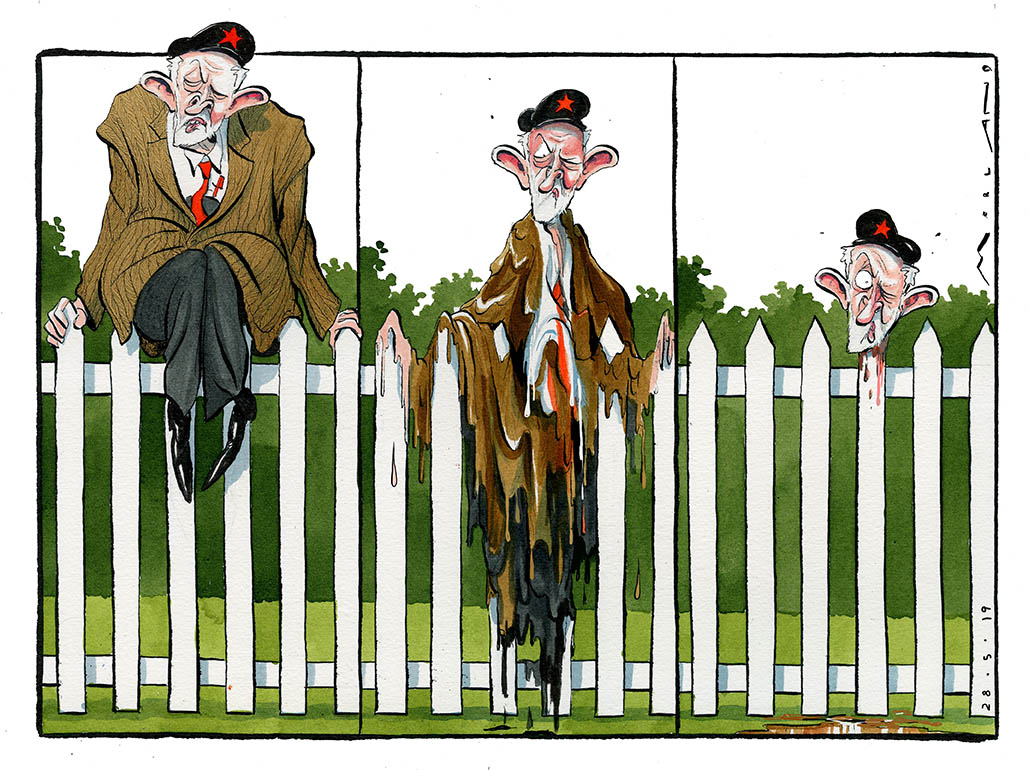 Also, his new cover for the Spectator. Notice the torn Brexit party rosette on the floor, and a ring of EU stars on Jo Swinson’s diadem. Notice, too, the tied Rees-Mogg hidden behind the curtain. And a peculiar angle at which Nicola Sturgeon barely enters the frame. 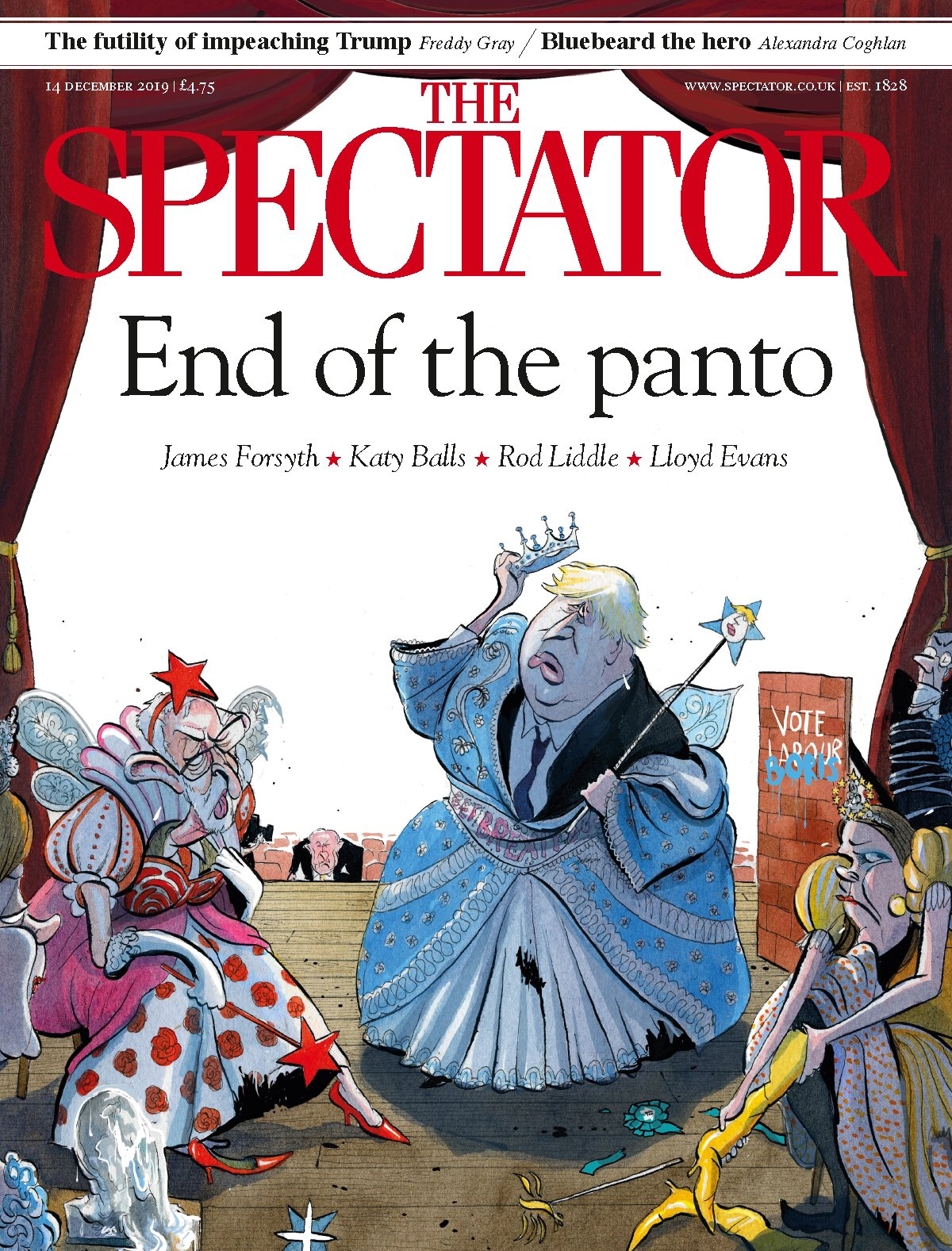