A beautiful cartoon from the cover of The Economist: 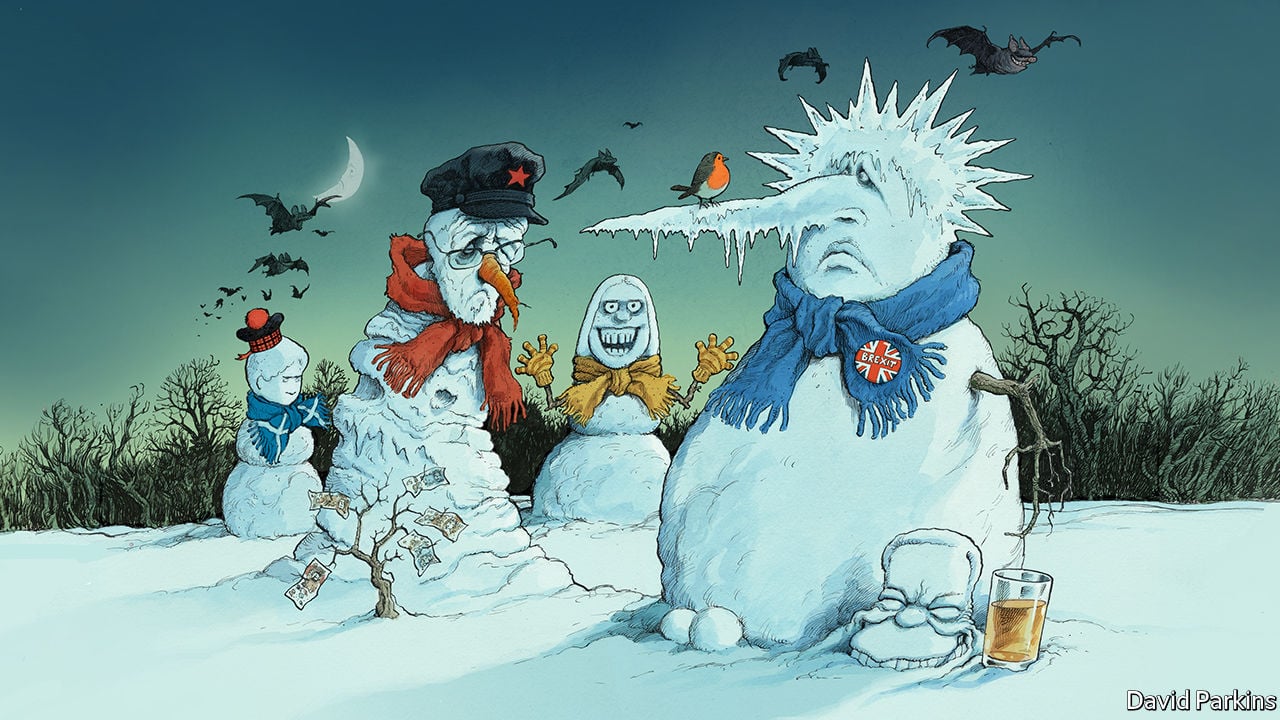 Apart from the obvious (snowmen, because winter elections), there are a number of other semantically significant details

- obviously, the color of the scarves/gloves is the brand color of the respective party
- the size of the snowmen reflects their rating in the polls (libdems third, snp fourth, brexit at the bottom)
- positions of the snowmen seem to represent their respective positions on the political spectrum (Corbyn left, Johnson right, Swinson in the middle, Farage on the far right. Not sure about Nicola Sturgeon though — she can't outleft Corbyn)
- Farage is being absorbed by the larger Johnson snowman
- there is a "magic money tree", significantly closest to Corbyn
- there's an inevitable mug of beer next to Farage
- surprisingly no Greens though
- also not sure why Corbyn's snowman is the worst for wear
Collapse