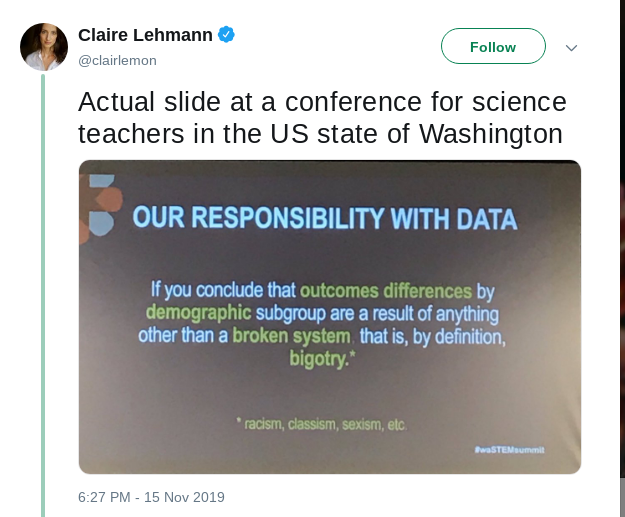 Two things. First, her comedic persona is still largely built upon her Russian heritage — most of her monologue is in one way or another about Russia. This is very typical of modern comedy (build upon your identity, etc.) and, I think, is a weakness. You can gauge by how many of the audience join in the laughter about her Russian jokes (compared to her jokes about Britain or about sex) that Russia isn’t really on the top of their minds. Some Russia-related gags receive a rather cautious polite laughter.

Which is a bit of a shame, because some of her non-Russian jokes are pretty clever:

Yale, bless it, has released a course of lectures on contemporary politics / political history, which, by the sound of it, may be interesting.

- the ghost of Christmas something? 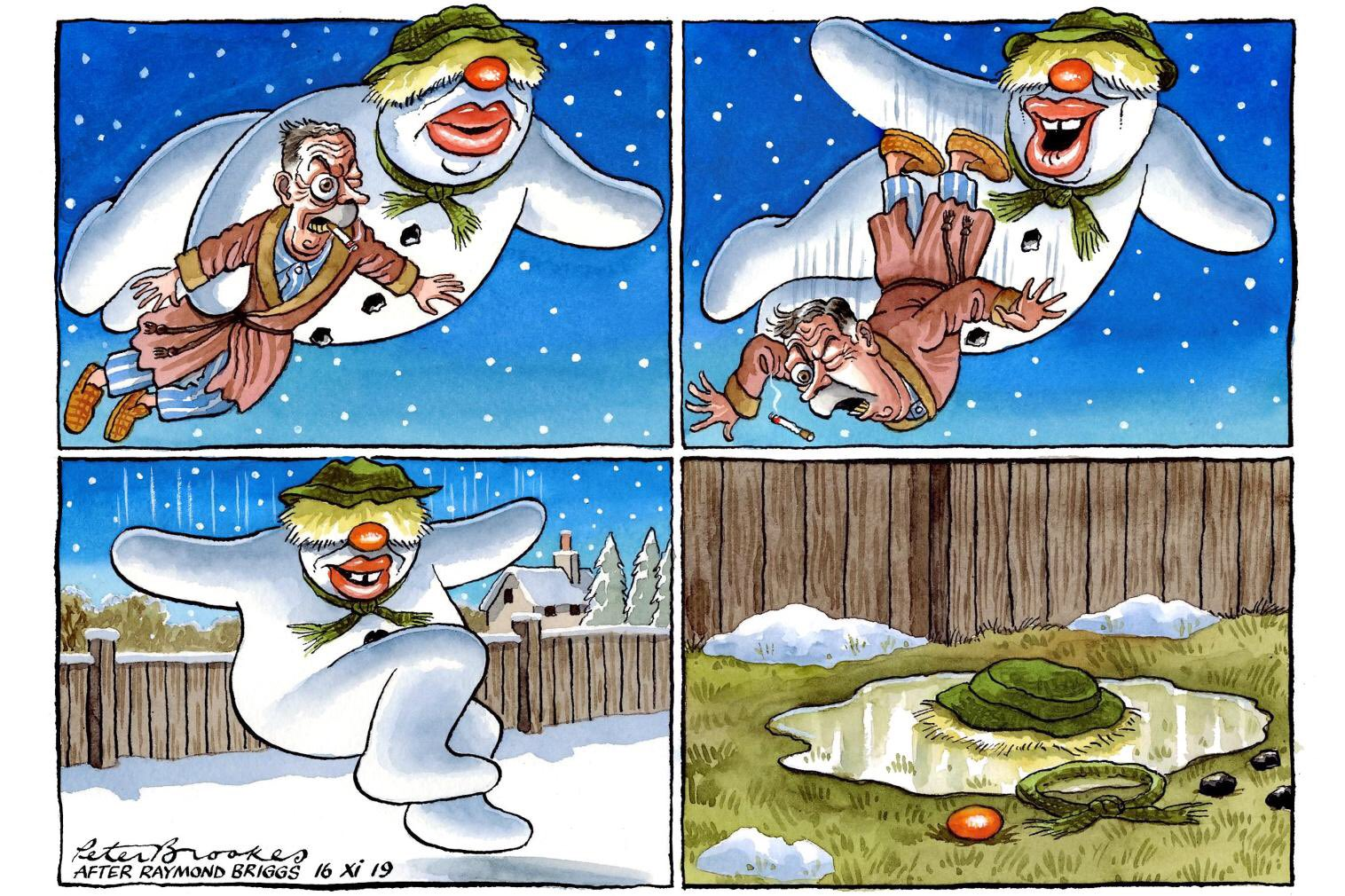 - Boris and Nigel have struck a deal 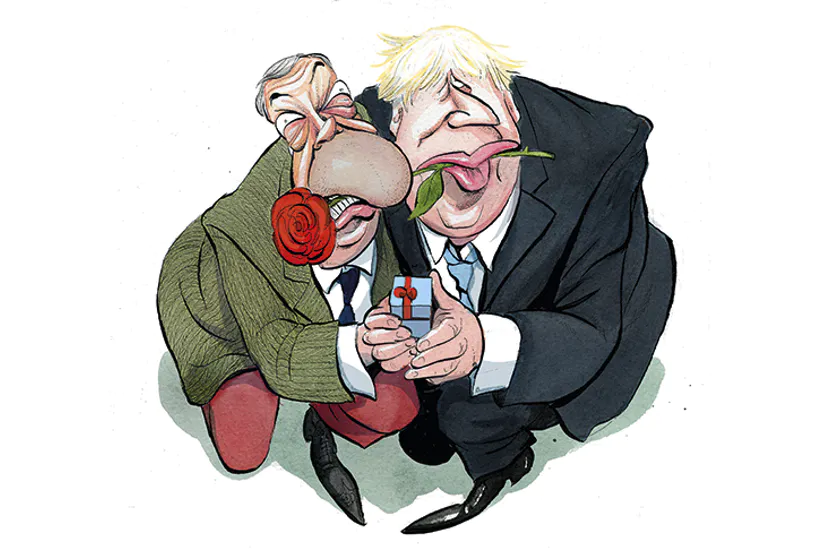 (by Morten Morland, from the cover of The Spectator)

- a number of regions in Britain were flooded last week; and became the focus point of the election campaign 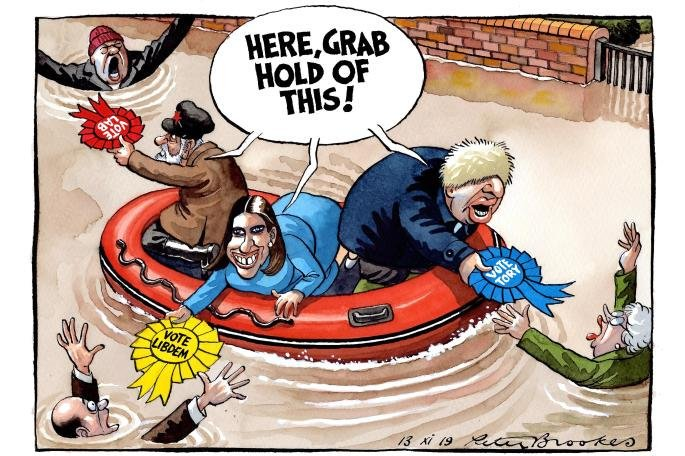