A jeremiad on the antisemitism of Labour in the previous week’s issue of The Spectator: 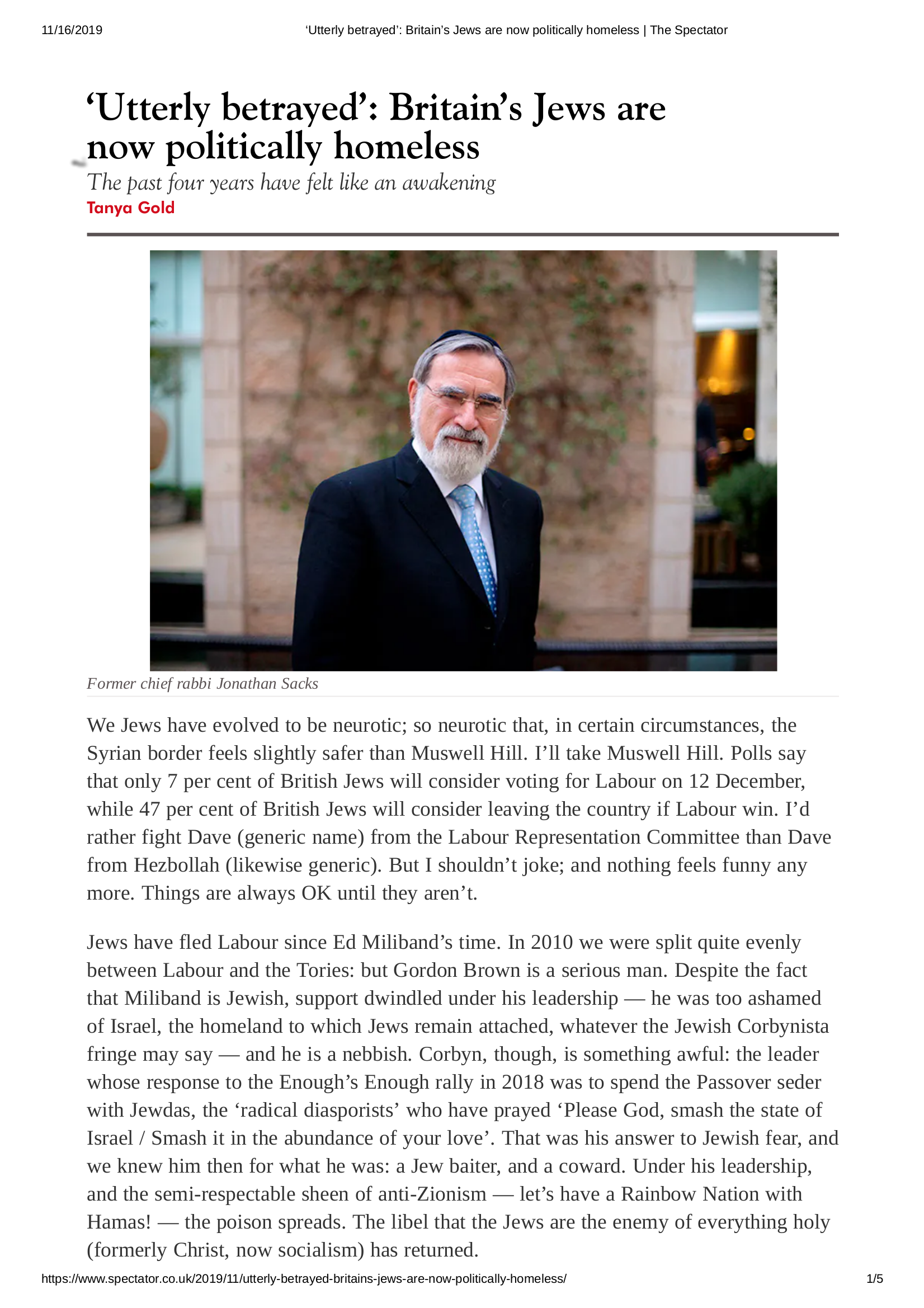 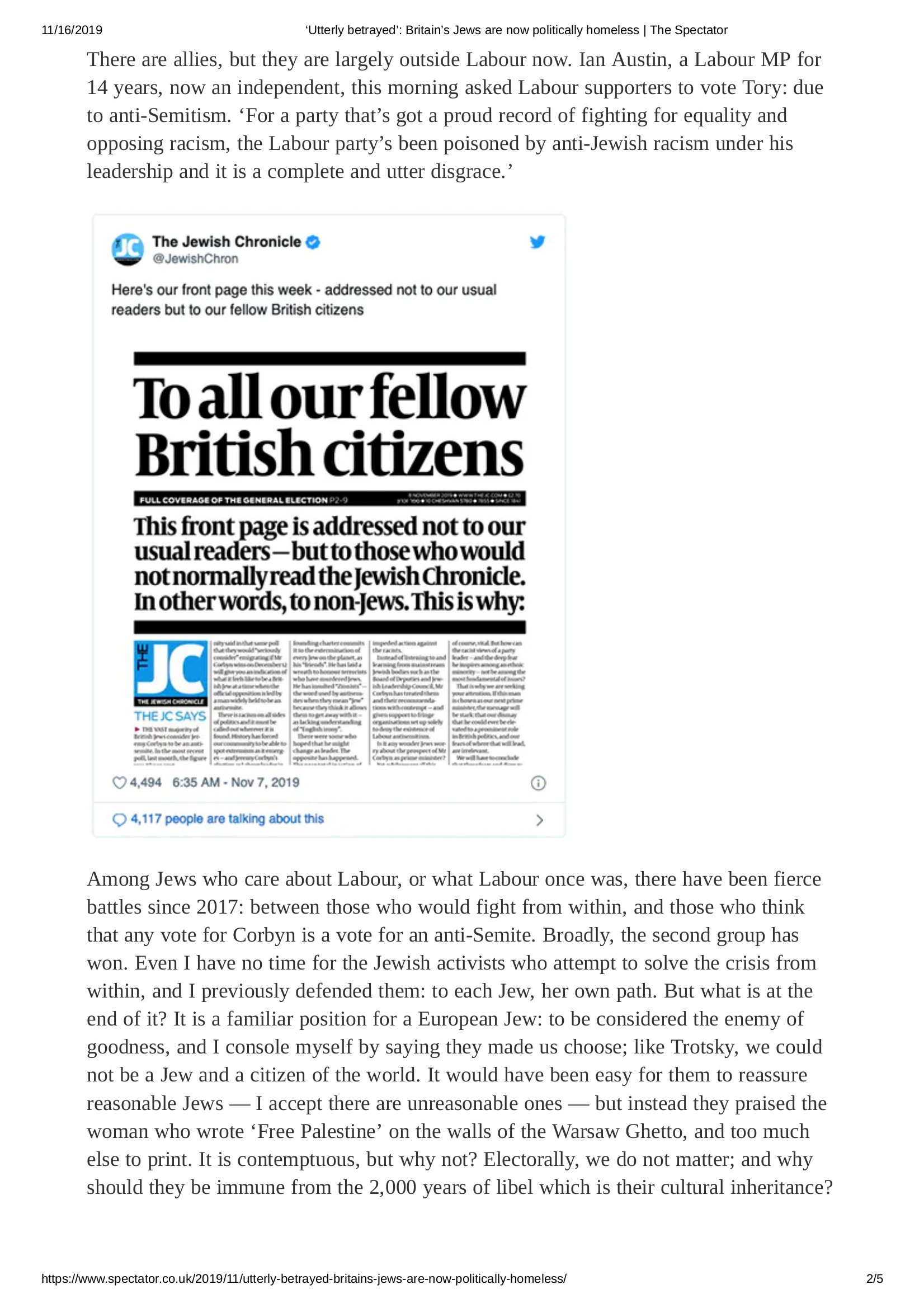 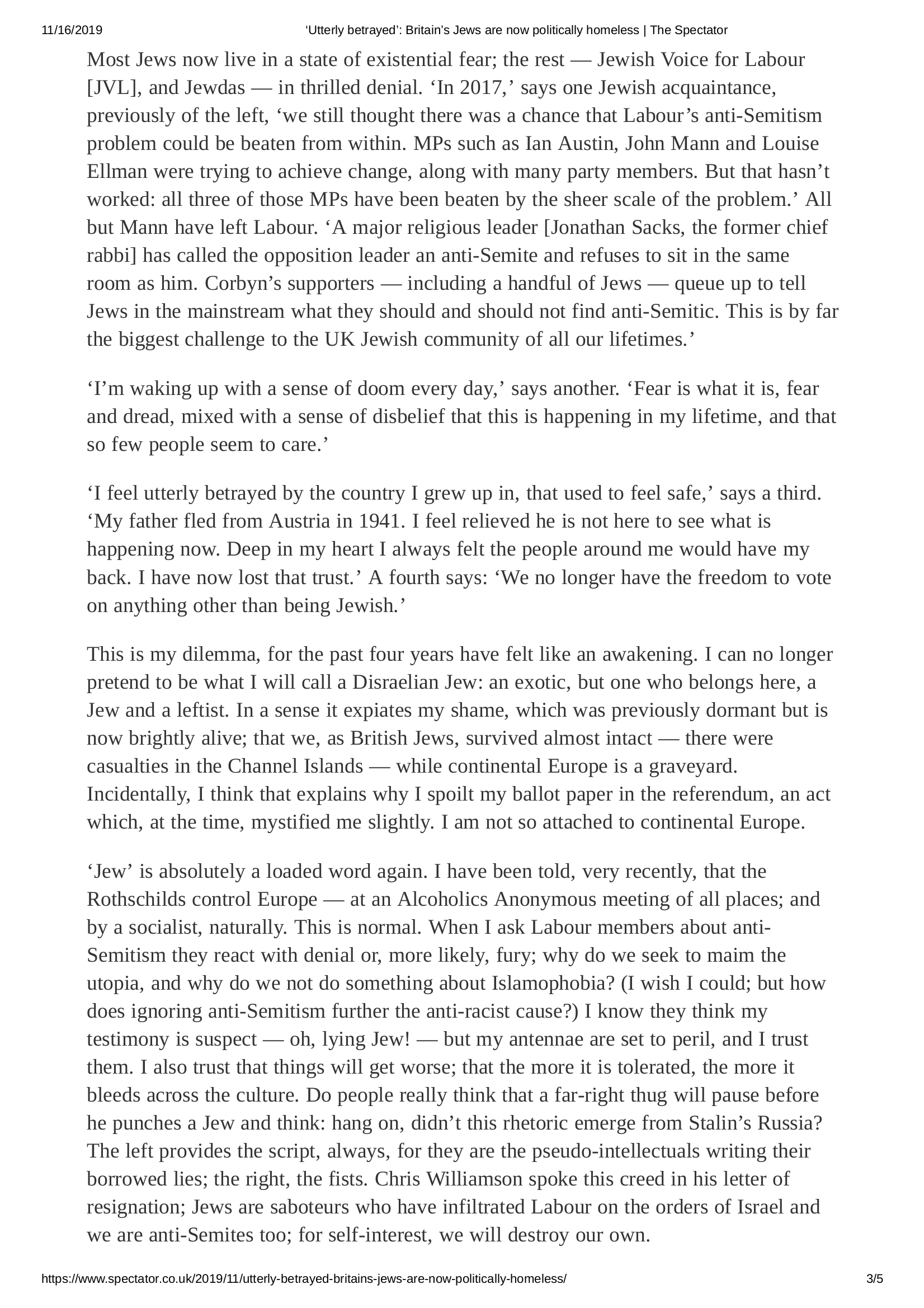 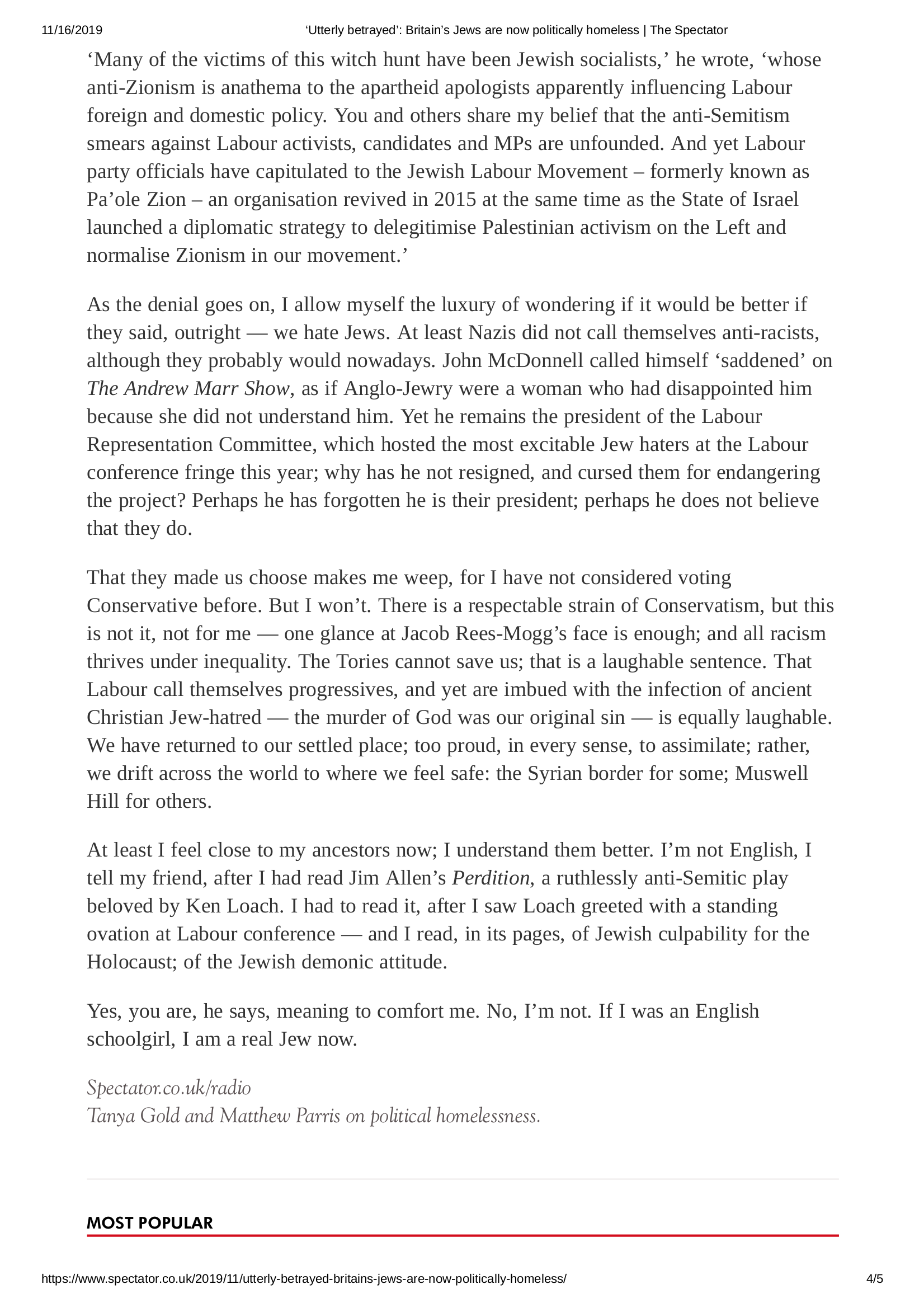 I have to admit, I don’t get it — probably because I don’t quite understand what Jewishness entails, and what the real antisemitism is. Based on examples from the German, Polish, Imperial Russian, or Soviet history, I have grown to think about antisemitism as a kind of oppression of observant and later ethnic Jews — from limiting their movement around the country, barring them from getting a higher education, or closing access to prestigious professions, to physical extermination. But what the article goes on about is clearly not it — to begin with, Jewishness in it seems to be religious, not ethnic. The worst examples of mistreatment that the article gives are some symbolic gestures: saying how the state of Israel should not exist, or expressing support for Hamas, or saying something dismissive about Holocaust, or suggesting that Rothschilds control Europe — this is all so minor, so insignificant; and yet, as quoted in the article, some complain they don’t feel "safe" ("I’m waking up with a sense of doom every day", "the country... used to feel safe"). The statistic "47 per cent of British Jews will consider leaving the country if Labour win" sounds utterly insane. Is it similar to what was happening during the 2016 US elections, when many would announce how they would leave the country if Trump won? I haven’t heard of any noticeable exodus from the US since he became president.
Collapse